Home Archives Contact Us Subscribe Twitter MeWe Facebook Patently Mobile
Contrary to a Gloomy Report Published this Week, the iPad remained the #1 Tablet in the World in Q4 2016
Apple and Samsung Continue their Gigantic Lead as Top Global Semiconductor Customers in 2016 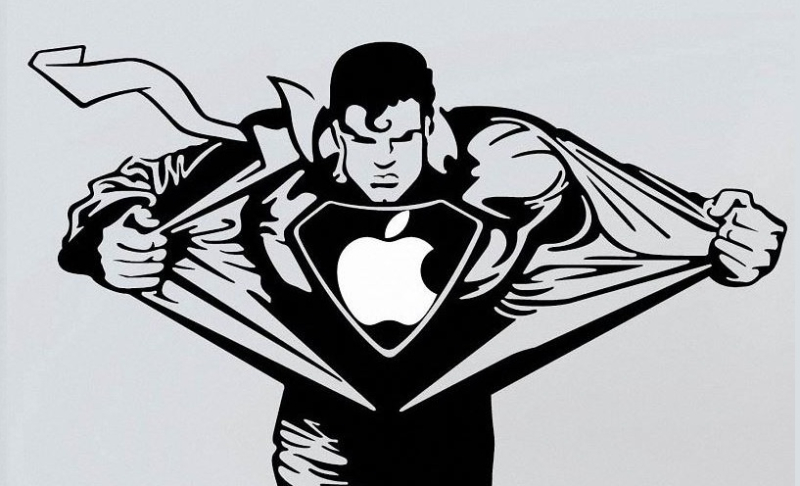 Silicon Valley CEO's are back at it again. They can't help it, they're addicted to hearing themselves spout off opinions that should be kept as private citizens or kept for private discussions to be diplomatic. In a loud letter to President Trump the letter begins by stating that "Since the country's birth, America has been the land of opportunity – welcoming newcomers and giving them the chance to build families, careers, and businesses in the United States." How condescendingly stupid.

Donald Trump's father was an immigrant. How stupid are these tech heads for thinking that the President of the USA doesn't know that first hand? The issue isn't randomly about stopping "immigrants" entering the country, it's about stopping an insane open door policy allowing immigrants in from dangerous countries with no ID to confirm who they are. But the Democrats believe that anything goes, anyone can can come to the USA and just stay in in a nice sanctuary city. They even invoke memories of the Holocaust, as if it applies to this situation.

Who needs immigration laws anyways, right? Even if you're a terrorist who believes in Sharia law and female mutilation of millions of woman every year and who hate gays to the point of wanting to kill them. Who cares? Just open the flood gates because tech companies need workers – even though 90% of them come from India and Asia in general.

But who cares, just dump on Trump. Just start riots at Berkeley because left wing students don't like a speaker. What the heck, just accept all the Muslim rejects from Australia because Obama made a deal to do just that.

What happened to diplomacy? President elect Trump was good enough to privately discuss matters with the tech community like a grown up and vows to fight for them against China's bully tactics. They're all going to get a huge tax break and a tax holiday, saving Apple some $69 billion dollars. But oh no, a 90 day program to create a new vetting process is just too much for these egotistic CEO's. They can't help themselves, they have to be societal superheroes.

I know that most tech heads in California and Democrats in general have this warped view, but it's out of control. Just today the Democrats didn't even show up to vote on Trump's Environmental nominee. Didn't show up. Wow, what a lesson in chaos they're sending to the rest of the country and to rioting students. As long as Trump is President, laws don't apply until the Democrats are back in office and the borders are open again. How dare a President want to have borders. Is he crazy? Children of America listen up. If you don't like your teacher, write a letter to the principal and refuse to go to class until you win. Ya, that's life in the stupid lane in California, Chicago, New York and Washington. Great example guys.

And Tim Cook, oh well, he just had to get his name on that letter today because darn, he's going to receive a new award for speaking out about everything. That's just what we love about an activist CEO. He's in great company with Congressman John Lewis who, contrary to the election results, doesn't believe Trump is a legitimate President. Unless a Democrat is in the Oval Office, Lewis has called Bush and Trump illegitimate. Who cares about the majority of the States who voted him in with a landslide? He's a civil rights leader and what he says goes. How do you get your kids to respect someone who thinks they're above the law and who thinks they're word is from on high because they walked in a protest in the sixties?

We're now living in one of the most bizarre times in U.S. history where mob rules, where illegals can shoot and kill an American but be sheltered by Sanctuary city mayors. Where asshole music stars like Madonna wear a badge of honor for saying that she's thought of blowing up the White House. Yes, Cook and friends are real trail blazers into an America with no rules, no laws, no borders and rights for everyone including killers.

Just remember to be kind, smile and everything bad will go away. And if not, just resort to bullying, rioting, endlessly protesting and writing letters to the press to annoy half of the country who don't happen to believe in their brand of politics in the name of their respective companies. They don't care that half their customers are not on board with their political beliefs. Who cares, they have the power and the money, so what are you going to do about it? But hey, they're the just ones. They're in the right. They say, write and proclaim that President Trump is like Hitler and yet they're the ones that are causing the chaos that we see on TV every night. They don't have a shred of tolerance.

I keep pinching myself hoping that I'll wake up and laugh at just how real this nightmare seems to be. But it's not working. I thought Apple's CEO Tim Cook would stick to business, be a voice of reason and set an example with quiet diplomacy. How stupid of me.