Home Archives Contact Us Subscribe Twitter MeWe Facebook Patently Mobile
To Avoid Note 7 Style Battery Fires, Apple Patent Reveals Instituting a new Heat Dissipator made of Graphene
Samsung Officially Chickened Out for a 2017 Foldable Smartphone, but Apple has Shown us it has a Bright Future 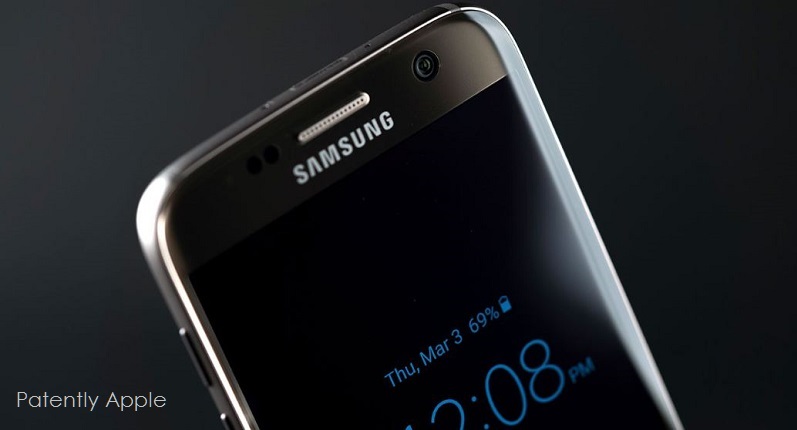 Today a new Apple patent application revealed that future iDevices may use a heat dissipator made of graphene to keep devices cooler and safer. That's important as Apple's next generation of smartphones will be offering wireless charging. Coincidentally today we learn that Samsung's next-gen Galaxy S8 will introduce both an entry model with a 5.7" display and their premium model offering a 6.2" display.

So how is Samsung going to handle the heat for yet larger smartphones? Well, they plan to play it safe by simply using the same battery size used in the Note 7 and just have more room to breathe. While Apple will be offering a real solution for heat dissipation, Samsung has chosen to go quick, cheap and brainless way as expected.

After confirming the two display sizes, the Korean report today noted that "The first will be fitted with the 3,000mAh battery while the latter will come with the larger battery capacity. The ill-fated Galaxy Note7 that exploded its way to an early demise had also featured a 3,500 mAh battery."

The report went on to quote a Samsung official stating that "After completing a rage of tests, Samsung made a final decision to deploy the battery capacity for the two S8 variants.'

Samsung is said to have recently started receiving smartphone components in large volumes from its partners for the mass production of the S8.

After the Galaxy Note 7 crisis, the company is said to have made some change to its battery supplies, by tapping Murata Manufacturing of Japan for the S8 battery supply."