No, Apple's CEO Never Said he was Considering Suing the Government 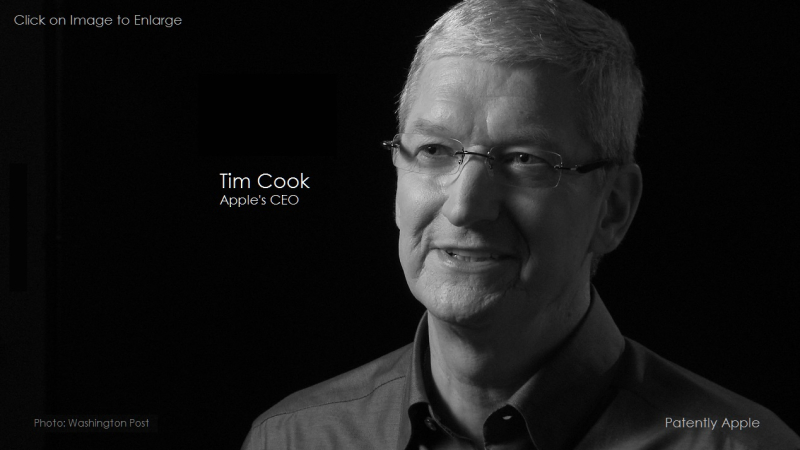 Last week we reported that Apple's CEO met with Ivanka Trump and husband over diner to talk about issues. In fact it was the night before President Trump signed the Extreme Vetting executive order. Cook reportedly told the Wall Street Journal that he impressed upon senior people at the White House why repealing the executive order is important not only for Apple but for the country. That's a measured response. No grandstanding, no running to the press to scream the sky is falling. Cook's quiet diplomacy that was measured is appreciated this time around.

The Wall Street Journal was an enemy to Presidential Candidate Donald Trump and now that he beat the odds and became president against the will of the left wing press, they couldn't help themselves with a story today titled "Apple Considers Legal Options against Trump's Immigration Order." Really? I didn't read any evidence of that.

The report stated that "Mr. Cook declined to elaborate on Apple's possible legal options." Which means it's the slant of the Wall Street Journal that Apple is considering to sue, not that it was ever really a part of the conversation and definitely not on the record. In reality, Cook's real statement was "we want to be constructive and productive." Once again, Apple is trying to stay focused and stick to business and not get caught up in the absolute hysteria led by the Democratic Party and most of Silicon Valley's big wigs who still can't get over their candidate lost the election. Grown executives acting like five year olds is so sad to see.

While Cook said that he heard "heart-wrenching stories" about how the order will affect friends and family of employees, I didn't hear him talk about it hurting Apple. I don't believe that at the moment it is affecting Apple and we'll have to see how this plays out over time instead of jumping to conclusions and hysteria about another Holocaust that Jewish politicians seem to love to throw around to invoke anger. That is disgusting to abuse that imagery.

So far Apple's CEO is walking the line but still remaining sane. Apple could benefit from the Trump administration greatly with repatriation that could save Apple some $69 billion dollars if the one-time tax holiday comes through at the 10% rate that's been talked about.

This is a benefit not from the Obama administration or the Bush administration or the Clinton administration. No, it's from a President that the Wall Street Journal loathes. Instead of Silicon Valley putting out a letter praising Trump for helping US tech giants bring home hundreds of billions of dollars that will potentially benefit shareholders – they've decided to collectively sue the government over something that at the moment is only a temporary measure. There's one word for that: Hypocrisy!

Trump is and will be a champion for business in the big picture and so I'm hoping that Apple's CEO will keep his personal feelings to himself and focus on the good from this administration that will benefit Apple.

Apple's Tim Cook got sucked into the transgender bathroom issue that hurt North Carolina – and was likely a turning point in the election against Clinton because of that single issue. Political activism from corporations, rock stars, actors all have consequences beyond the tip of their nose. They lose fans and constituents because of fanaticism on one side or the other.

No one is saying one can't rationally make a comment here or there, because that's only normal. It's like accepting a clean body check in a hockey game; it's just part of the game.  But to talk about wanting to blow up the White House like Madonna did and invoking Nazi symbolism in rallies is so erratic that I still can't believe how far left America has become.

I'm hoping that Apple's CEO will be measured in his response to the Trump administration because a lot of Apple fans who voted for Trump don't want to hear Apple taking a radical position to satisfy a personal grievance. The late Steve Jobs understood that Apple has customers on both sides of the political aisle.

Yesterday during Apple's financial conference call, one of the questions to Tim Cook was about what Apple would do with their $230 billion coming home under repatriation.

At the 24:35 mark of the Conference Call: Cook: Katie I am optimistic given what I'm hearing there would be some sort of tax reform this year. It does seem like there's people in both parties that would favor repatriation and as a part of that … so that would be very good for the country and good for Apple." No kidding.That will help pay off that $13 or 14 billion the EU is demanding they pay for back taxes.

As for the Wall Street Journal – they'll continue to invent stories and create flashy bylines to push the tide against Trump at every turn. It's like sticking a verbal knife in Trumps back as a personal vendetta. It's another sad day for journalism.