Did TPK's CEO let the cat out of the bag about a new Apple iPhone 8 feature coming later this year? Last night TPK's CEO was having a financial analyst conference and he talked about 2017 looking to be a very successful year after two bad years due to iPhone sales not living up to expectations.

"We are looking at a much bright year 2017. We expect revenue to grow year over year in every single quarter this year and every quarter will be profitable too," Michael Chung, TPK's president and chief executive, told a Thursday earnings conference. "Now we have come out of the dark tunnel we passed 2016."

The first half of 2017 would not see the painful inventory correction of the year before, Chung said. There was also the opportunity to supply products for some new tablet products, he said, referring to the new iPad range set to be released in the second quarter.

The Taiwanese company relies on Apple for some 50% of total sales. Its second-largest customer is Microsoft, which accounts for 20% of revenues.

TPK supplies force touch technology for the iPhone, touch panel assembling for iPads, the touch bar for MacBook Pro, and touch panels for the Apple watch and Microsoft Surface tablets.

The Taiwanese report doesn't clarify whether the news of a new 3D Touch module was made during the financial meeting or privately to analysts but a Taipai-based research firm stated that investors walked away positive about 2017 and especially because TKP was supplying Apple with a next-gen 3D Touch force module for their new iPhone.

More specifically, the analyst stated for the report that "The average price per unit of 3D touch module in the past is around $8 to $9, but the price for the more sophisticated force touch module for this year's new iPhone will rise to some $14 to $15. That would definitely help boost the revenue of suppliers in the second half of this year."

Yesterday Patently Apple posted a new patent application report pointing to a new dimension to touch that Apple engineers dubbed 'Shear Force.' It's a new kind of touch for lateral movement. What engineers call it and what Apple's marketing team decide to call it are usually two different things. But the "more sophisticated force touch module" could actually include 'Shear Force' as described yesterday in our report. That would be cool if it came to market so quickly. At least we know that 3D Touch will be upgraded. Whether Shear Force will end up being the secret sauce behind it will remain a mystery until September. 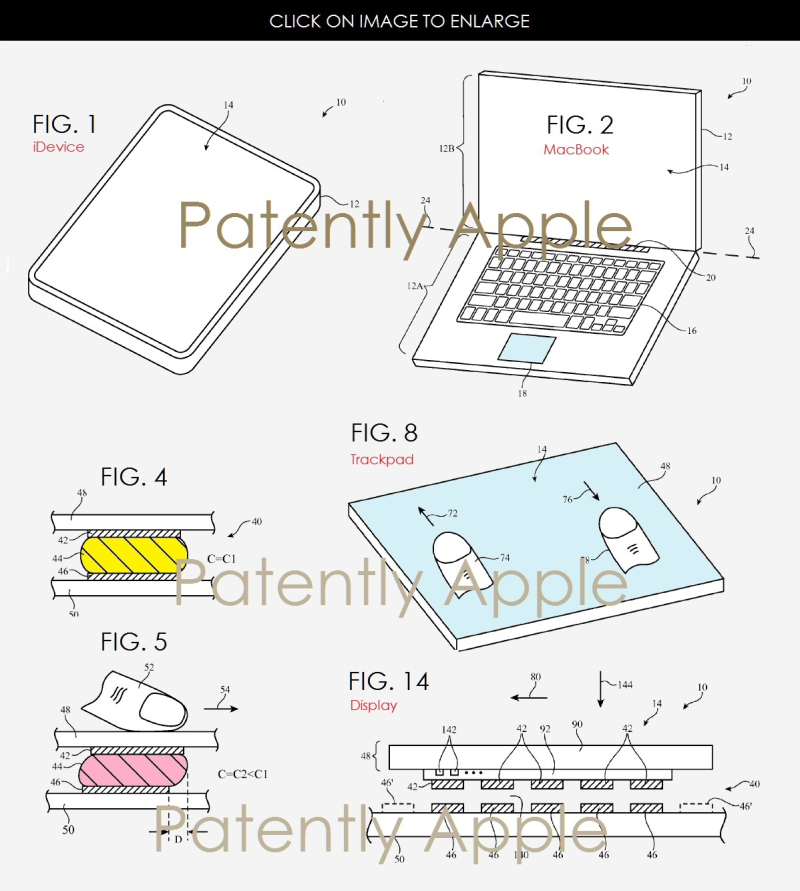