Earlier today Patently Apple posted a report noting that it was interesting to see Companies from Japan, China and South Korea willing to work with President Trump to bring jobs to the U.S. while the contribution made by American companies thus far Silicon Valley has to been to line up and complain about a 90 day ban in several Muslim countries that Obama had first deemed dangerous. I further noted that hopefully Tesla and other responsible U.S. companies would step up to the plate in the coming years and hit some home runs bringing more manufacturing jobs to the U.S. because whining produces nothing but ill will. As the report was being posted some great news came from the Oval Office with Donald Trump and Intel's CEO about a new plant in Arizona as noted in the video below from CNBC.

Intel chief executive Brian Krzanich met with President Donald Trump on Wednesday, where the company announced it will invest $7 billion in a factory employing up to 3,000 people.

The factory will be in Chandler, Arizona, the company said, and over 10,000 people in the Arizona area will support the factory. Krzanich confirmed to CNBC that the investment over the next three to four years would be to complete a previous plant, Fab 42, that was started and then left vacant.

The 7 nanometer chips will be produced there will be "the most powerful computer chips on the planet," Krzanich said in the Oval Office with the Trump administration. Most Intel manufacturing happens in the U.S., Krzanich said.

"America has a unique combination of talent, a vibrant business environment and access to global markets, which has enabled U.S. companies like Intel to foster economic growth and innovation," Krzanich said in a statement. "Our factories support jobs — high-wage, high-tech manufacturing jobs that are the economic engines of the states where they are located." For more on this read the full CNBC report here.

It's refreshing to see a top Silicon Valley giant make a commitment to bringing more jobs to the U.S. Way to go Krzanich, you're a great example of being a proud American company wanting to make America Great Again. You could read the Intel follow-up announcement here. 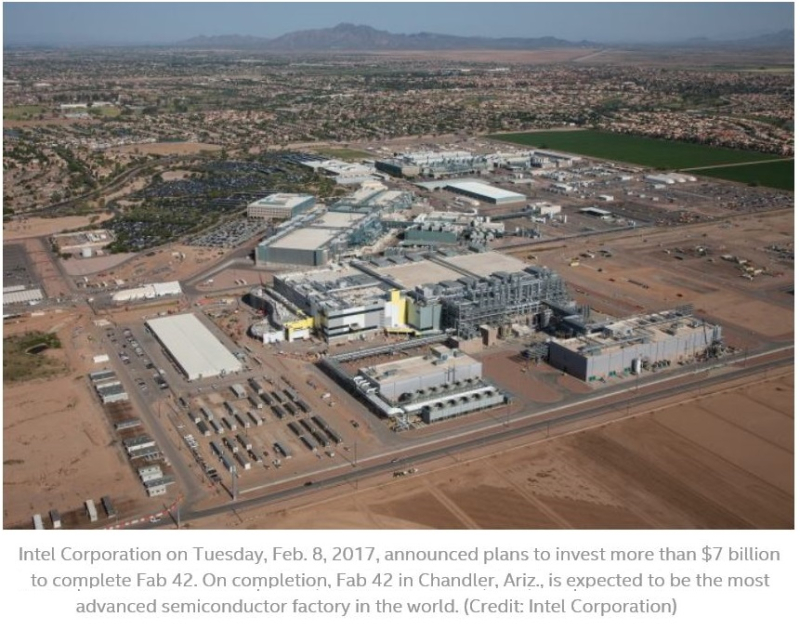