On January 26 Patently Apple posted a report titled "Surprisingly Facebook was granted a Patent for 3D Gesturing on a Smartphone." This was the same week that the news of Hugo Barra was joining Facebook to lead their Virtual Reality business. The patent that we revealed related to a possible future Facebook smartphone. This week Patently Apple also discovered Facebook's granted patent for scrolling a large image on a tablet by simply tilting the device. While Facebook was granted the patent in October 2016, this week a continuation patent surfaced regarding that invention, proving patent is quite active. 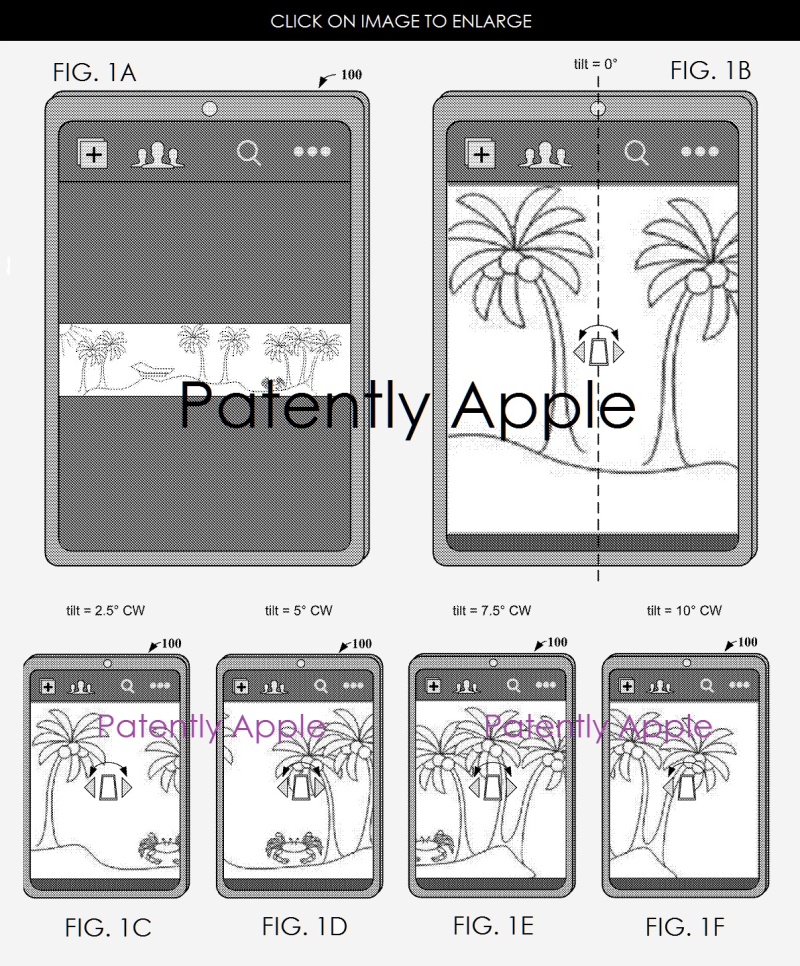 In describing their invention Facebook states that "When an image is displayed on a screen that is not big enough to display the whole of the image at once, particular embodiments may enable a user to scroll the image in one or more directions, along one or more axes, by using a tilting motion. The image may comprise any visual content that can be displayed on the screen, including, by way of example and not limitation, a photo, a number of photos represented as a photo album, a list of emails, a web page, a map, a visual representation of a library of music, a video game, or a technical diagram.

As they and others develop video games for the Oculus VR headset, it's obvious that they're planning for these games to play on other Facebook devices.

Facebook filed their latest updated to their granted patent in September 2016 and the U.S. Patent Office published it in January 2017.