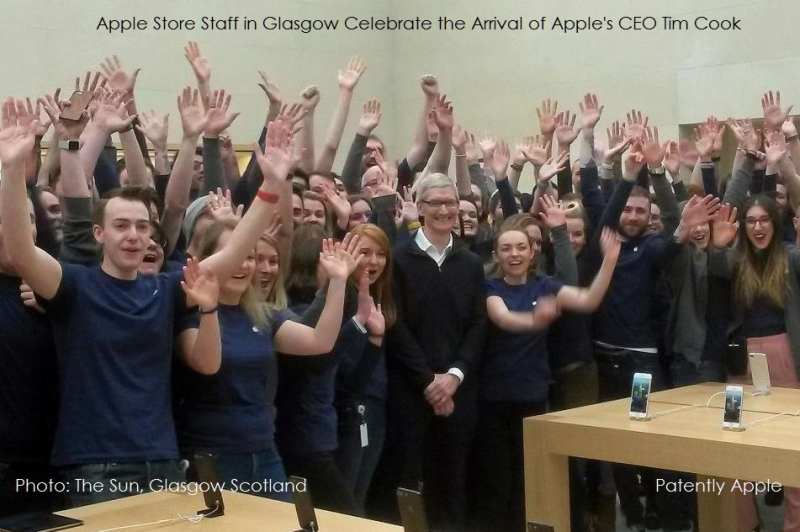 Apple's CEO Tim Cook arrived unannounced at the Buchanan Street Apple Store where he was flooded with selfie requests by excited store staff and customers. He said: "It's great to be here. I'm here but I'm already enjoying it. It's my first time in this Apple store. I've been to Scotland many times." He visited the store ahead of his sold-out talk at the University of Glasgow where he received an honorary doctorate of science. Just click on our cover graphic above to enlarge.

Work stopped for around 15 minutes on Wednesday afternoon as staff and customers greeted Mr Cook and took photographs. Before leaving, he was presented with two gifts – a tartan scarf and an embroidered picture as noted in the photos below (click on the photos to enlarge). 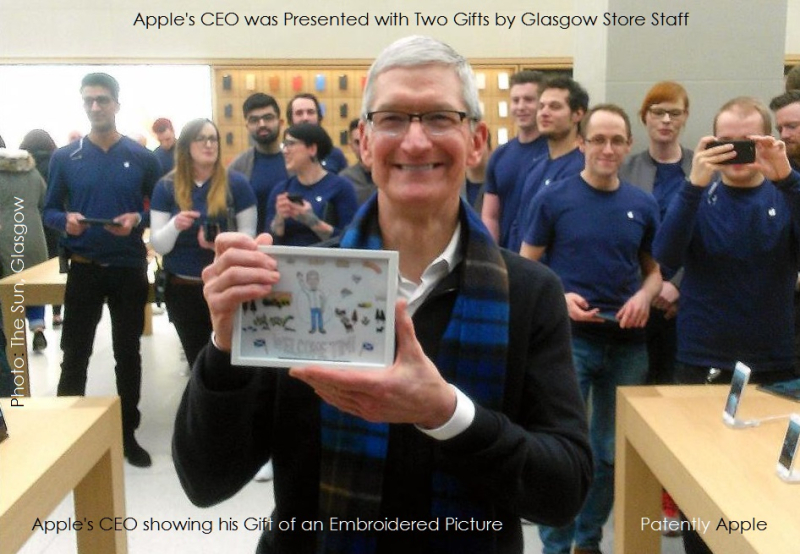 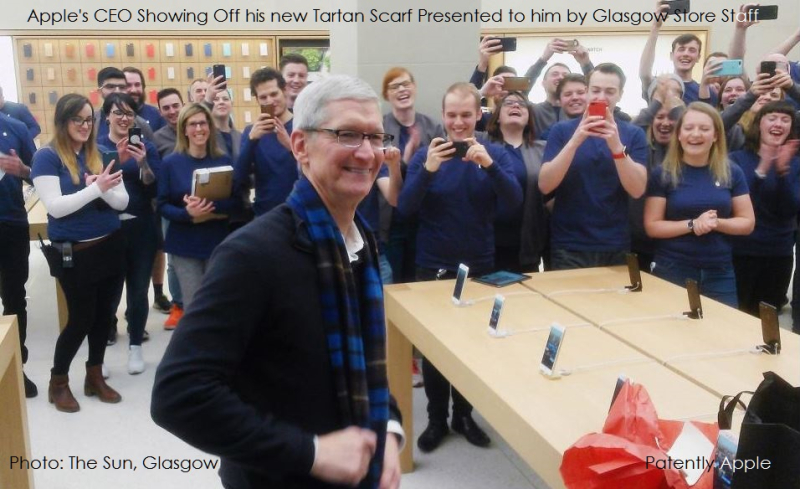 Over the weekend Apple's CEO was having the time of his life in France and Germany visiting with selective Apple Stores and their staff, customers and developers captured in a series of photos you could review here.