Most Apple Stores today present Apple TV as presented in our cover graphic. Apple has been experimenting with a new Apple TV display structure such as the one noted below. Late yesterday the Hong Kong Patent and Trademark Office published a series of new design patents issued to Apple for display structures and more. The first in the series is a design patent for a new Apple TV display structure. In January Patently Apple posted a report titled "Original Movies and TV Series could be coming to Apple TV Subscription Service Later this Year." With a possible new Apple TV service in the wings, Apple apparently wants to jazz up their presentation display for Apple TV that will play more of a major role in the coming years. 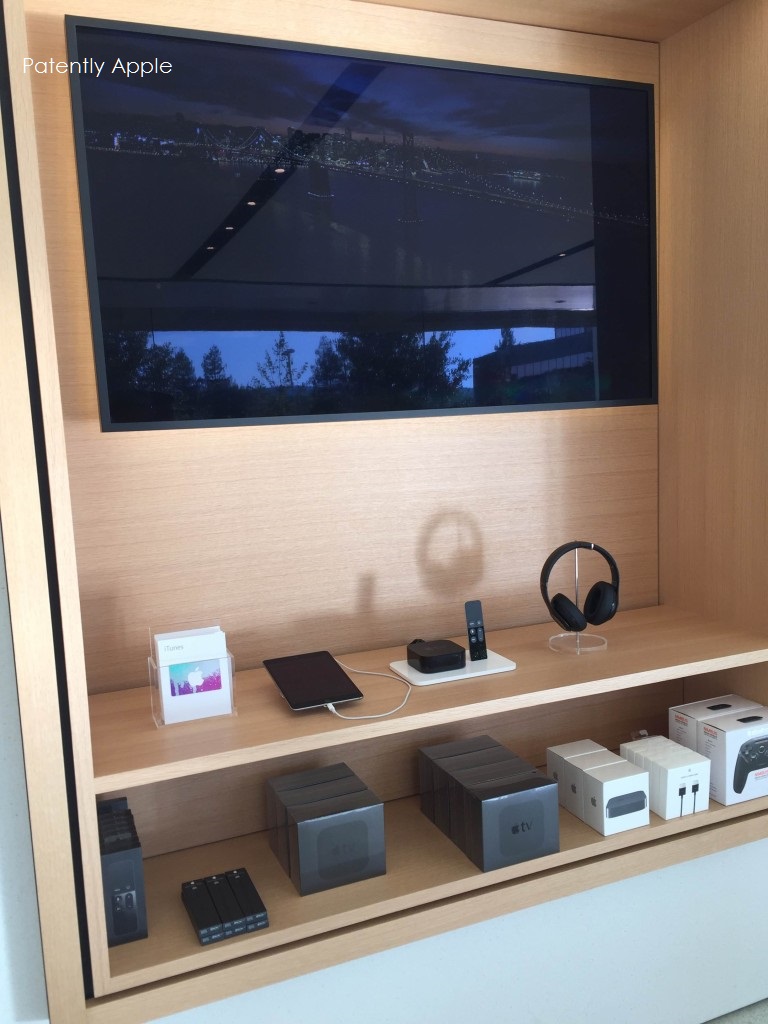 Unlike "patent applications," design patents published by the U.S. or any foreign Patent and Trademark Office don't reveal pertinent information about a particular design. All that is presented is a series of patent figures covering the design and that's about it, as noted below. Side and top views are note included in our report. This display design may also be find its way into retail partners such as Best Buy. 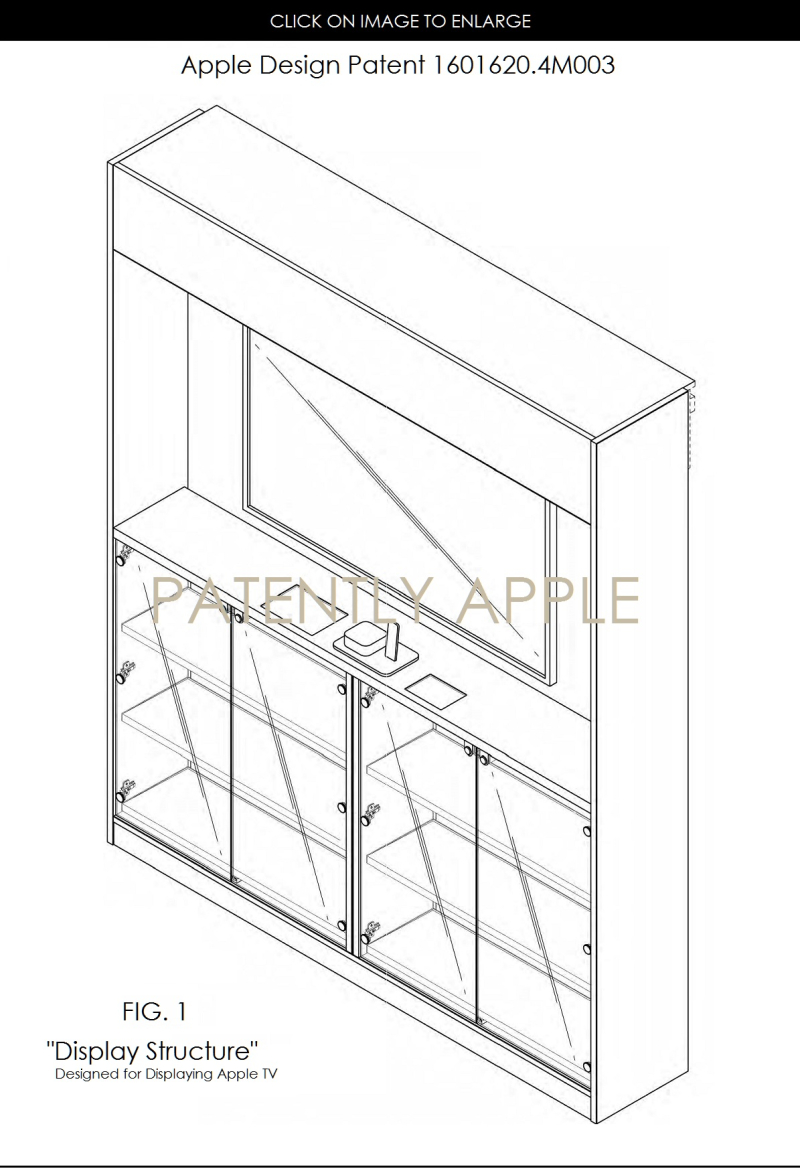 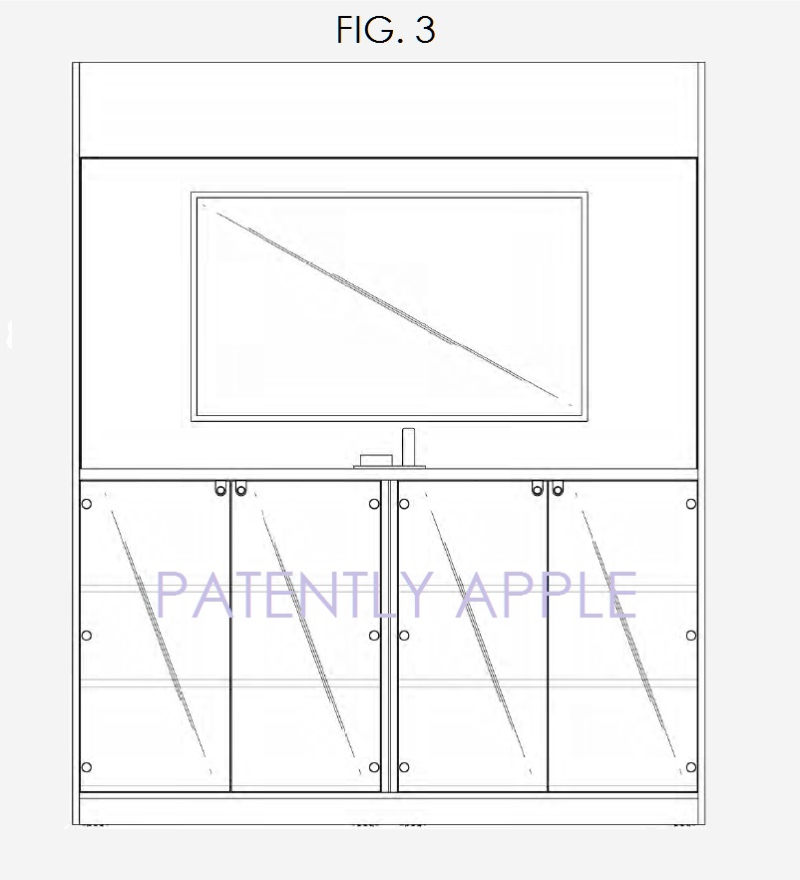 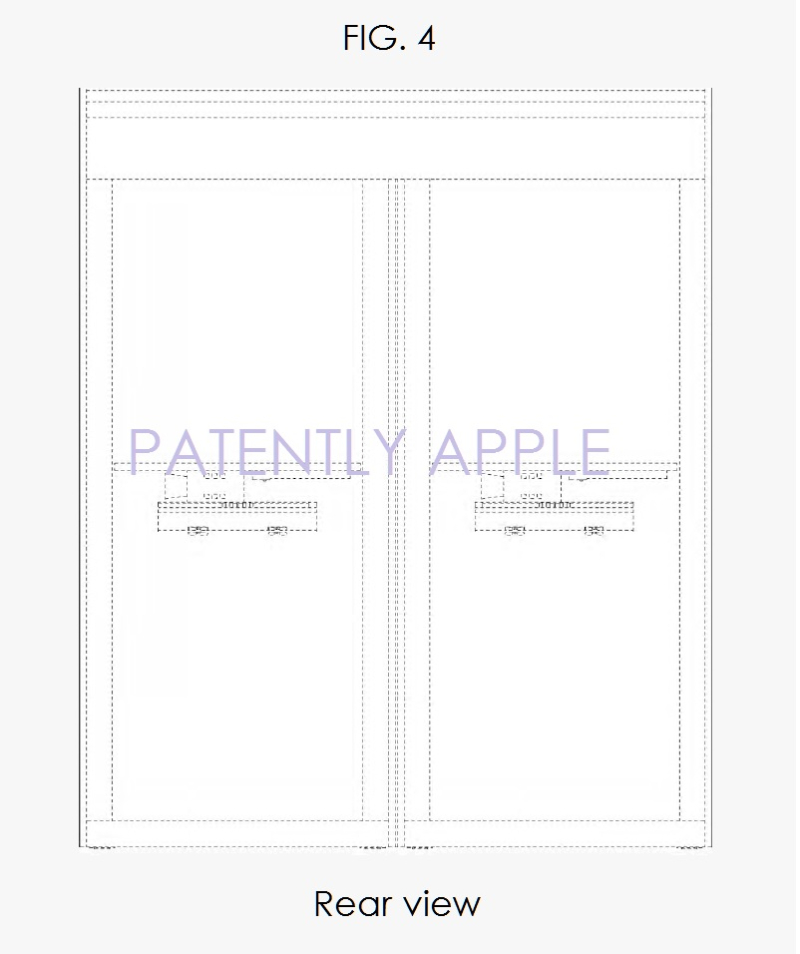