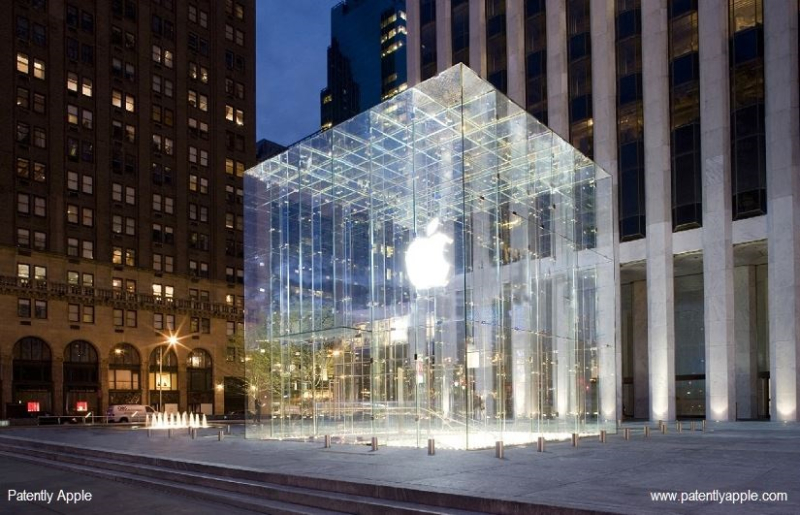 Apple won a design patent in 2014 for their famous NYC Fifth Avenue Apple Store that is made of gigantic sheets of glass. Last May we reported that Apple and the owner of the property that the Apple Store sits on, Boston Properties, were at odds over renewing the lease. Back then we reported that "when it comes to a permanent expansion: Apple doesn't want to pay the asking price and feels it is 'entitled' to the prime retail spot because it 'made' it a global tourist draw. Property owner Boston Properties has no interest in rolling over for Apple." Today it appears that it's been settled.

Bloomberg reports today that "Apple Inc. is more than doubling the size of its renowned store on Manhattan's Fifth Avenue, bringing a boost to a retail corridor that's suffered from Trump Tower congestion and persistently high vacancies in the past year.

The technology giant will expand the store -- known for its distinctive glass cube -- to 77,000 square feet (7,150 square meters) from about 32,000 square feet, Douglas Linde, president of Boston Properties Inc., said on the company's earnings conference call Wednesday. The Boston-based landlord is co-owner of the General Motors Building at 767 Fifth Ave., which houses the Apple location.

Boston Properties has been working to fill empty retail space at the property. Linde referred to Apple as "that mystery tenant we've been talking about for over a year."

Apple spokesman Nick Leahy said the company anticipates an 'incredible' new Fifth Avenue store, 'where our customers will enjoy new services and experiences in a much larger space.'"