Home Archives Contact Us Subscribe Twitter MeWe Facebook Patently Mobile
Samsung Officially Chickened Out for a 2017 Foldable Smartphone, but Apple has Shown us it has a Bright Future
You Know the VR Market is Lost when Facebook's CEO gets Excited over wearing VR Gloves to type on a Virtual Keyboard

Today the US Patent & Trademark Office published a patent application from Apple that reveals a new breakthrough material described as deformable touch-sensitive quantum tunneling material. It could be used in a smart iPhone case allowing for touch zones on the back of the case to control your iPhone. More importantly, it could be used as a material for making the iPhone itself. The use of this material would virtually eliminate bulky physical buttons forever making the iPhone near waterproof perfect and slick to the touch. The material could extend to a new smart Apple Watch band. Smart Apple Watch Bands have been on Apple's mind for some time now as we've covered a number of interesting patent ideas like smart links, chameleonic bands with 3D touch and cooling and, easy recharging with a MacBook. Yet the use of quantum tunneling material in a band would allow for touch controls without seeing any buttons.

This could also apply to accessories like future EarPods to eliminate the bulky remote and much more. This breakthrough material will eventually provide Jony Ive's industrial design team with new ways to streamline designs and finally eliminate physical buttons of any kind while allowing device designs to be even thinner.

There's been more exciting patents revealed today than I've seen in some time. Seeing a new wave of Apple innovations is exactly what the doctor ordered to fire up fans. While it may take some time for this to come to market, the promise of cool next generation designs is guaranteed.

Technically speaking Apple's patent covers a smart iPhone case wherein the body comprises a user input region formed from a deformable material having an electrical resistance that decreases in response to a touch force on the deformable material. 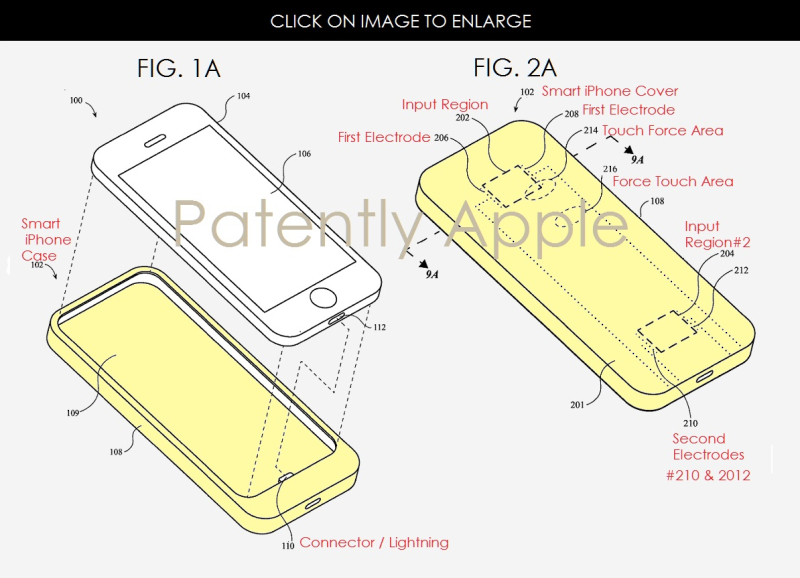 Apple's patent FIG. 1A noted above shows an isometric view of an iPhone and a new smart case; FIG. 2A shows the backside of the case that includes touch-sensitive materials and touch zones. 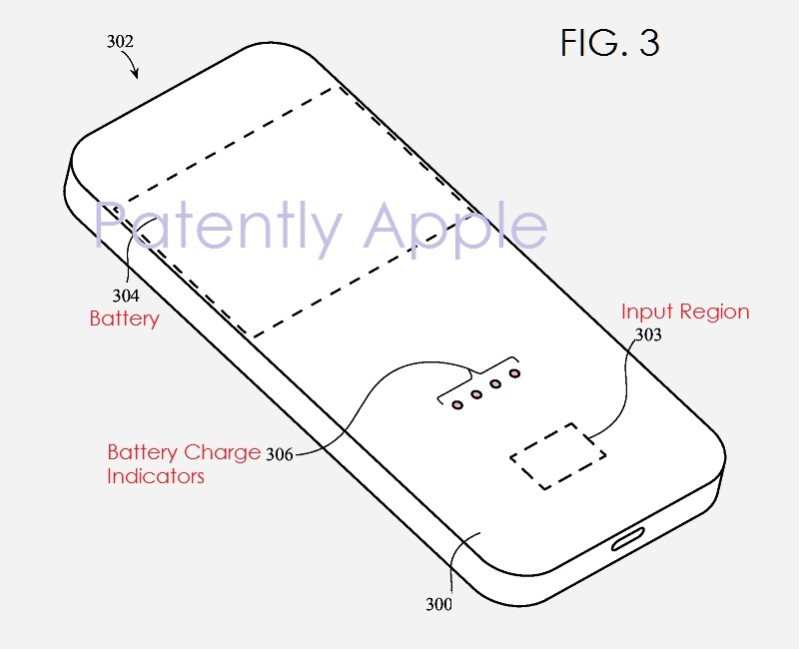 In Apple's patent FIG. 3 noted above we're able to see where the battery for the smart case would be located along with battery charge indicator lights and an input region.

In patent FIG. 4 below we're able to see another perspective of the backside of the smart case that has several touch input areas around the periphery. 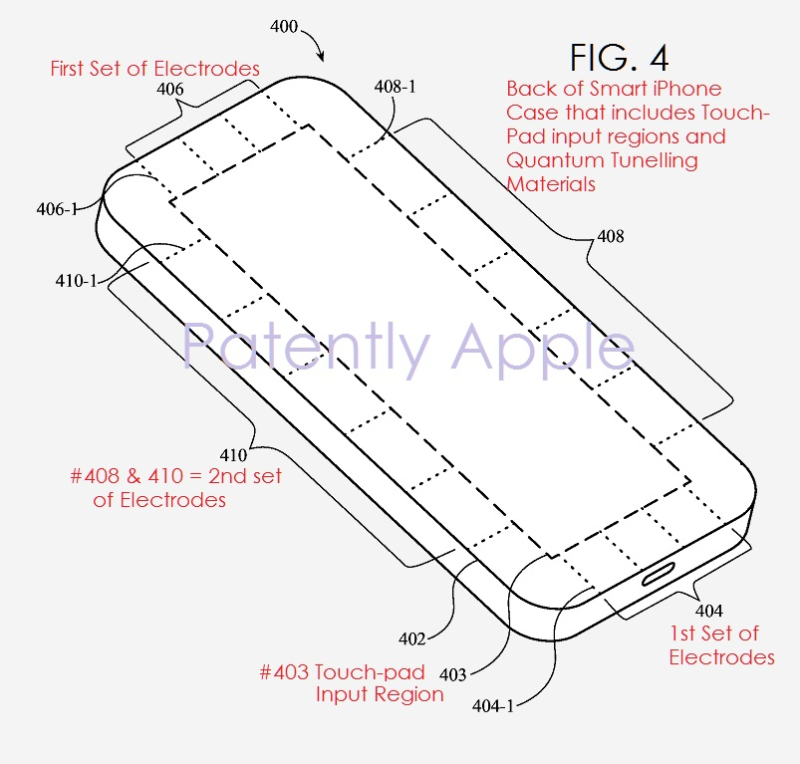 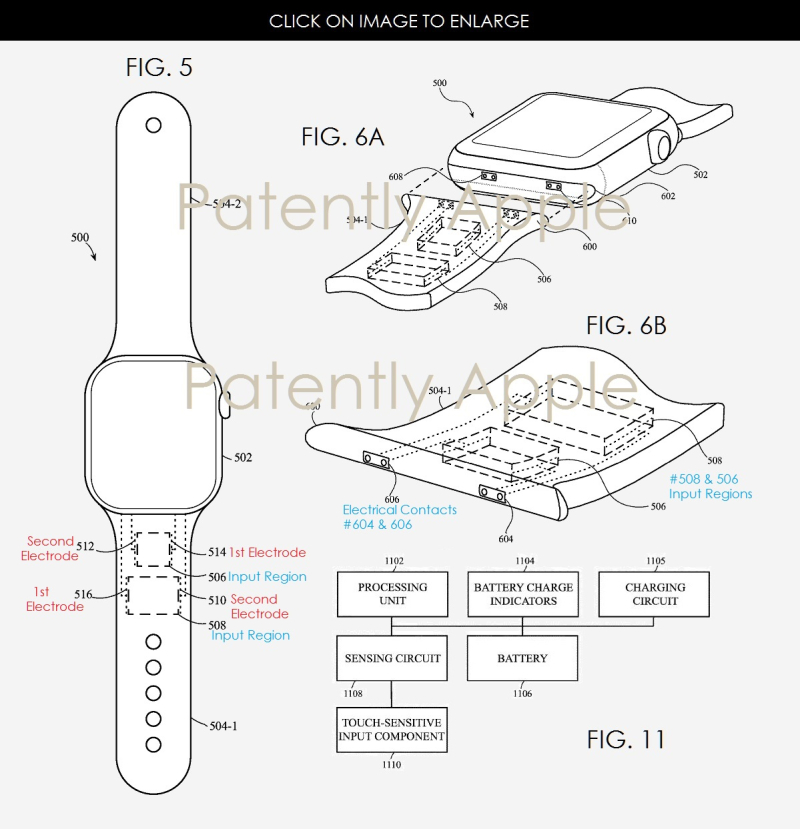 Deeper into the patent we discover that the quantum tunneling material may not be restricted to the creation of an iPhone smart case but beyond to the construction of the iPhone itself.

Moreover, because the input regions may not require buttons, dome switches, or other mechanical components, the surface may be thinner than would be possible with traditional input devices.

EarPods with Next-Gen Controls with No Remote

And lastly, Apple points to quantum tunneling material being used on EarPods and because of the nature of this material there's no need for a bulky remote. Instead the controls would be squeezable controls on the connector cord or set in the actual EarPod to control volume of skip a tune etc. 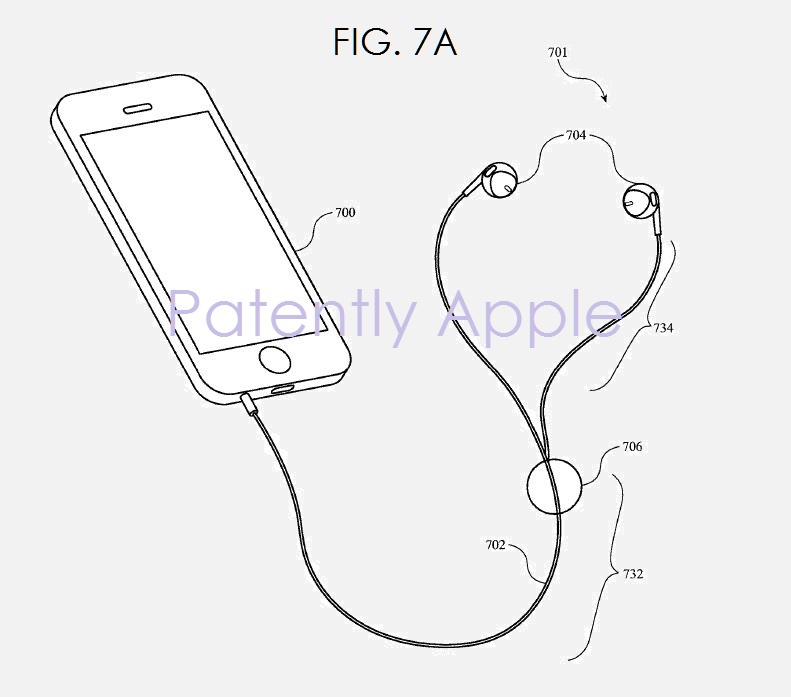