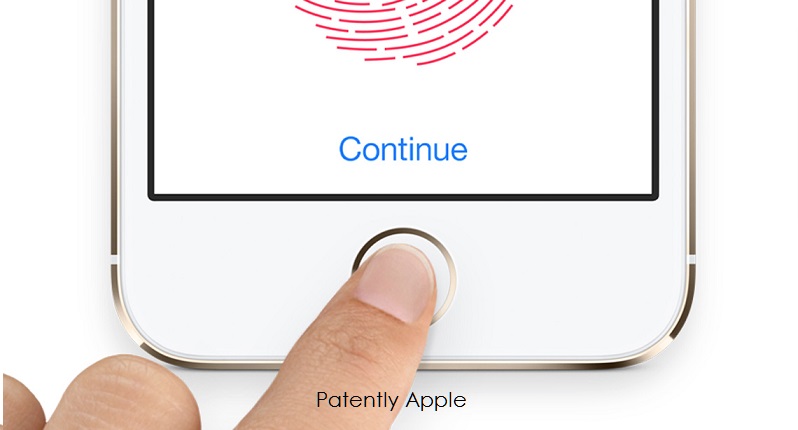 The U.S. Patent and Trademark Office officially published a series of 58 newly granted patents for Apple Inc. today. In this particular report we cover one of Apple's original Touch ID inventions. Apple granted patent 9,577,318 notes that "The fingerprint sensor may be coupled to a button member in a button. The fingerprint sensor and other portions of the button may overlap the second planar rear wall portion to minimize interference with antenna operation.

In Apple's patent FIG. 9 illustrated below we're able to see how an electronic component may be mounted in the vicinity of antenna #40 without disrupting the performance of the antenna. The button has been provided with a fingerprint sensor such as fingerprint sensor #15 which may include a metal outer ring such as ring #150 or other electrode that supplies an alternating current signal.

The ring around the Home Button may surround central area #156. Fingerprint sensor electrodes #154 may be formed in a one-dimensional or two-dimensional array in area #156. When a user places a finger over region #156, signals may be injected into the user's finger from ring and picked up by the array of electrodes in this region. This allows the fingerprint sensor to measure fingerprint patterns for the user's finger. 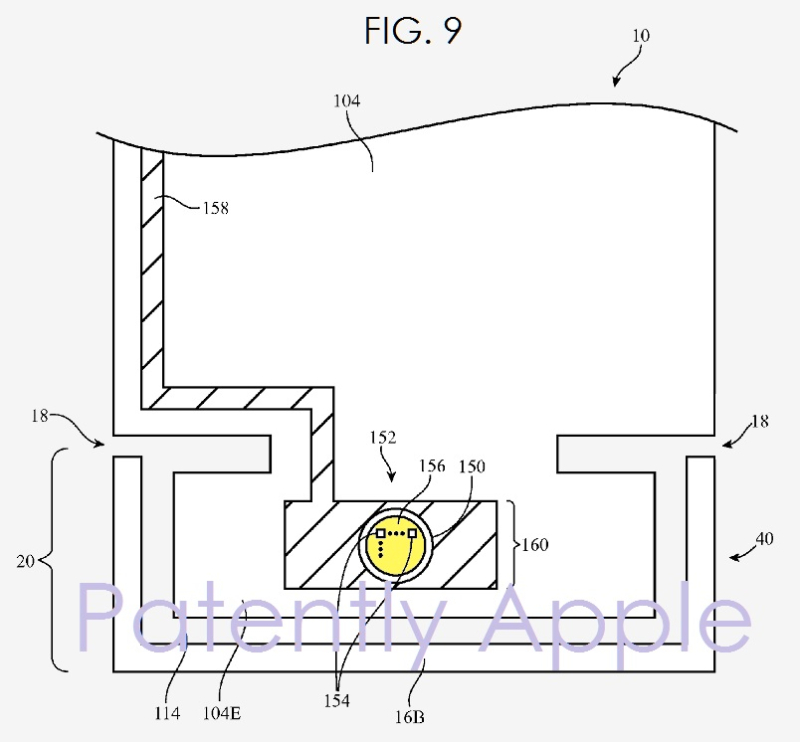 Apple's patent FIG. 9 is a diagram showing how an electrical component such as a fingerprint sensor may be located over a ground plane extension that is used in forming part of a hybrid antenna

Apple's granted patent was originally filed in 2014 and published today by the US Patent and Trademark Office.