After 15 Hours of Grilling Samsung's Heir over Bribery Charges, Korea's Special Counsel has Filed for an Arrest Warrant 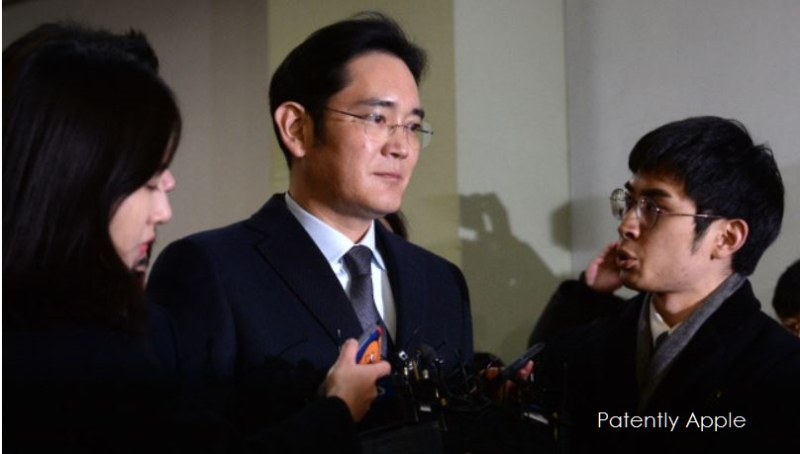 In January we posted a report titled "Korea's Special Counsel Recommends Arresting Samsung's Vice Chairman, the Court will Decide on Wednesday." But the special counsel's request was denied by the court days later for lack of evidence. After meeting with the Special Counsel again in round two yesterday, the Special Counsel has decided to once again request the Court issue an arrest warrant against Samsung's Heir.

Lee has been accused of having ordered his aides to give a combined 43 billion won (US$37 million) to shady businesses and organizations run by Choi in return for favors in the pending leadership transfer at the nation's largest conglomerate.

The prosecutors also asked the court to detain one of Lee's top aides Park Sang-jin, who is deemed to have played a key role in providng financial support for Choi.

The court is slated to hold a reviewing session of the arrest request for Lee and Park of Samsung on Friday.

After being quizzed for nearly 15 hours on Feb. 13 by the prosecutors for his alleged involvement in the bribery scandal, the Samsung Electronics vice chairman went right back to office after midnight to discuss with his top aides how to respond to an arrest warrant likely to be sought for him this week.

The latest questioning session, which came after the previous one on Jan. 12, ended at 1 a.m. on Feb. 14

Choi allegedly pressured the nation's antitrust watchdog Fair Trade Commission to give the conglomerate favors in the sale process of C&T shares held by Samsung SDI, a battery business arm of the conglomerate, in 2015.

Overturning its initial decision to require SDI to sell 10 million shares in C&T to solve the conglomerate's contentious cross-shareholding structure, the FTC allowed the battery firm to sell half of the shares, presumably, aimed at cushioning the impact of the stake sale for Samsung.