Back in April Patently Apple posted a report titled "Apple Wins Design Patent for Large Swing-Out Glass Doors for Next Generation Apple Stores." "Today the US Patent & Trademark Office published a patent application from Apple that covers their utility patent for these glass doors which covers the technical side of their new door system. A second patent in this report covers a 3D mapping projector for iDevices and Macs that could be used to understand / interpret hand gestures to control games and apps. 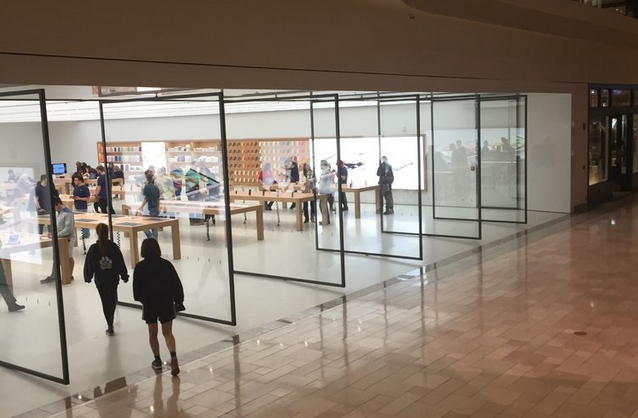 For technical details on this invention see patent application 20170002604 which was filed in June 2016.

Back in July Patently Apple posted a report titled "Apple Wins a Projector Patent allowing Hand Gestures to Control Game Play on iOS Devices." The patent covered a possible future iPhone using a projector that could read 3D images so as to interpret hand gestures that could be used in games and applications.

Apple noted that in "FIG. 1, a user's hand or body may be used to provide a gesture-based user interface, in which user movements detected by means of system control an interactive computer application, such as a game, in place of tactile interface elements such as a mouse, joystick or other accessory." 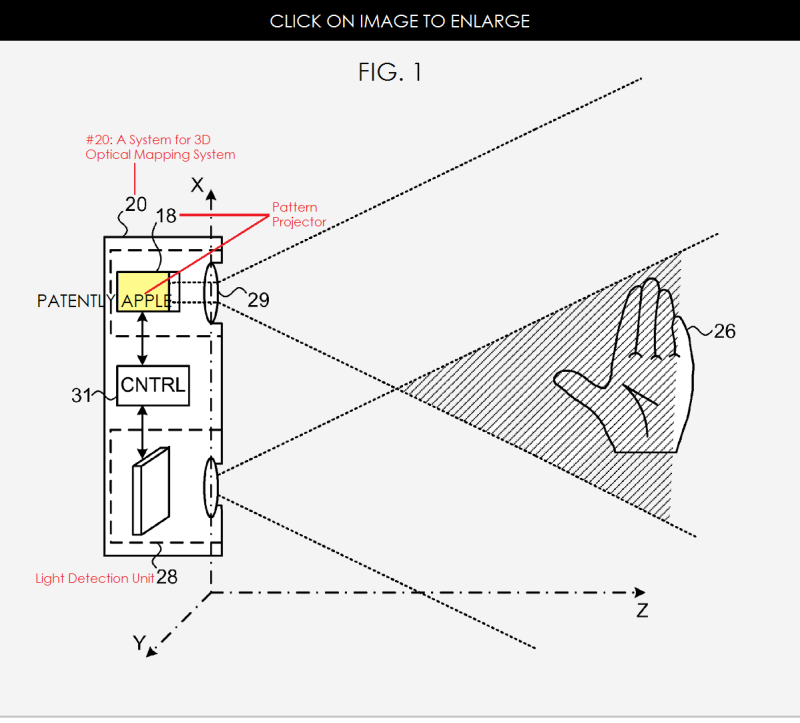