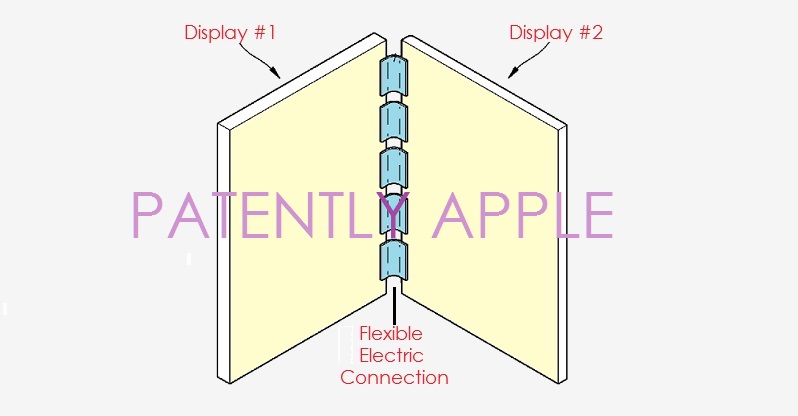 The U.S. Patent and Trademark Office officially granted Samsung two distinct folding smartphone patents earlier this month. The first patent, as noted above, is a utility patent that describes a completely new component that they simply call the flexible electric connection that both powers and controls both displays to work with Android so that a user could multitask with two different display panels displaying different content or apps. The second granted patent is for another foldable smartphone design, except this time the fold isn't evenly proportioned and adds a clear component or wing that allows the user to view a large lip area that exposes either app icons or live alerts of incoming email or text messages. Samsung's patent figure below illustrates this perfectly. For more on this, see our full Patently Mobile report here. 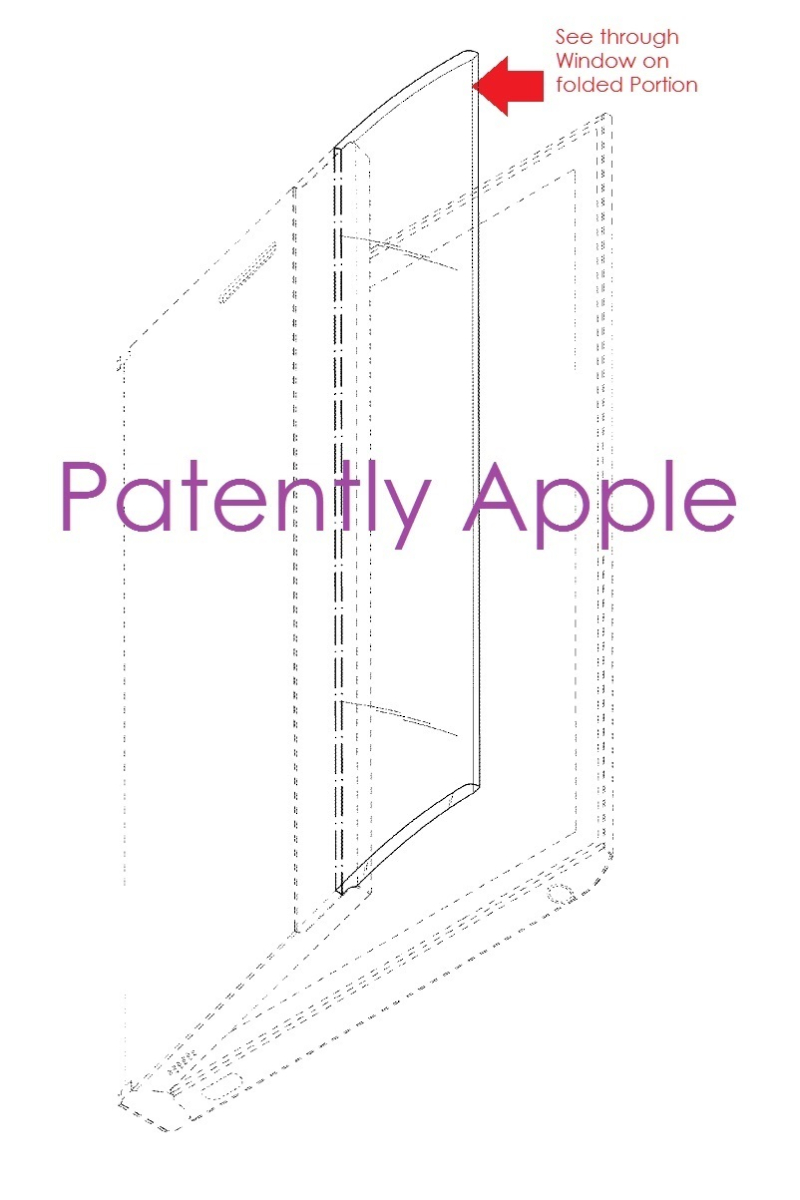