In 2012 Patently Mobile was known as 'Patent Bolt' and it was in that year that we began covering Samsung's inventions regarding foldable smartphones and tablets. Our patent report today marks the forty-seventh Samsung flexible display / foldable / scrollable invention that we've covered over the last four and half years. But truth be told, Samsung has been working on this idea since at least 2008. In January 2009 Samsung showcased their initial concept of the folding smartphone to the public at the Consumer Electronics Show in Vegas as noted in the video below.

So could Samsung be getting any closer to bringing this concept to market after a decade of research? Industry experts have pointed to 2018 or 2019 as a logical time frame for such a display to emerge that could bend repeatedly without being damaged. Yet with Samsung's growth for 2017 now in question, could they try to pull off a surprise later this year? Unfortunately only time will tell. 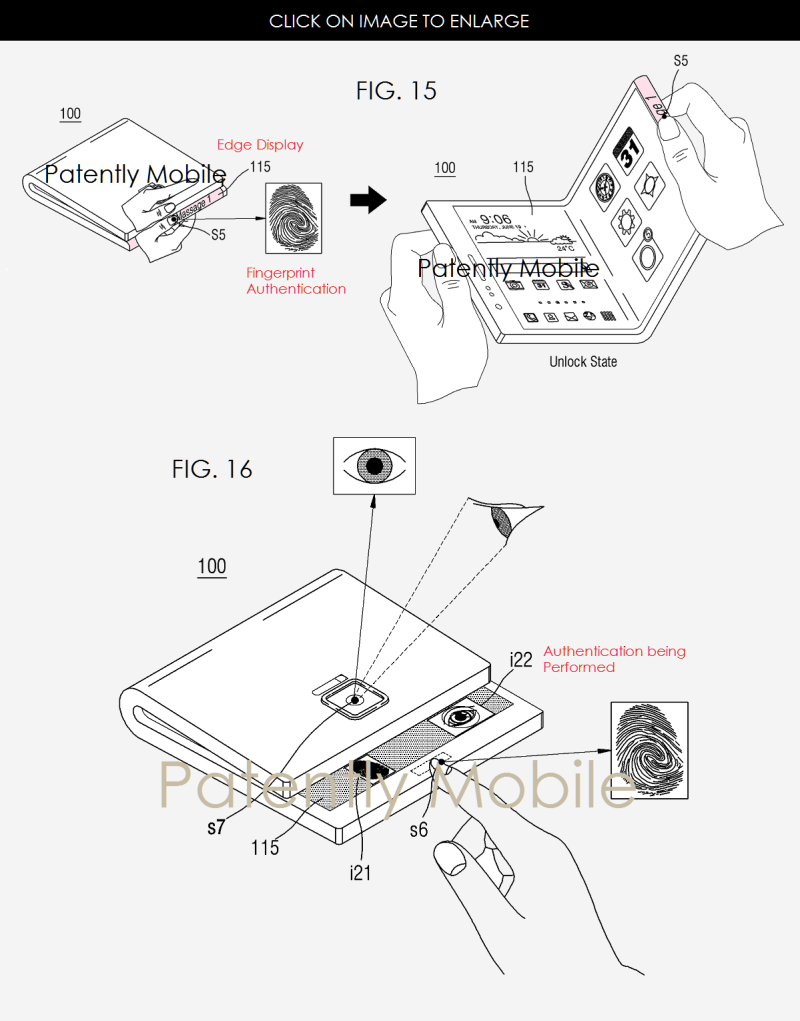 In Samsung's patent FIG. 15 noted below we're able to see an example in which the fingerprint recognizing sensor is disposed in an edge display surface s5. In another example, the edge display surface s5 may be provided at one corner surface of the foldable device or may be exposed even when the foldable device is folded (see FIG. 16) and/or unfolded.

Further, in Samsung's patent FIG. 16 noted above, we're able to see an example in which the iris recognizing camera is disposed on an upper housing rear surface s7 of the foldable device. Also, the fingerprint recognizing sensor may be disposed on a lower housing top surface side region s6.

Beyond the devices being used as smartphones and tablets, Samsung notes that the devices could also be categorized as mobile TVs, navigation devices and more. For more details of this invention, see our full Patently Mobile report here.