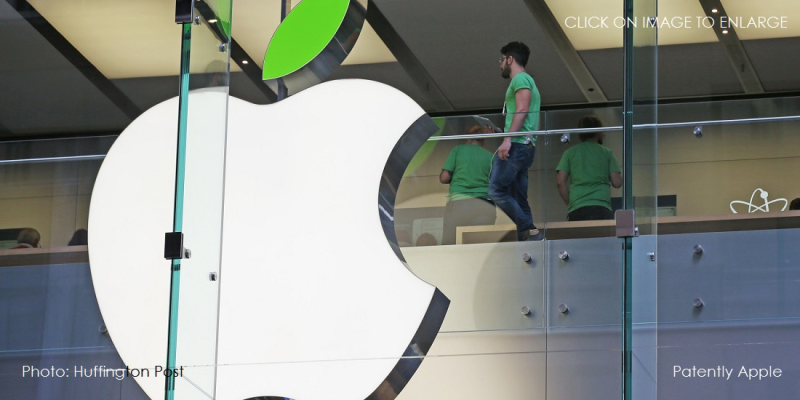 In black and white Apple has confirmed it's moving its international iTunes business from Luxembourg to its European hub in Ireland effective February 5th. The company pre-empted the move last September, when it transferred all developer contracts and an estimated $9 billion in assets between the countries in preparation. And from next month, responsibility for Apple's iTunes arm serving over 100 countries (not including the US) -- and covering the iTunes, iBook and App Stores as well as Apple Music -- will formally transfer to its offices in Cork, Ireland. This was confirmed by a tweet that Engadget found here. 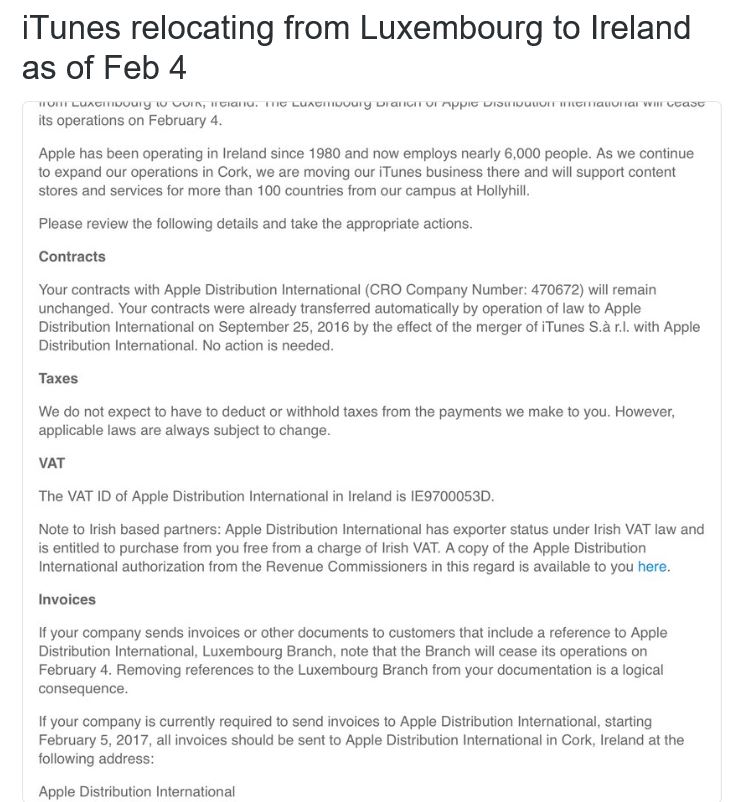