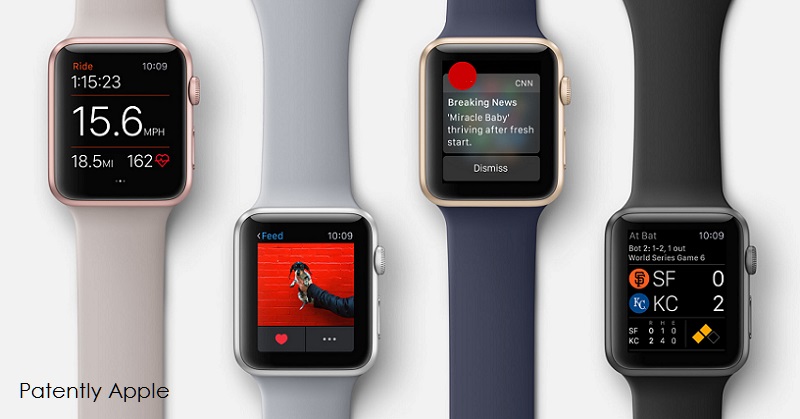 In October IDC reported that for Q3 2016 Apple remained the leading smartwatch vendor holding 41.3%. At the end of Q3 Apple launched Apple Watch Series 2 along with Apple Watch Nike +. So how did Apple Watch do over the holiday Quarter? According to Kantar's latest market sector analysis, Apple Watch remained the number one pure smartphone vendor by extending their lead from 41.3% to 50%.

Kantar notes that "The Apple Watch Series 2, released in September 2016, boosted Apple's share of smartwatch sales. Series 2 offers a waterproof design and GPS, while the lower cost of the Series 1 lowered the barrier to entry to attract some additional buyers. The Series 2 was Apple's top-selling smartwatch for the period at 33%, although there were no holiday discounts on that device."

While Apple was able to remain the pure smartwatch leader, it's a market that doesn't hold much potential unless a killer app surfaces to reignite this wearables segment.

According to Kantar's Global Consumer Insight Director Lauren Guenveur, "Beyond Apple and Fitbit, manufacturers have struggled to convince consumers to purchase wearables, once considered 'the next big thing' in tech. In the US, among non-owners surveyed in December 2016, just 8% planned to buy a wearable device in the next 12 months, while 76% did not intend to purchase."

Guenveur added that "Price remains the largest barrier (46%), while 33% cited 'functionalities are not useful' – and 30% said they did not want to wear a watch."

For some vendors, this market weakness has had consequences, with Lenovo's Moto and Microsoft both announcing in late 2016 that they would stop production of their wearables. Jawbone ceased production in May 2016, and early-riser Pebble was acquired by Fitbit.

As of December 2016, 15.6% of US consumers owned a smartwatch or fitness band – a modest increase from September 2016 at 14.8%. Within the smartwatch category, adoption in the US remained low, at 4.2%. In EU4 (Great Britain, Germany, France, and Italy), wearables penetration continued to lag that of the US at 9.2%, with the smartwatch portion of the category at 3.8%

Once again fitness bands continued to outsell more advanced smartwatches. Kantar reports that "In the fourth quarter of 2016, just 35% of wearables purchased in the US were smartwatches, a decline from 40% in the third quarter of 2016.

Apple was the top smartwatch brand in the US, capturing a 50% share vs. 24% in the third quarter pf 2016. The next nearest competitor was Samsung at 17.4%, while the remainder of the market was fragmented among smaller suppliers.

The lowest penetration for smartwatches was in France, where 70% of those who bought a wearable opted for a fitness band. Apple remained the top smartwatch brand sold in EU4 at 37% in the fourth quarter of 2016, compared to Samsung's 16%.

Fitbit captured 50% of fitness band sales in EU4, with a more competitive Garmin reaching 23%. In Germany, Garmin surpassed Fitbit as the largest fitness band brand at 36% vs. 31%, respectively.

At present there's a dark cloud hanging over the future of the smartwatch wearables category. Kantar's research found that 46% of consumers thought that price remained the largest barrier to smartwatch sales followed by the lack of useful functionalities at 33%. 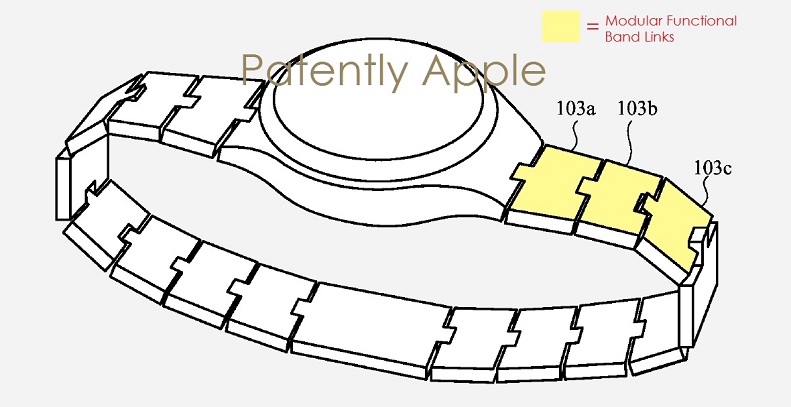 These new functionalities could be added by building them right into a next-generation of Apple Watch bands. One watch band design calls for individual smart links as noted in Apple's patent figure above. Each link could carry an additional functionality. This could become a very lucrative accessory opportunity for Apple.

In September Apple expanded on their smartwatch band technology concept by creating a second kind of smart band that could change colors on the fly so as to match a user's outfit for the fashion conscience. In this design Apple also highlighted 3D touch capabilities, add a cooling system and once again, adding telephony. 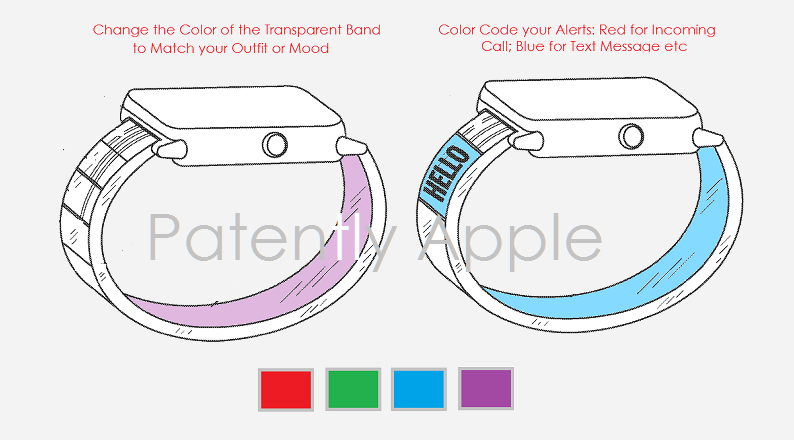 So while the smartwatch wearables market sector is proving to be a slow and boring category, there are some cool ideas that are around the corner that could shake up this sector considerably. Think of it as needed shock therapy for a stagnant market sector. While we await these killer apps to arrive, Apple remains the Smartwatch king.