Foxconn Reiterates their Plan for a U.S Plant 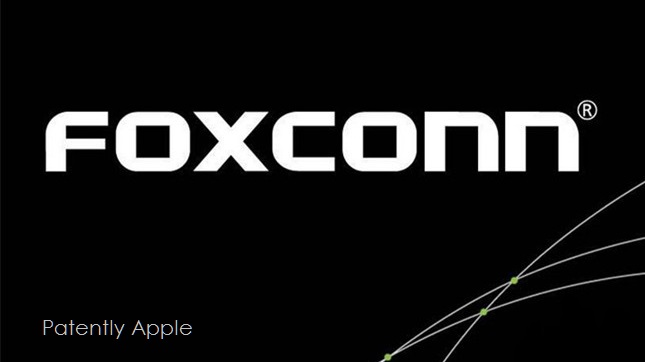 On January 13 Patently Apple posted a report titled "Foxconn Plan Close to Completion for a Massive U.S. Plant in the U.S. to Make LCD Displays and More." a Sharp executive stating that Hon Hai Precision Industry (Foxconn) and its Japanese subsidiary Sharp have begun studying the possibility of building a liquid crystal display panel plant in the U.S. The plan is "on the table," the executive said. "We will make a decision carefully." The report had estimated that the plant would cost as much as US $8.7 Billion.

In Reuters today they decided to twist the facts, as mainstream media continues their fake news barrage against President Trump. According to Reuters, "The plans come after U.S. President Donald Trump pledged to put "America First" in his inauguration speech on Friday, prompting Gou to warn about the rise of protectionism and a trend for politics to underpin economic development."

That's a strange twist of facts by Reuters. Softbank and Foxconn have been enthusiastic about expanding business opportunities in the United States under a Donald Trump administration as was witnessed on December 6, 2016 or a month and a half before his inauguration speech on Friday. Foxconn's name didn't accidentally fall onto the presentation sheet presented to Trump and seen by the entire world as noted below.

On December 7 we did a follow up story where we noted that Gou had said that it was in preliminary discussions to expand its operations in the United States. So between our December 6 and 7 reports along with our most recent January 13 report, we see that Reuters fudged the timing of the plant revelation and conditions which is a little disappointing. 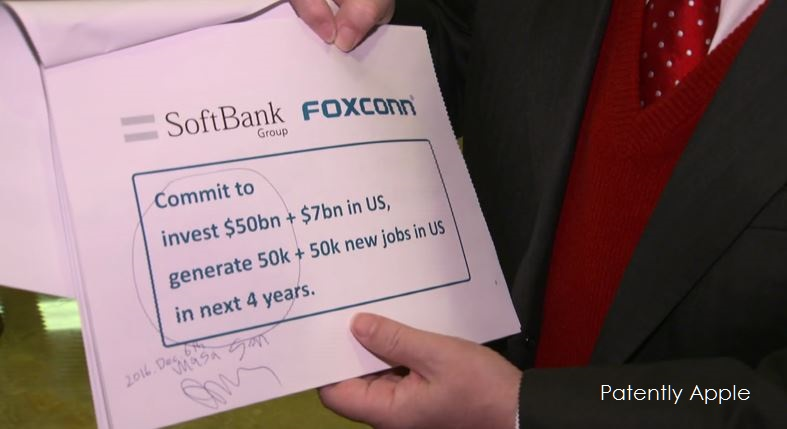 After the Reuters twist of facts, they went on to state that Gou said that Foxconn, had been considering such a move for years but the issue came up when Foxconn business partner Masayoshi Son, head of Japan's SoftBank Group talked to Gou before a December meeting Son had with Trump.

As a result of the meeting, Son pledged a $50 billion of investment in the United States and inadvertently disclosed information showing Foxconn's logo and an unspecified additional $7 billion investment. At the time, Foxconn issued a brief statement saying it was in preliminary discussions to expand its U.S. operations, without elaborating.

Gou said he told Son that the United States has no panel-making industry but it is the second-largest market for televisions. An investment for a display plant would exceed $7 billion and could create about 30,000-50,000 jobs, Gou told Son.

Reuters lastly noted that "Foxconn has existing cooperation and operations in Pennsylvania, which is a state Foxconn would prioritize, depending on land, water, power, infrastructure and other investment conditions."

"Apple is willing to invest in the facility together because they need the [panels] as well," Gou told reporters after the company's annual year-end party in the Nankang district of Taipei. The U.S. production site eventually would create 30,000 to 50,000 jobs, the Taiwanese tycoon said."