Home Archives Contact Us Subscribe Twitter MeWe Facebook Patently Mobile
U.S. Court of Appeals Rules that iPhone users could Sue Apple for Restricting their App Purchases to their own App Store
It's a Long Shot, but TSMC wouldn't rule out Opening a U.S. Plant to Support U.S. Customers like Apple and Qualcomm

Foxconn Plan Close to Completion for a Massive U.S. Plant in the U.S. to Make LCD Displays and More 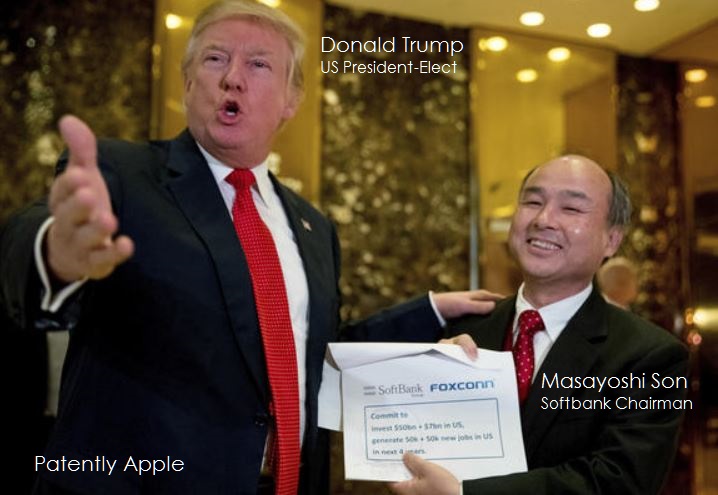 A report out of Osaka Japan today quotes a Sharp executive stating that Hon Hai Precision Industry (Foxconn) and its Japanese subsidiary Sharp have begun studying the possibility of building a liquid crystal display panel plant in the U.S. The plan is "on the table," the executive said. "We will make a decision carefully."

With Trump urging American manufacturers to bring operations back to the U.S., Hon Hai is considering production in the U.S. due to its huge market for TVs and other home appliances. The investment in the plant could be as high as US$8.7 billion.

Hon Hai (Foxconn) is a major producer for Apple, is also considering iPhone production in the U.S.