Ex-Apple Employees say the Company is now a Boring Operations Company, Uptight and Too Secretive

In a new CNBC report posted this afternoon partly titled "Tim Cook made Apple a 'boring operations company', we hear from Bob Burrough, a former Apple engineer who said that the invention of the iPhone came, in part, out of the chaos of Apple under co-founder Steve Jobs. Now there's less internal conflict inside Apple — and that's not necessarily a good thing.

Burrough added that "At Apple in 2007, organizationally it was the wild west. I was hired under a particular manager, but for the first two years worked on projects that had virtually nothing to do with that manager's core responsibility. That's because the organization wasn't the priority, the projects were the priority. It was the exact opposite of 'not my job.' It was 'I'm here to solve whatever problems I can, irrespective of my role, my title, or to whom I report.' It was wild. But it was also very rewarding, because everything you did had maximal impact on the product."

But today, the "dynamic has clearly and distinctly changed," and Apple is much closer to his job at Palm, said Burrough, who most recently founded a 3D printing company called Bilt It.

Burrough told CNBC that "Working at Palm, the teams were highly organizational, [hierarchical] and responsibilities were siloed. There was a clear sense that each person had a clear responsibility, and rarely deviated from it. When you went to someone for help solving a problem 'not my job' was a common response."

Tim Cook, who took over as Apple CEO in 2011, has made the company the richest in the world. Apple has nearly doubled its annual revenue under Cook, from $108.2 billion in 2011 to $215.7 billion in 2016. Cook has also replaced challenging leaders from the Steve Jobs era, such as Scott Forstall, who led the iOS platform used on the iPhone and iPad, but reportedly clashed with Cook and other Apple execs.

But while Apple has pumped out money, it has also faced grumbles that it's been slow to innovate in areas like self-driving cars, TV and video, and the Internet of Things. Despite introducing new products like the Apple Watch, the iPhone still makes up the vast majority of Apple's sales each year.

Entrepreneur Steve Blank has likened Cook's leadership to that of Microsoft's Steve Ballmer, who took over from Bill Gates and tripled Microsoft's sales. But under Ballmer, Microsoft missed major opportunities to retain its software dominance as companies like Apple, Google, Facebook and Amazon took the lead on mobile, search, social and cloud.

Burrough said he endorses the comparison between Ballmer and Cook. He went on a tweet storm on Tuesday where he said apple was no longer a "dynamic change-maker."

Sheesh, it must be dump on Apple day because a second story surfaced earlier today covering a company called Pearl Automation, an auto-accessory startup that has 80 employees with 50 of them coming from Apple.

Brian Sander, Pearl's co-founder and chief operating officer said that "Although Apple pays very well, many of the Apple recruits had gotten bored cranking out incremental improvements to the iPhone and the Mac. They were vibrating. It was time for them to do something different." 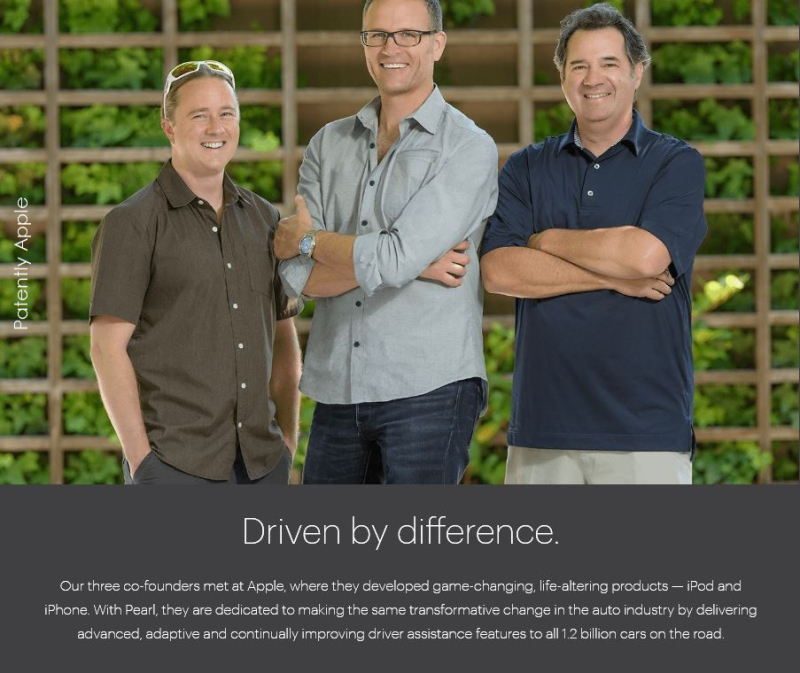 There are many things the ex-Apple executives loved about Apple and have tried to bring that to Pearl but the closed atmosphere at Apple is definitely one that didn't like and try to be different and open with their teams at Pearl.

One of the executives at Pearl Automation is Brian Latimer who was in charge of protecting some Apple's deepest secrets. Like all Apple employees, he was discouraged from talking about his job with co-workers. The reverse is true at Pearl.

"At Apple, there are a few people in the company that decide what needs to be done, and everyone else is executing," said Rishabh Bhargava, Pearl's director of hardware, who formerly worked on the iPod and iPhone.

At Pearl, he said, the engineering team has a voice in coming products and features, as well as the product design. For more on that story check out the report from TheRecord here.