Cowen & Co. Predicts that Sales of Apple's iPhone 7 Plus will Break a Record for Apple's High-End Model 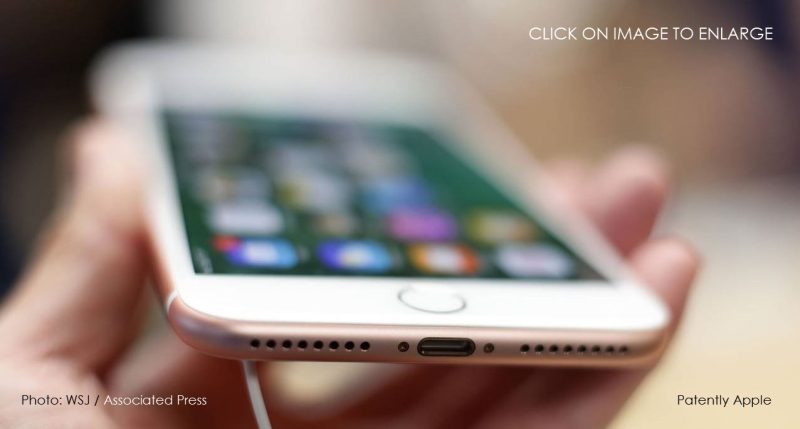 On Tuesday Apple will be reporting their fiscal Q1 results (calendar Q4 2016) at 2:00 p.m PT / 5:00 p.m. ET. Everyone is welcome to tune into their live conference call to hear Apple's CEO make his opening statement about the quarter and add some color to the company's performance overall right here. Getting ahead of the curve is a new report by Tripp Mickle of the Wall Street Journal who talked to Cowen and Co. about Apple's all important iPhone 7 sales for the quarter.

Mickle notes that "At a generally gloomy time for sales of its flagship iPhone, Apple is finding a silver lining: Customers are willing to pay more for better features. When it launched its iPhone 7 in September, Apple for the first time packed the more expensive 'Plus' model with extra hardware not available in the standard model, in addition to a larger screen.

The iPhone 7 Plus, which starts at $769, comes with a dual-camera system that delivers better portrait photos and sophisticated zooming capabilities unavailable in the standard iPhone 7, which starts at $649. The 7 Plus also offers longer battery life and more random access memory, or RAM.

The strategy appears to be working. Cowen & Co. estimates the 7 Plus accounted for about 40% of the roughly 58.5 million total iPhone 7 devices it estimates Apple sold world-wide in Apple's fiscal first quarter, which ended in December. That's a 17 percentage-point jump from the 23% who opted for its larger predecessor, the 6s Plus, in the same quarter the previous year. 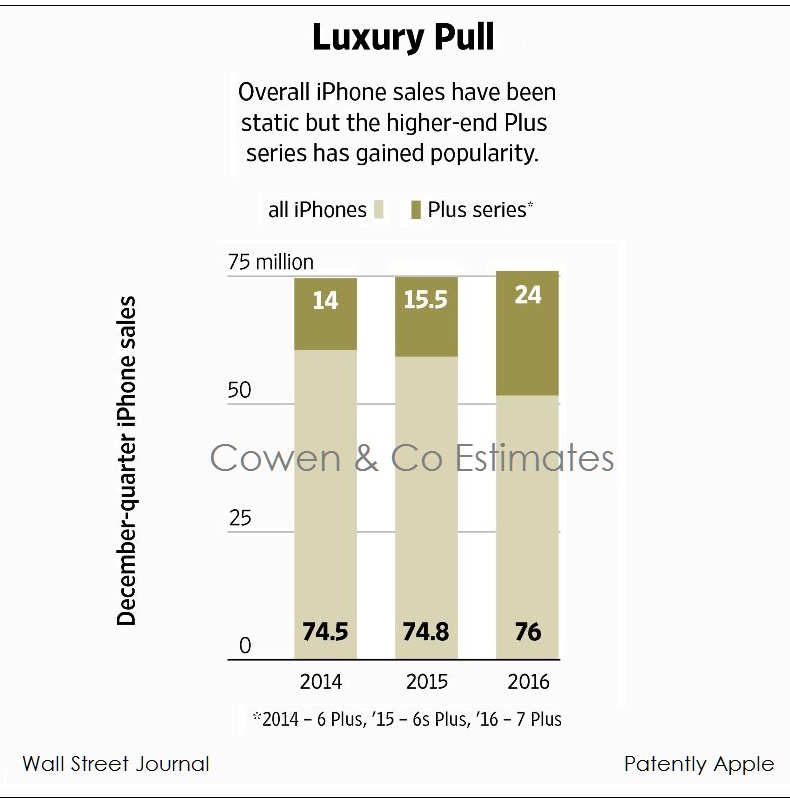 That should lift the average-selling price of iPhones to $693 for the December quarter from $691 a year ago, according to UBS. And the increase would help Apple report an expected 2% rise in revenue for the December quarter when it announces financial results on Tuesday—despite what analysts say was softer-than-expected overall demand for iPhones."

Tim Arcuri, an analyst with Cowen told the WSJ that "The iPhone base wants a new, cooler iPhone. There's a lot of pent-up demand for a product with newer, cooler features," and he said the base-model iPhone 7 doesn't deliver."

Mickle further notes that analysts have said that "The relative success of the iPhone 7 Plus, however, underscored consumers' appetite for new features. The combination of a fancier camera, increased RAM and water-resistant capabilities made it the most successful higher-priced phone Apple has sold.

Mr. Arcuri estimates Apple sold 24 million iPhone 7 Plus devices, a 55% increase from the 15.5 million iPhone 6s Plus phones it sold during the same period last year." Arcuri specifically noted that 'They pulled that pricing lever like never before'" with the 7 Plus. For more on this story read the full Wall Street Journal report here.