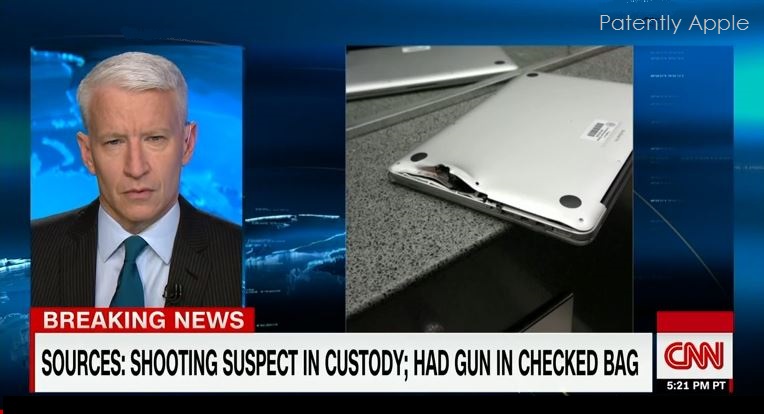 An eyewitness and near victim of the shooting at the Fort Lauderdale airport described how his backpack and laptop may have spared his life from the gunman's rampage Friday afternoon on CNN as noted below.

"I felt something hit my back," said Steve Frappier to CNN's Anderson Cooper. "It was only later when I went to the bathroom to check myself out that the bullet had entered my backpack, hit my laptop and then later when I gave my backpack over to the FBI for investigation they found the bullet in the pocket of my backpack."