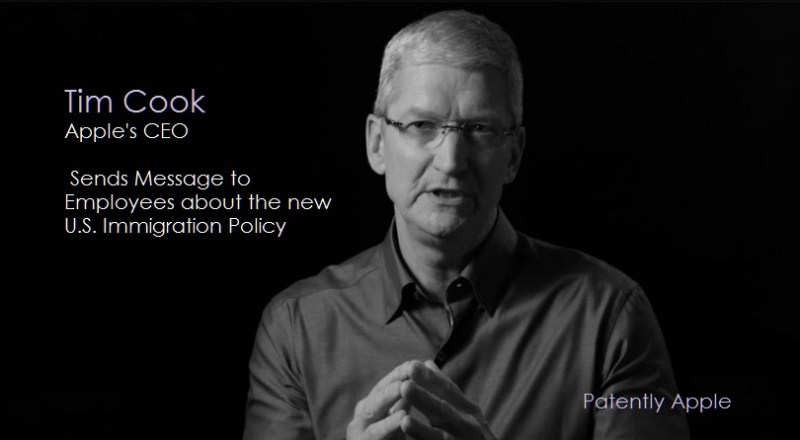 Earlier today Apple's CEO sent a message out to all Apple employees about the new U.S. immigration policy announced this week by President Donald Trump. Although Apple's CEO is trying to work with the new administration to create jobs in America and met with Ivanka Trump over dinner, when it comes to the new immigration policy Cook is standing with most major CEO's in disagreeing with it. MacRumors received a copy of the memo to staff as noted in full below. 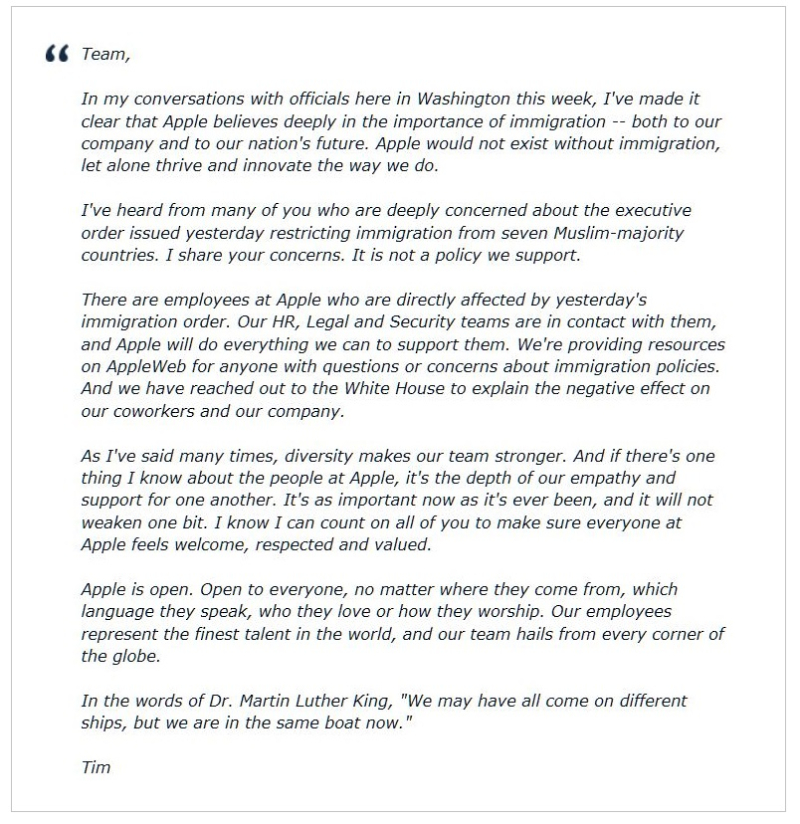 Apple's Tim Cook joins Google and other Silicon Valley CEOs on this front. Google officially called staffers back to US earlier today in response to President Trump's executive order on immigration. Google's CEO Sundar Pichai sent a memo out to staffers saying that "It's painful to see the personal cost of this executive order on our colleagues."