Are Android OEMs Beginning to Rebel against Google?

Last year Samsung pulled off a strategic win by acquiring Viv. The original inventors of Siri had spun off to create Viv and had invented a next-gen AI engine that was far more advanced than the original Siri. The Viv team demoed their new AI at the TechCrunch Disrupt NY 2016. The AI is able to understand incredibly sophisticated queries that Siri would never be able to respond to as witnessed in a Disrupt NY video here.

Next, Samsung then acquired Harman which has an AI engine for an infotainment system that could challenge or compete with Siri on CarPlay. Samsung then announced their very aggressive move that Viv was going to debut on their next Galaxy S8 smartphone which was an in-your-face move to counter Google's arrogant move to introduce their new Pixel smartphone that exclusively offered Google Assistant.

No other Android OEM was given the opportunity to sell this feature for Christmas sales 2016. That was a slap in their partner's faces; that was Google showing them who was boss. Yet that show of arrogance may have cost Google, with Samsung rushing to acquire Viv so as to have it ready in record time for the next-gen Galaxy S8. And Huawei has already introduced AI on their Mate 9 smartphone in China specifically for the Chinese consumer that they claim is more advanced than Apple's Siri.

Then a rumor surfaced in late December that Google was demanding that Samsung not use their Viv-based AI for the Galaxy S8. But it was too late at that point in time and with Samsung being the biggest Android smartphone vendor Google has, how far could they really push their number one vendor?

To top it off, this week Google was shot in the head point blank by Huawei. Not only did they not introduce Google Assistant for their first U.S. smartphone or even their own home grown AI that they use in China, they formally announced the adoption of Amazon's Alexa for their North American smartphone: Ouch! 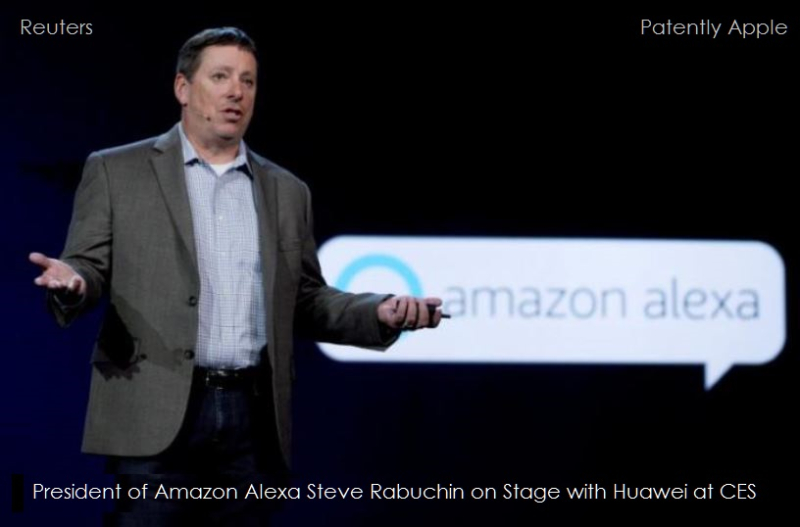 Most strikingly, Chinese firm Huawei Technologies, which manufactures smartphones running on the Android operating system produced by Alphabet Inc's Google, announced that its flagship handset will come with an app that gives users' access to Alexa in the United States.

Many in the technology industry believe that such voice-powered digital assistants will supplant keyboards and touch screens as a primary way consumers interact with devices.

While the shift is only in the early stages, Google must establish a strong presence quickly, particularly on Android devices, to maintain its dominance in internet search, said analyst Jan Dawson of Jackdaw Research.

"To the extent that voice becomes more important and something other than Google's voice assistant becomes the most popular voice interface on Android phones, that's a huge loss for Google in terms of data gathering, training its AI (artificial intelligence), and ultimately the ability to drive advertising revenue," he said.

While Google may try to downplay these moves from two very important Android partners by saying Android is an open OS and they give their partners choice to provide custom solutions blah-blah-blah, that would be empty whiz-bang marketing mumbo-jumbo.

The fact is that their partners are rebelling against Google and that is likely to encourage others to adopt Amazon's Alexa. And who knows, perhaps Microsoft may be behind the scenes drumming up business for Cortana on future Android smartphones. Once that door is open, it could mean Google loses control over a vital future feature and money generator.

Who knows where this could lead but as the Reuter's report framed it, "that's a huge loss for Google," and it may only mark the beginning.