In November Apple was granted a surprise patent for a possible future foldable iPhone using advanced carbon nanotube structures. Patently Apple was first to discover Apple's original European patent filing for flexible display that could fold back in January 2014. In December we posted a report titled "A Leading Supplier of Foldable Display Technology Confirms Five Tech Companies are Testing Foldable Smartphones." Apple along with Microsoft and others have been mentioned in a few tech reports claiming that they're working on foldable smartphones and tablets. Microsoft recently surprised the market with a detailed patent covering such devices. One of the designs that seems to be popular in the initial stages of foldable devices is the 'Fold-Out' form factor as noted in the Lenovo prototype illustrated below. As you could see by our cover graphic, Apple's patent figures clearing indicate that this future smartphone or mini-tablet could be folded out or in as noted further below in our report. 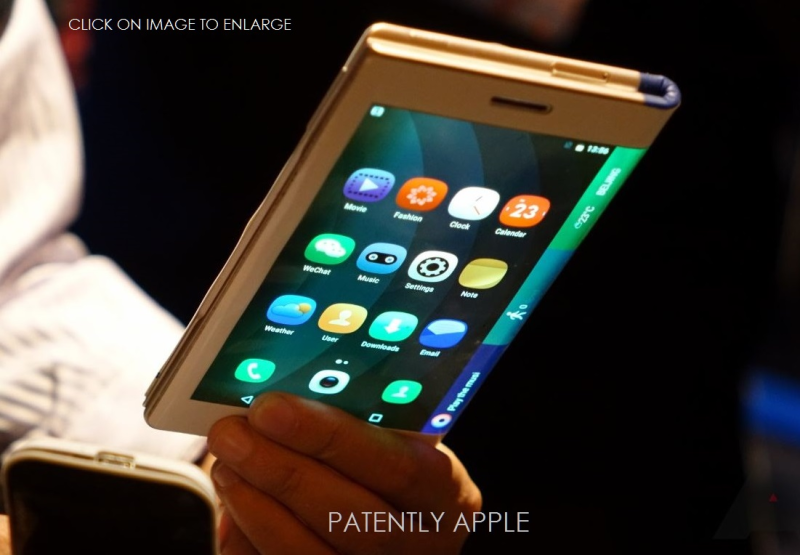 A polymer protective layer may cover the moisture barrier layer and may be relatively insensitive to bending induced stress as the display is flexed. Because the inorganic layers of the encapsulation layer are located below the polymer protective layer and are therefore subjected to reduced amounts of bending stress, bending-induced cracks in the inorganic layers can be reduced. 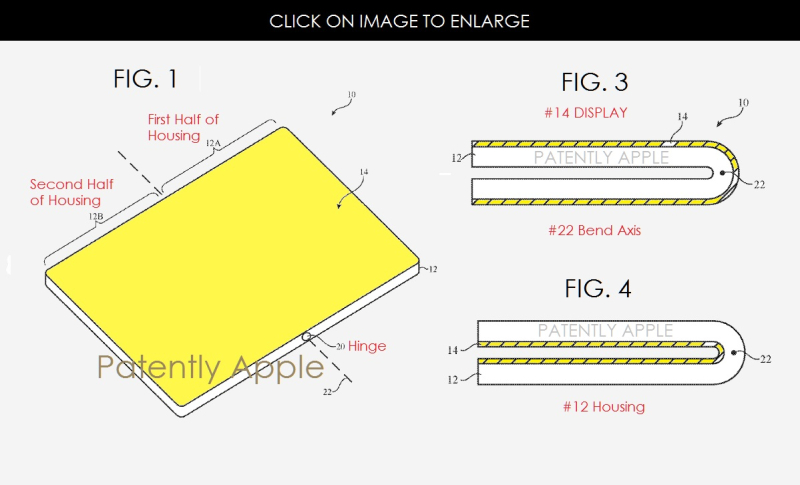 In a separate patent filing discovered this morning Apple reveals new transparent strain sensors that are set beneath the display. The patent provided no examples of why this mattered, yet in context with Apple flexible foldable smart device patent we see how this could now be applied. 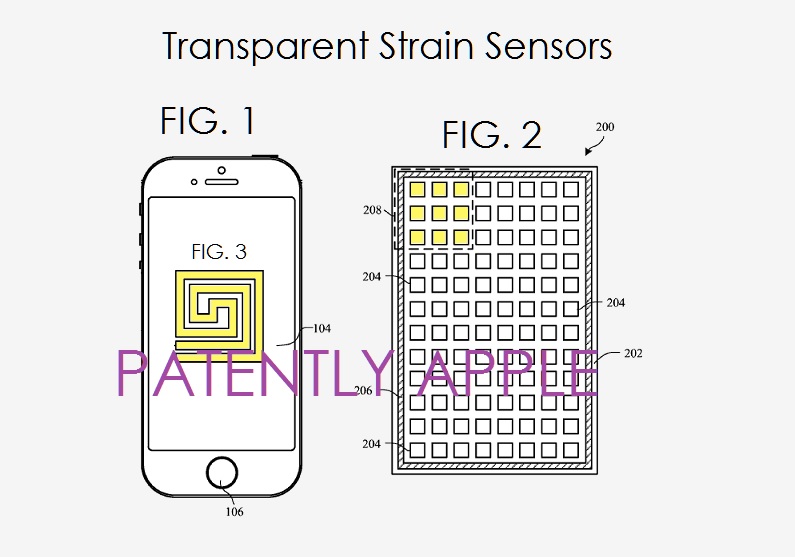 In respect to Apple's folding device patent, they note that it also one day apply to a laptop computer, a computer monitor containing an embedded computer, a tablet computer, a cellular telephone, a media player, or other handheld or portable electronic device or a wearable device.

It's clear that there's a race between all of the major smartphone vendors to launch foldable devices and even Microsoft and Google are noted as working on designs as well. Microsoft's is probably the most elaborate to date, though Samsung has been working on this for many, many years with a dozen or more form factors that they're considering from the simple to the exotic with scrollable designs as illustrated in their more recent filings.

Now that Apple's third invention on foldable devices has surfaced, we have to now acknowledge that this is a serious project that they're working on. Timing to market of course will always remain a mystery.

Apple's patent application was filed in May 2016.