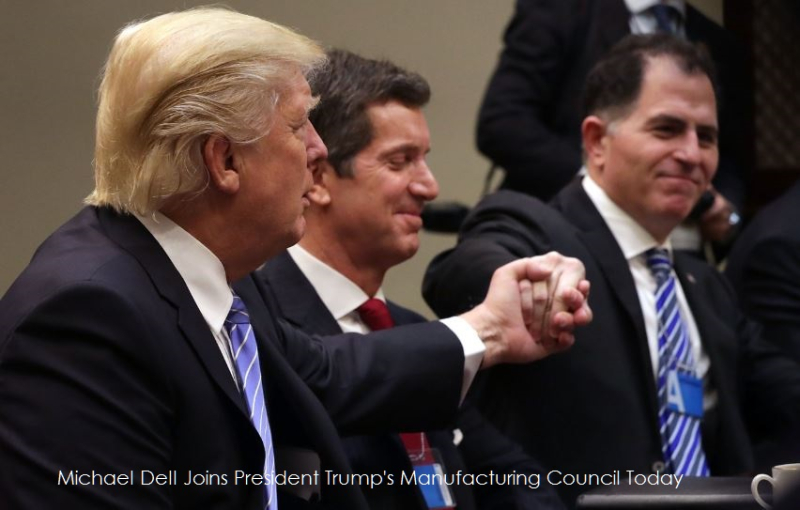 It's being reported today that Donald Trump's White House administration has revealed the full membership of its manufacturing council. TechCrunch reports that "The council includes Elon Musk, making this the second Trump administration advisory group that the Tesla CEO belongs to, including his Strategic and Policy Forum, which advises on economic matters.

While Apple isn't officially on the list, Apple has a tradtion of going out of their way to not be recognized by groups that they deal with. Yet it was recorded on December 14 that Apple's CEO Tim Cook and Tesla's Elon Musk met Trump for a smaller meeting after the other technology executives left the Silicon Valley powow at Trump Tower.

Today it was reported by Politico that Apple's CEO along with Lisa Jackson had a powere dinner with Ivanka Trump and husband Jared Kusner, who's a Trump adviser, at Tosca in Washington. Cook was one of the first to congratulate President Trump on his victory back in November.

Beyond the initial hysteria of shown by some in Silicon Valley on Trump's victory, Trump has made some solid headway with a number of the top players that matter including Tim Cook, Cisco's John chambers, and Apple partner IBM. IBM's CEO said while attending the pro business Davos World Economic Forum. Ginni Rometty stated that "pro-business promises from the incoming administration of Donald Trump were getting a warm reception from CEOs."

Here's the full list of members on the new manufacturing council: