The U.S. Patent and Trademark Office officially published a series of 45 newly granted patents for Apple Inc. today. Earlier today we posted individual granted patent reports covering possible future folding iDevices, cellular MacBooks and Augmented Reality for the iPhone. In our last granted patent report of the day and for the month, we point to an Apple Pencil invention that provides us with a hint that it could be coming to a future iPhone model. Apple was also granted a design patent today for an iPhone display module. We wrap up this week's granted patent report with our traditional listing of the remaining granted patents that were issued to Apple today.

There are challenges associated with using capacitive touch sensors to gather stylus input. Touch sensors are often mounted over displays to form touch sensitive displays. Displays have signal lines such as data lines that can emit noise. The noise can interfere with the operation of the touch sensor and can make it difficult to obtain accurate position information for a stylus. Unless care is taken, stylus data may be inaccurate or may require overly complex signal processing operations.

Today Apple Pencil is restricted to using a single App called Notes on an iPad Pro. Yet once Apple expands that functionality to taking notes or to annotate on other apps including Mail, Safari, iMessage and beyond, the display technology has to change to safeguard against noise that could affect cross-noise between multitouch and stylus touch.

While the patent points to stylus use with an iPhone, it never purposely expands on it specifically; it's just said as a matter of fact. Yet we know Apple Pencil is eventually coming to the iPhone because of a patent application spelling it out in black and white back in December, here. Apple's CEO also let it slip in an interview stating: "And if you've ever seen what can be created with that pencil on an iPad or an iPhone, it's really unbelievable." Unless there's a last minute decision to kill it, it appears that Apple Pencil will work its way to the iPhone and today's granted patent explains one of the technologies that will make it happen.

Apple's patent FIG. 4 noted is a cross-sectional side view of a portion of a touch sensor and display showing how touch sensor electrodes may interact with a stylus and may overlap signal lines such as data lines in a display; FIG. 15 is a flow chart of illustrative steps involved in processing stylus data. 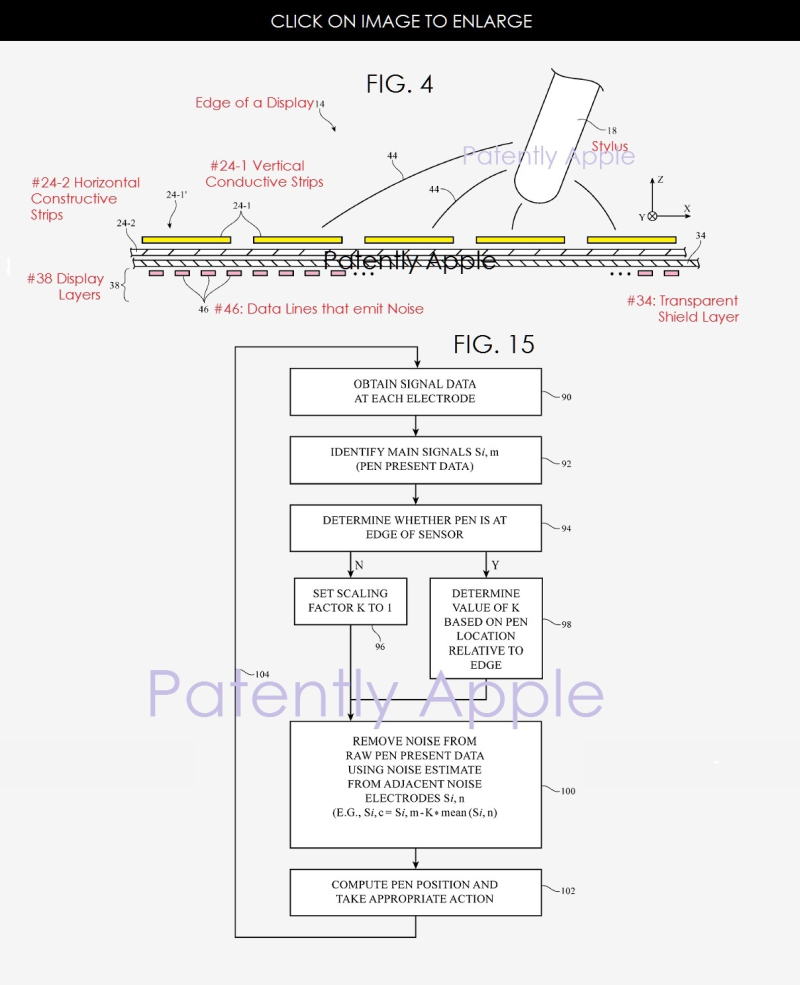 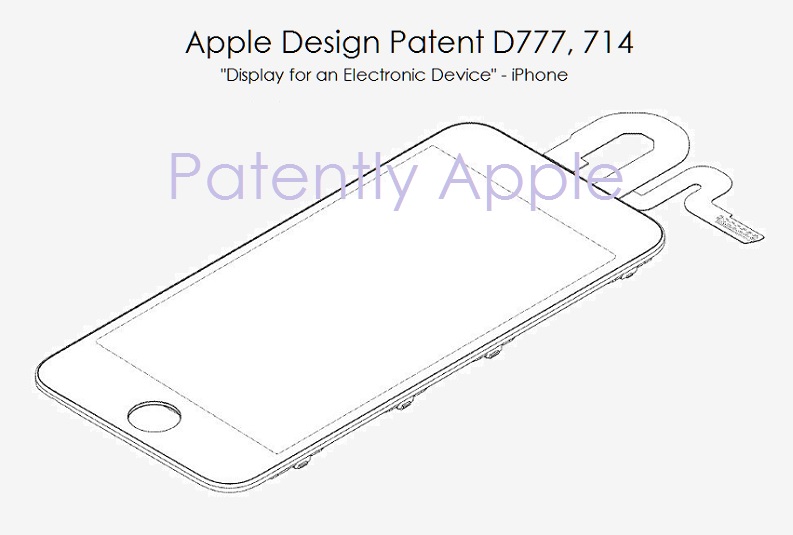 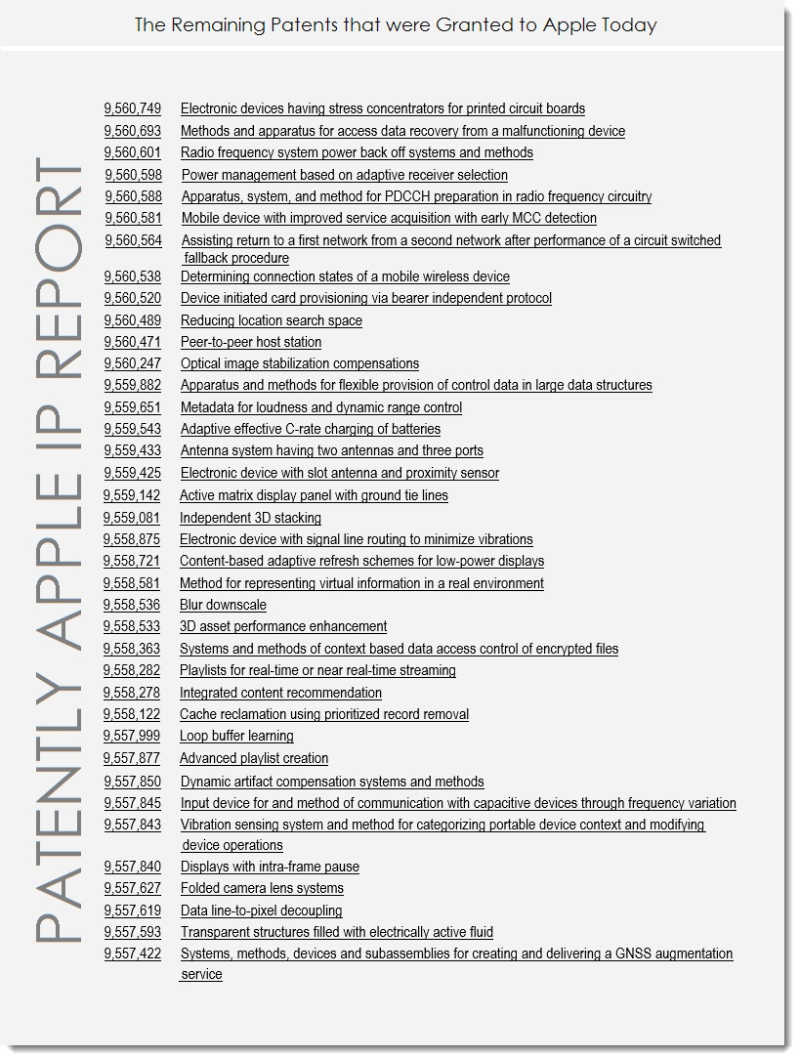