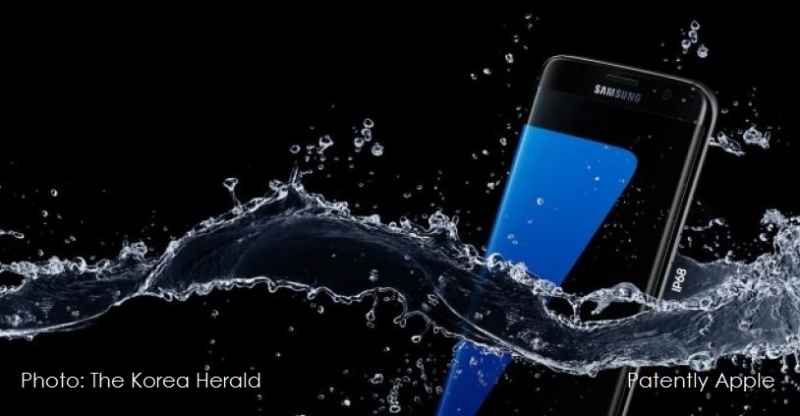 Water resistance has become one of the top must-have features for high-end smartphone. Apple made a huge leap forward on this front with the iPhone 7 that launched last year. According to industry sources in South Korea, Samsung Electronics' Galaxy S8 and Apple's iPhone 8 -- the most anticipated smartphone launches of the year -- will feature the highest level of dust and water resistance. One source stated that Apple's iPhone 8 will catch up with Samsung on waterproofing by featuring IP68 rating protection as part of the drastic upgrades that will distinguish Apple's 10th anniversary iPhone launching this fall.

Samsung, the world's largest smartphone maker, is extending the adoption not just for the upcoming Galaxy S8 but also for the lower-end models, including the A3, A5 and A7 that were recently unveiled. "Samsung is considering water protection even for the cheapest J series phones as they are the best-selling Galaxy phones," another source said.

Whether Apple will be moving in the same direction by adding water resistance to the iPhone SE or older models is unknown at this time, but probably not. Water resistance began with the iPhone 7 and will likely be a part of all future iPhones.

Although Apple was granted yet another water resistant patent in September, their biggest contribution on this front thus far was eliminating the headphone jack on the iPhone 7. Technically speaking, Apple has a patent whereby a future OLED display could act as a speaker which would eliminate speaker grills and add another major water resistant dimension.

Acoustic displays were a big hit at this year's CES trade show as the next big thing in HDTV's. The public's excitement over this feature proved that this is ready for prime time. Though like all patents, the timing of Apple actually executing on this breakthrough feature will remain a mystery until it's launched.