As the Super Bowl countdown begins, Siri is gearing up for the Big Game too. For the first time, Apple TV users will be able to ask Siri to tune in live to the Super Bowl just by saying, "Watch the Super Bowl" no matter where you are. Siri will be able to provide you with full team rosters, player comparisons, historical stats, season records and more. Siri can also help with game day planning by telling fans where to watch the game, who's performing during the halftime show and reminding them to pick up snacks as they head out the door.

What Kind of Questions will Siri help you with? Ask Siri questions like:

•When is the Super Bowl and who's playing?

•Where is the Super Bowl being played this year?

•Who is performing at the Super Bowl halftime show?

•What channel is the Super Bowl on?

•What is the Patriots record? What about the Falcons?

•Who had more field goals this season, the Patriots or the Falcons?

•Who has more rushing yards this season, Tom Brady or Matt Ryan?

•How many yards did Matt Ryan have last week?

•What college did Tom Brady play for?

•Who is the coach for the New England Patriots? 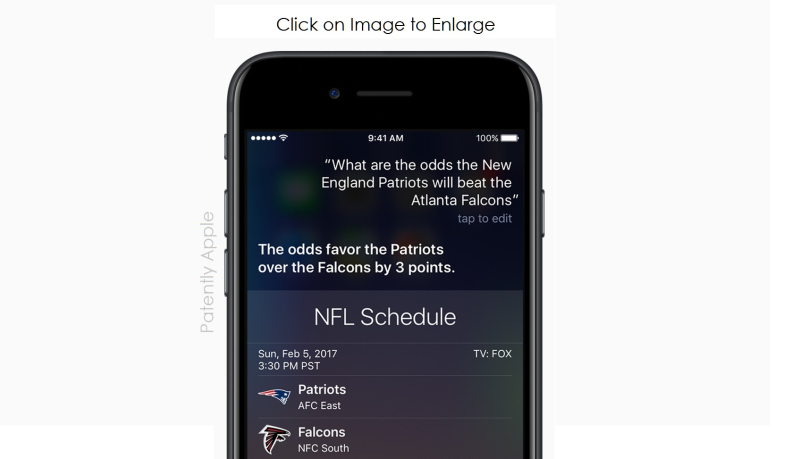