It's being reported that Apple is set to join the 'Partnership on AI' – an artificial intelligence research group that includes Amazon.com Inc., Alphabet Inc.’s Google, Facebook Inc. and Microsoft Corp. Apple’s admission into the group could be announced as soon as this week, according to people familiar with the situation. Representatives at Apple and the Partnership on AI declined to comment, according to Bloomberg.

By going to the Partnership on AI website, it's clear that Apple is late to the party being that the partnership was originally formed way back in September 2016 with Amazon, Google, Facebook, IBM and Microsoft.

The non-profit organization aims to work to advance public understanding of artificial intelligence technologies (AI) and formulate best practices on the challenges and opportunities within the field. Academics, non-profits, and specialists in policy and ethics will be invited to join the Board of the organization, named the Partnership on Artificial Intelligence to Benefit People and Society (Partnership on AI).

The objective of the Partnership on AI is to address opportunities and challenges with AI technologies to benefit people and society. Together, the organization's members will conduct research, recommend best practices, and publish research under an open license in areas such as ethics, fairness, and inclusivity; transparency, privacy, and interoperability; collaboration between people and AI systems; and the trustworthiness, reliability, and robustness of the technology. It does not intend to lobby government or other policymaking bodies.

In October 2016 The Executive Office of the President National Science and Technology Council Committee released a paper on "Technology Preparing for the Future of Artificial Intelligence." 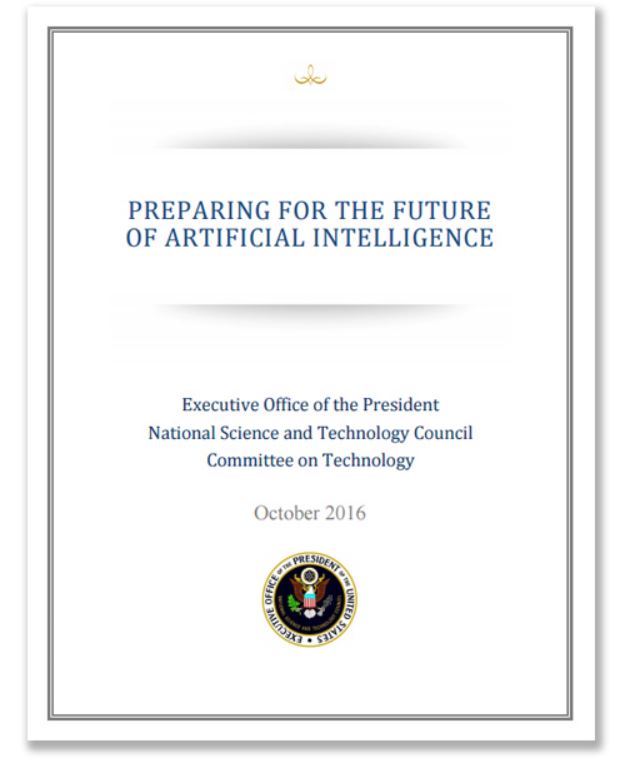 AI technologies hold tremendous potential to improve many aspects of life, ranging from healthcare, education, and manufacturing to home automation and transportation. Through rigorous research, the development of best practices, and an open and transparent dialogue, the founding members of the Partnership on AI hope to maximize this potential and ensure it benefits as many people as possible.