At present, Apple's Transit Map app for iOS is available in 38 cities around the world as noted on their website. Not having this feature available to me in my city, I have no idea if Apple's latest transit maps patent application is confirming a feature already in place or one in the works. However, considering that the patent was only filed a little over three months, it's likely a new feature. Apple's invention for transit maps revealed today comprises of a method for displaying incident reports for a user's specific favorite transit line and/or stations. In some embodiments, a reported incident can be an incident about the overall transit line, a portion of the transit line, or one or more stations along the transit line. 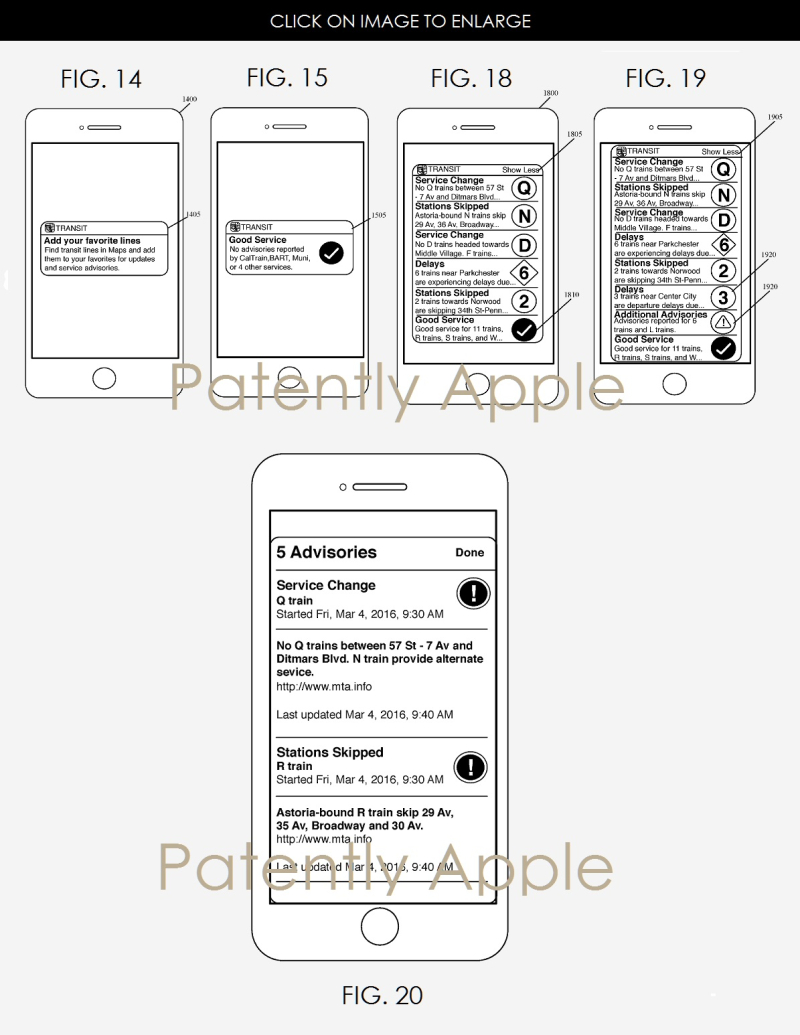 Apple's patent FIG. 20 noted above illustrates an example of a transit incident card that the map application shows when any entry in the expanded incident report is selected.

Apple's patent application 20170010118 was filed back in September 2016. To review the finer details of this invention, click here. Considering that this is a patent application, the timing of such a product to market is unknown at this time.