Apple's Senior VP of worldwide marketing Phil Schiller introduced the iPhone 7 on September seventh and informed us that they had added Felica, Japan's version of NFC, to the iPhone 7 and Apple Watch Series 2. In October Apple's CEO tested out the technology in Japan when taking a ride on the Yamanote Line railway. Felica uses NFC-F technology which is a faster form of RFID with Type B communications. Today we learn that Apple was granted a patent for an RFID tag and microchip integration design. The technology was gained through LuxVue Technology, a company they acquired back in 2014. Whether today's patent is used in Apple's iPhone today or this is something for the future is unknown at this time, but the patent does reference Japan's faster RFID standard.

Apple's newly granted patent covers their invention relating to an integrated microchip, method of integrating a microchip, and a microchip integration system. In an embodiment, a microchip such as a micro RFID chip or integrated passive device (IPD) is electrostatically transferred and bonded to a conductive pattern including a line break. In an embodiment, the line break is formed by a suitable cutting technique such as laser ablation, ion beam etching, or photolithography with chemical etching to accommodate the microchip. 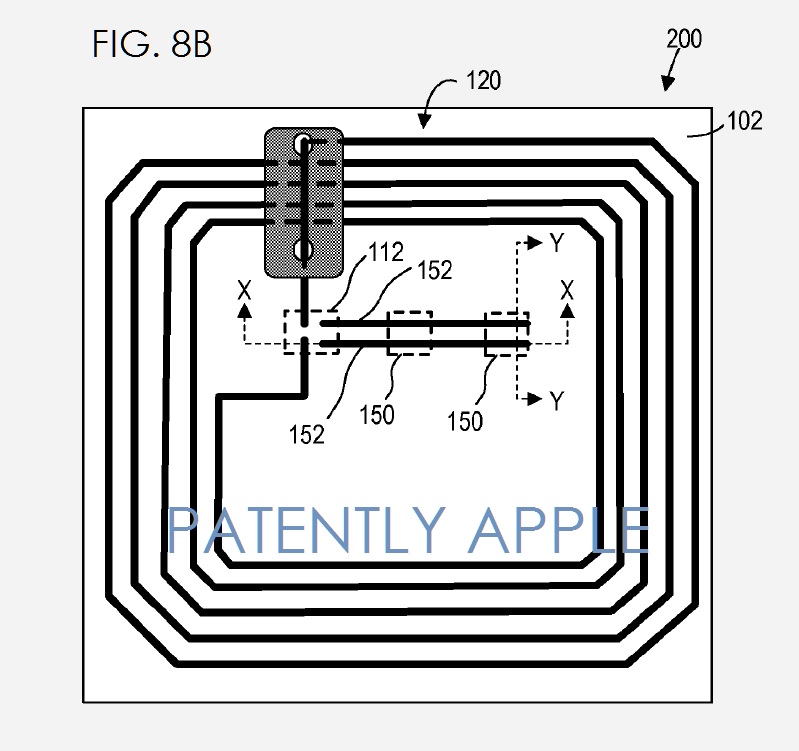 Felica is NFC-F that technology which is a faster form of RFID with Type B communications. Today's patent shows the U.S. frequency for RFID is at 915 MHz and the Japanese standard being 950 MHz.

Apple's granted patent 9,542,638 was originally filed in Q1 2014 and published today by the US Patent and Trademark Office.