The U.S. Patent and Trademark Office officially published a series of 45 granted patents for Apple Inc. today. In this particular report we take a brief look at one of Apple's patents that was gained by acquiring Metaio in 2015. We noted in our 2015 report on the acquisition that "Metaio is the worldwide leader in Augmented Reality software, research and technology. With over 10 years of experience in Augmented Reality and Computer Vision, Metaio serves over 100,000 developers with over 1,000 published apps. In total, Metaio's AR software reaches over 30 Million consumers around the world. Today's report covers their invention titled "Wearable information system having at least one camera."

The Metaio team noted in their patent that smartphones, Audio Guides and similar information systems have become popular in recent years. Augmented Reality, as a new user interface paradigm, has seen great progress, especially based on computer vision algorithms for object recognition and pose estimation. Head mounted displays, equipped with a camera have been known for some time

According to the present invention, the information is capable of scanning the user's environment for interesting objects (e.g. interesting pieces in the exhibition). This can be done while consuming little power. As soon as an interesting piece comes into sight, the system can "wake up" and move to a high power mode, for example in order to download interesting content and display it using Augmented Realty or in order to start an audio-clip, explaining the piece.

Another advantage of the invention is improved reaction time for applications, like indoor navigation. The user might also activate the system if lost and the system can immediately provide navigational information as to where they are on a map. 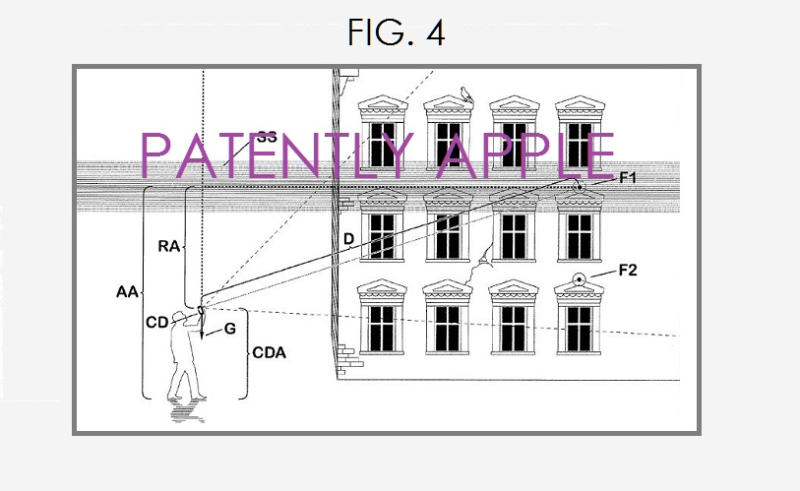 And Lastly, Apple's patent figure 4 shows a user taking a photo of a building in 3D Depth mode. The system could also be used in Augmented Reality mode and the building could be identified for the user and put into the photo automatically.

Apple's granted patent 9,560,273 was originally filed in Q1 2014 and published today by the US Patent and Trademark Office. 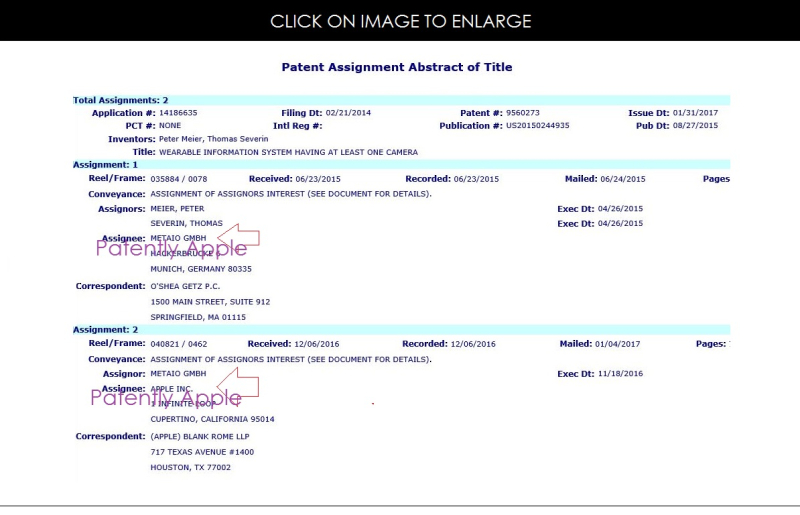 The history of the patent as noted above tells us that this is a patent from Metaio from Germany, a company that Apple acquired for Augmented Reality. Below is one of Metaio's videos.