Home Archives Contact Us Subscribe Twitter Facebook Patently Mobile
Apple Granted another Flexible / Foldable Device Patent that describes a new Fabric Housing for an iPhone
The EU Commission is Patient, even though Apple's Deadline to pay the €13bn Owed has long come and gone 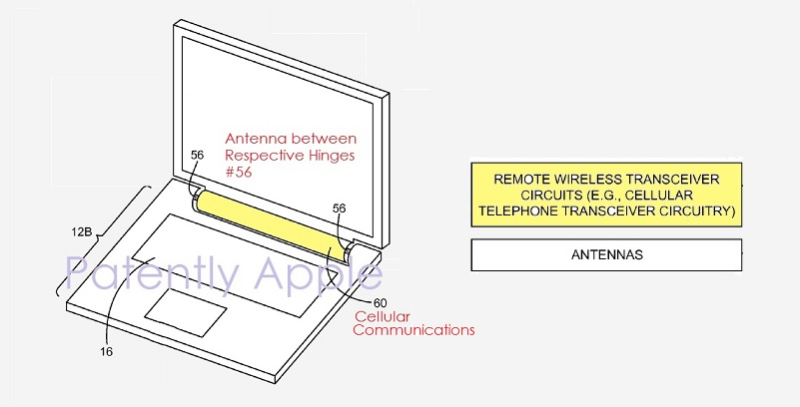 Apple has been working on a MacBook with cellular connectivity for at least seven years, as this is when we began covering this invention category the we have dubbed the Cellular MacBook. With the introduction of the iPad, Apple had little interest in providing a competing product for macOS. But now Microsoft is going full tilt in 2017 supporting cellular Notebooks based on a new partnership with Qualcomm. Microsoft OEM's like Huawei and Lenovo will introduce notebooks with cellular connectivity this year as will most major OEMs. Even Xiaomi introduced one in late December for the Chinese market. This will be a real test for Apple this year. Will they finally deliver a cellular MacBook solution beyond tethering an iPhone for real power users, or will they ignore this emerging trend to continue to support their iPad Pro product line. On the flip side, should Apple want to go this route, they'd have to work with Intel or other source because they're presently at war with Qualcomm – who is likely not all that interested in supporting a new Apple product until their patent war is settled, which could take years.

The U.S. Patent and Trademark Office officially published a a newly granted patents for Apple covering a cellular MacBook antenna which could be hidden in the cavity of a MacBook display hinge.

Specifically, a future MacBook could support wireless communications circuitry that operates in long-range communications bands such as cellular telephone. It would also support Bluetooth, NFC and satellite navigation system communications. 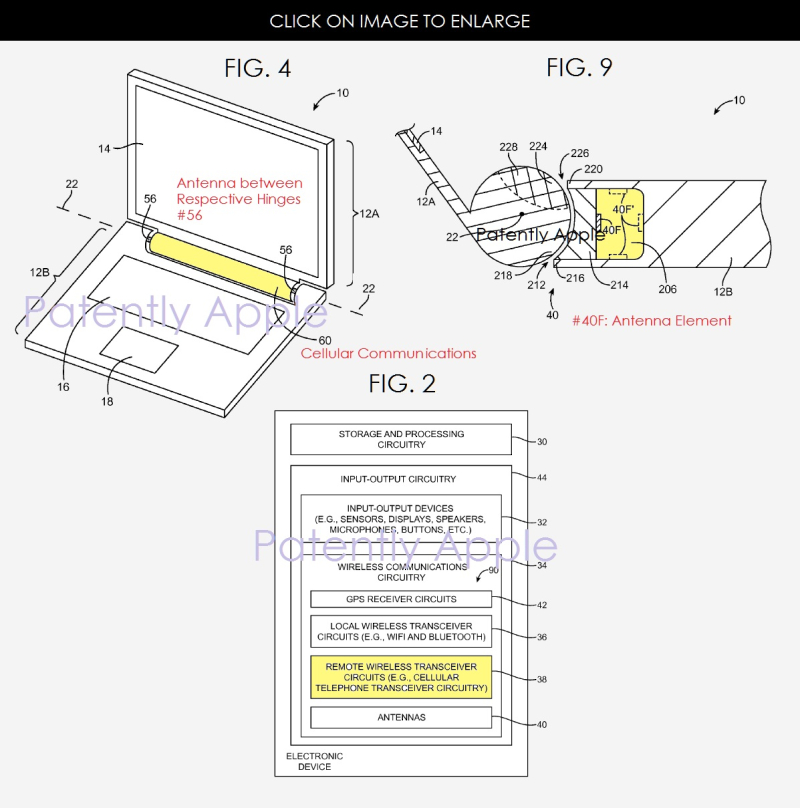 Apple's patent FIG. 9 is a cross-sectional side view of MacBook having a lid in an open position and having antenna structures built-in that would support cellular antennas that could also be used for telephony and not only data as noted in FIG. 2's flowchart.

Apple's granted patent was originally filed in Q2 2015 and published today by the US Patent and Trademark Office.