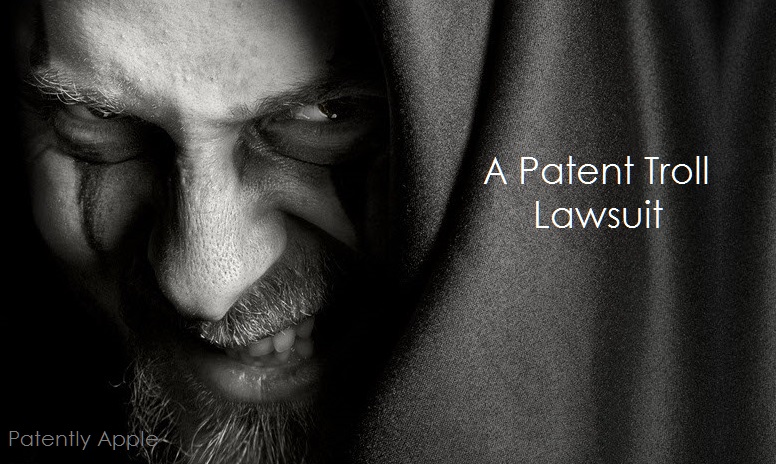 A new patent troll lawsuit was filed against Apple in the patent troll friendly Texas Eastern district Court last week. The troll named Seatoun Media is using a patent originally assigned to Voice Express Corporation by the U.S. Patent Office in 2002. The lawsuit never mentions the original assignee. They claim that Apple iDevices using messaging software infringes their acquired patent. The application titled "Point to point voice message processor, method and recording/playback device" relates to and describes an ancient point of sale system. An excerpt of this patent is noted below:

"It is a purpose of the present invention to provide for a simple and flexible method and system that will permit voice message recording/playback devices to be ordered and recorded during one phone call without the need for expensive switching and voice processing hardware and similarly to provide a flexible system which permits voice message recording/playback devices to be recorded at a point of sale whether that point of sale is accessed by way of a phone call or a personal visit.

It is also a purpose of the present invention to permit the customer to select personally and the sales agent to request personally from the delivery site the maximum recording length of the voice message recording/playback device, the model, package design of the voice message recording/playback device, as well as to select any accessory which the customer wishes to have delivered with it." 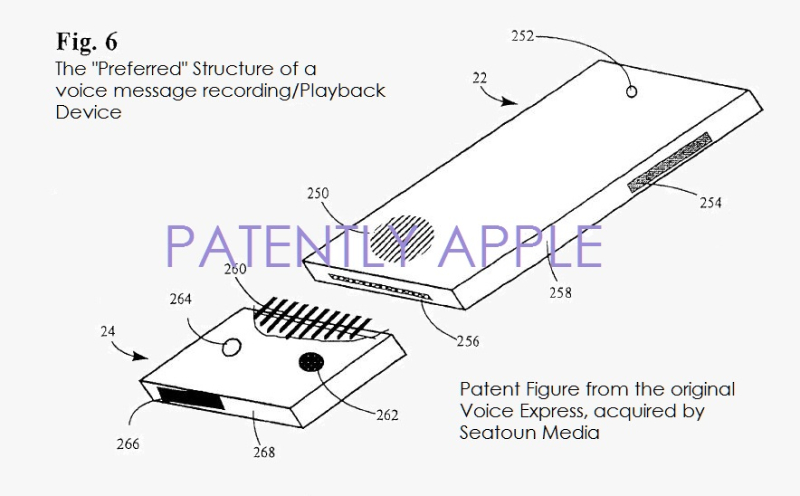 In the eyes of Seatoun Media, this somehow translates to Apple infringing a modern messaging system that has no connection whatsoever to a POS Point of Sales system. Abandoning the real purpose of this invention, the law firm will focus their case entirely on playing the legalese tango with patent claims to provide the invention with magical powers to apply to things never conceived by the original inventor. The law firm owns no "real product" in the market for sale. The patent was acquired solely for the purpose of suing tech companies with deep pockets.Of course the law firm will take the stance that they're job is to defend the IP of the world. .

The war over Patent Trolls continues in the courts. For interest sake, you could check out Patently Apple's December report titled "The Patent Case of the Decade Could End Most Patent Troll Litigation in Eastern Texas Courts against Apple & others."

"Apple makes, uses, or sells a variety of electronic devices, including smartphones and tablets.

Apple has directly infringed, and continues to directly infringe, at least one claim of the [6,356,626] '626 Patent under 35 U.S.C. § 271, literally and/or under the doctrine of equivalents. Discovery is ongoing, and the claims have not yet been construed, but at this preliminary stage, Apple infringes, and continues to infringe, claims 1through 19 of the '626 Patent, literally and/or under the doctrine of equivalents. Defendant's infringing acts include, but are not limited to: making, using, selling, and offering to sell its electronic devices and software. 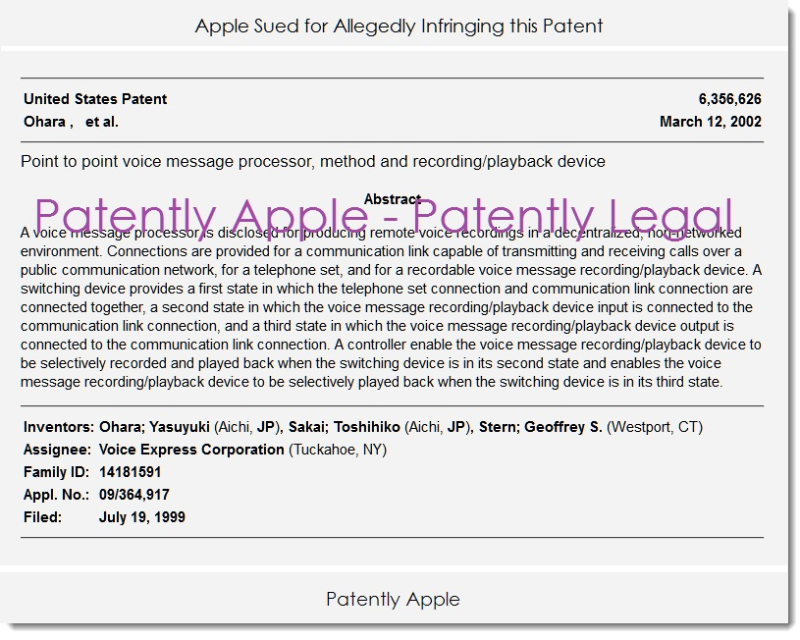 As one example, Apple currently makes, uses, and sells the Apple iPhone 6 and iMessage. These products infringe at least one claim of the '626 Patent, at least by providing the capability to record and play voice messages through a communications link.

Apple's use of the technology claimed in the '626 Patent is without license or authorization from Seatoun.

Seatoun has been damaged by Apple's infringement of the '626 Patent.

Apple was notified of its infringement of the '626 Patent as on October 16, 2016, and its ongoing infringement is willful."