Earlier today Patently Apple posted a report titled "The Digital Assistant War for Home Automation Device Supremacy is about to get Really Heated." The report was partly based on a new Reuters report pinning Apple versus Amazon for home automation supremacy. The Reuters report failed to put Microsoft in this battle even though it's widely known that Harman Kardon will be releasing an Echo-like device powered by the Microsoft digital assistant Cortana later this year. Better yet the U.S. Patent & Trademark Office published a patent application from Microsoft yesterday that revealed a very sophisticated, next generation home automation device that is driven by Cortana, Microsoft's digital assistant that in my opinion is miles ahead of the Echo – if they get it to market within a reasonable time frame.

Microsoft's home automation system could leap frog Amazon's Echo driven by Alexa and Google Home driven by Google Assistant. Way beyond voice activation, Microsoft's system will offer a highly sophisticated 3D depth camera in tune with a pico projector to allow video conferencing to occur in any room in your home or office as the imagery could be projected onto a wall instead of a computer display as noted in our cover graphic.

Microsoft notes that screen-based desktop videoconferencing, screen-based video presentations and screen-based digital television are now mature technologies, but the requirement for a screen is taxing in terms of space requirements, mobility, and cost. Using smart phones or tablet computers for mobile video conferencing allows for mobility but introduces the difficulty of holding a screen while moving, small image size and difficulty multi-tasking.

Microsoft's remedy is found in one of their latest published inventions that relate to a portable projection unit which has a rotating capture module and a rotating projection module.

The capture module has at least one color camera, at least one microphone and at least one depth camera and is configured to capture images of an environment of the projection unit. 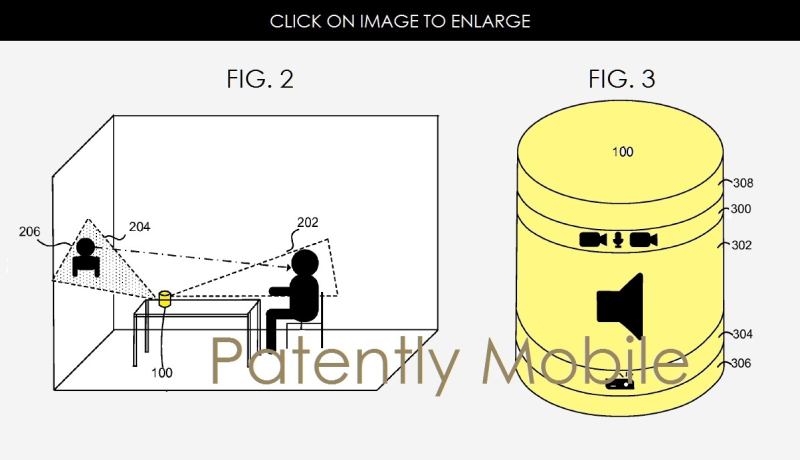 The projection unit is capturing images of the seated user as indicated by triangle #202 and transmitting the captured images to the remote party. In this way screen-less video conferencing is enabled in a simple manner without the need for augmented reality headsets. 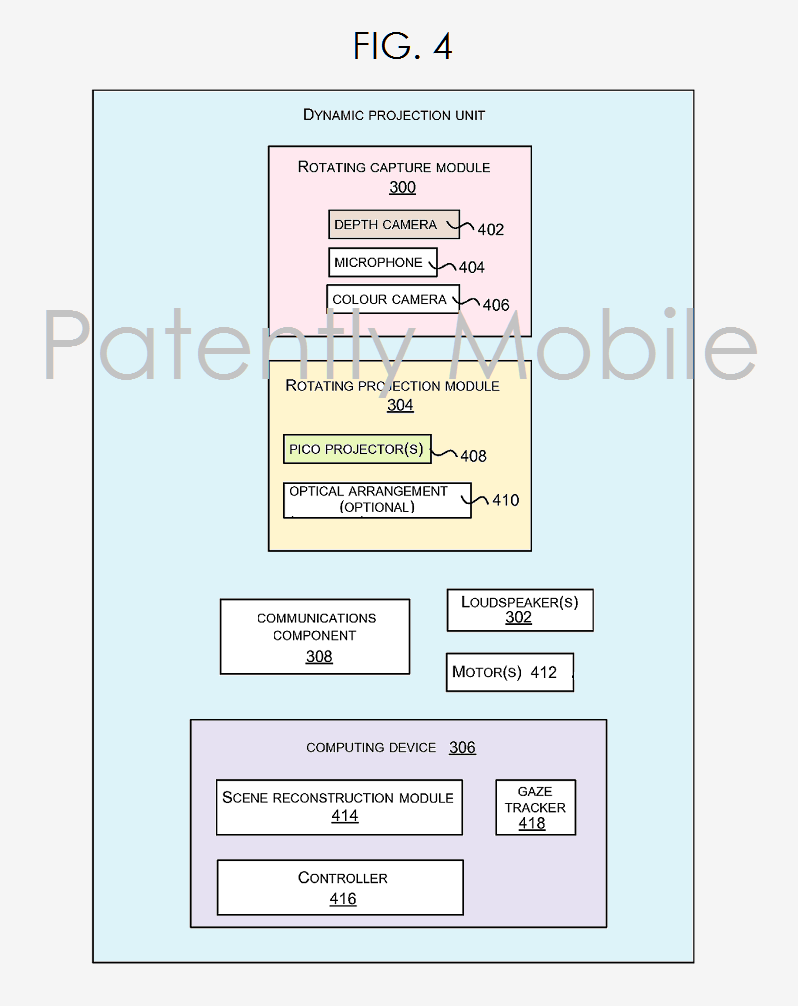 For more on this invention, see our full Patently Mobile report here.