Home Archives Contact Us Subscribe Twitter MeWe Facebook Patently Mobile
Supply Chain Report Confirms Apple to Open R&D Centers in China and Indonesia in 2017
Politics and the Chinese Smartphone Invasion into the U.S could Cause some Havoc for both Samsung and Apple in 2017

Why is Apple Reviving their Old 'AirTunes' Trademark?

An oddity popped up in the EU's Trademark Office database late last week. Apple filed for the figurative trademark 'AirTunes' under application 016d199507. Apple's AirTunes became AirPlay in 2010. Apple officially cancelled the AirTunes trademark on November 11, 2016, according to a U.S. Patent and Trademark document that we present below in abbreviated form. Searching USPTO's database for AirTunes produced a result that we've tagged onto the graphic below. All references to it are now "Dead," which means the trademark is owned by no one any longer, has been abandoned and/or cancelled. Could that be any clearer?

Yet in black and white, the UK filing shows that Apple is reviving the trademark. It's weird because AirTunes was originally designed to work with Airport which Apple has now reportedly killed off. So whatever purpose Apple has in mind for reviving the 'AirTunes' trademark has to be for something completely new or it's a complete error on the part of Apple's UK lawyers thinking it was time for a renewal of the trademark. 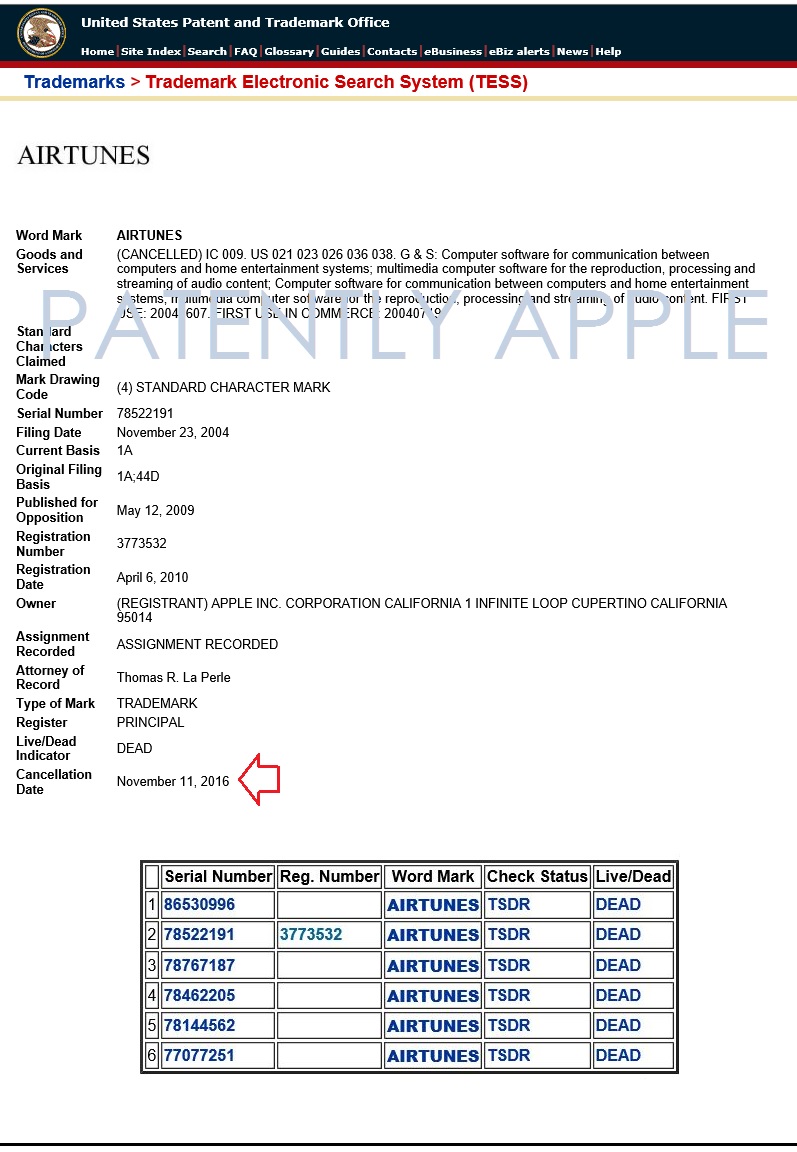 Apple filed 'AirTunes' under International Class 009 with the specifics as follows:

In 2004 when Apple filed for the AirTunes trademark originally, it obviously didn't include verbiage including "tablets, phone, mobile devices" which are presented in Apple's current EU's filing as noted above. So this doesn't appear to be an automated renewal of the old application.