Home Archives Contact Us Subscribe Twitter Facebook Patently Mobile
New Report shows iOS Holds 51.7% Market Share in Japan While the iPhone 7 is a Best Seller in the U.S. and Britain
Apple Awaits Beijing Court Decision on whether the iPhone 6 Design will be banned in China 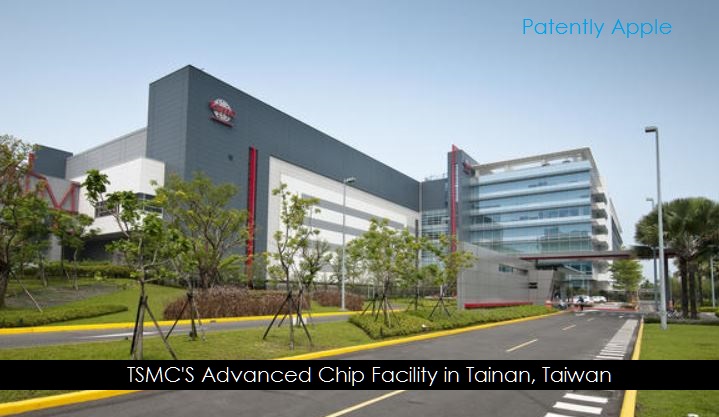 Apple is likely to move to TSMC's 10nm processors for their 2017 anniversary iPhone from the 16nm processors that are currently behind the iPhone 7. The next chip war will over 7nm chips. TSMC's CEO Mark Liu stated at their second quarter performance presentation back September that he believed that their 7nm chips will be superior to those from Samsung in PPA index that indicates Power, Performance, and Area. He noted that they're going to start on tape-out on 7-nano chips in first quarter of next year and start mass-producing in early 2018. That probably means they'll be ready for smartphones in 2019.

TSMC currently holds a 55% market share lead in the global market of advanced chips and to stay ahead of the completion they're working with the government of Taiwan to find a parcel of land in the Southern part Koahsiung so as to begin work on a new plant for their next generation of chips in the 5nm and 3nm range, according to the Nikkei Asian Review.

Although Apple will one day be able to tap into these next-gen chips, TSMC is also looking forward to developing chips for next-gen products in the areas of autonomous vehicles, artificial intelligence and the Internet of Things (IoT) which will be first to adopt the technology. This was first revealed back in September.

For the record, Patently Apple posted a report over the weekend covering a letter sent by Apple to the National Highway Traffic Administration regarding policies surrounding autonomous vehicles. So Apple may still be involved in this area of technology that one day may require advanced processors from TSMC.

At present, TSMC has some 470 customers worldwide. Its biggest clients are Apple and Qualcomm, with each accounting for 16% of the company's revenue.

As for smartphones, TSMC's move to begin a new plant in the coming year for 5 and 3nm processors ensures that Apple will be able to build on their iPhone road map well into the future.