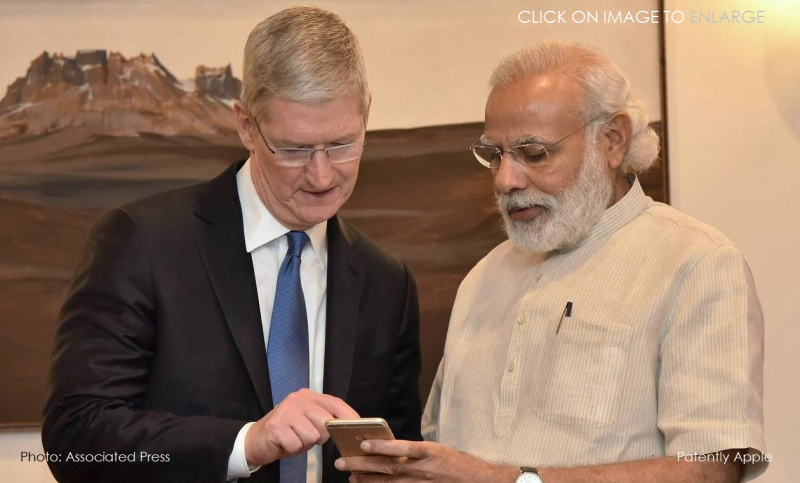 Way back on November 7, Patently Apple posted a report titled "The Politics over Opening an iPhone Plant in India Takes another Twist as Apple Seeks Government Incentives up Front." The Economic Times of India reported at the time that a Government official had revealed that in a communication to the Indian government, Apple had asked for incentives to open a plant to key government departments related to Electronics and Information Technology. Today the Wall Street Journal confirms that old news.

The Wall Street Journal report today that "Apple Inc. is discussing with the Indian government the possibility of manufacturing its products in the country, according to two senior government officials, as the company seeks to grow its sales and presence in the South Asian nation.

In a letter to the government last month, the Cupertino, Calif., firm outlined its plans and sought financial incentives to move ahead, the officials told The Wall Street Journal. Senior Trade Ministry authorities in recent weeks met to discuss the matter."

Not much is new in the WSJ report but you could review it here as confirmation of the original story.