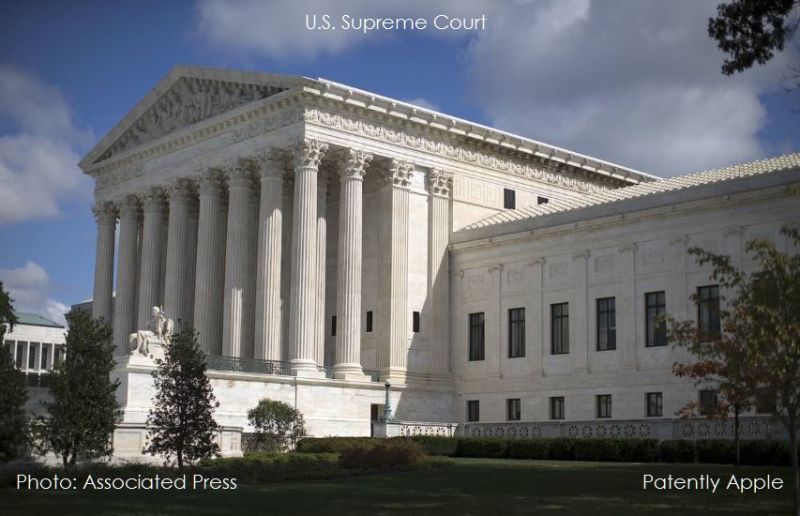 Over the last 24 hours there have been a number of interesting legal reports published that agree that while the U.S. Supreme Court has only heard 30 or so patent cases over the last decade, a new case that the high court accepted for review on Wednesday could have more impact than any of them in that time frame. The TC Heartland case could be the case of the decade, according to Kenneth Parker partner with Haynes and Boon. TC Heartland stems from a Delaware suit in which Kraft sued Indiana-based TC Heartland for infringing three Kraft patents on fortified water. The Wall Street Journal framed it this way: "The U.S. Supreme Court on Wednesday agreed to take up a major issue that affects patent litigation against businesses: ​the ability of patent holders to funnel infringement claims through courts with a plaintiff-friendly reputation."

More specifically, if the court agrees with petitioner TC Heartland Inc., it will mean hundreds of cases that are filed each year in the plaintiff-friendly Eastern District of Texas will have to move elsewhere. That would almost certainly mean lower settlement values for plaintiffs. For patent litigators on both sides, it could mean the uncertainty of practicing before judges who aren't familiar with patent cases or who don't have established local rules.

Sterne Kessler Goldstein & Fox litigation chief Byron Pickard stated for the record: "I think you're going to see a general downturn in patent litigation overall" if the venue rules are tightened. Your marginal case will be worth less money."

TC Heartland and a slew of amici curiae are asking the court to restore the venue rules that applied to patent infringement cases before a 1990 Federal Circuit decision opened them essentially to any district in the country. Under a prior Supreme Court decision, patent cases had to be filed in the state where the defendant was incorporated or had a regular and established place of business.

Some 35 percent of all the patent infringement cases in the country were filed in the Eastern Texas during the first three quarters of this year. The venue appears to be especially popular with non-practicing entities or Patent Trolls.

Patent litigators say Eastern Texas has become the venue of choice for a number of reasons: Juries are willing to award more damages, cases are brought to trial quickly, the trials themselves are kept shorter, summary judgment is harder to obtain, and Section 101 patent eligibility motions, which can quickly shut down a suit in other courts, are generally not decided early in the litigation.

If cases are dispersed around the country, proceedings will be far less predictable. "In certain jurisdictions and with certain judges, it's very difficult to get to trial," Parker says—with discovery and pretrial motions sometimes dragging on as long as five years. Cases also could wind up before judges who aren't shy about their dislike for patent cases, or simply aren't experienced with them.

The Eastern District's share of non-practicing entity cases would likely drop from 64 percent to 19 percent under a decision for TC Heartland, according to a study by Santa Clara University law professor Colleen Chien and Villanova University's Michael Risch.

Peter Corcoran, a Texarkana patent attorney, said he feared a reversal could eliminate as much as 99 percent of the Eastern District's docket. "I think I need to start looking for another area of work,'' Corcoran said of the implications of overturning TC Heartland; "It's not good."

The Wall Street Journal report on this noted that "The case "may fundamentally change where patent cases are heard, ending the dominance of the Eastern District of Texas. And if the court does do something about patent forum shopping it will eliminate the need for patent reform in Congress," said Stanford Law School professor Mark Lemley."

At the heart of this case, TC Heartland's petition to the Supreme Court said "the current rules have fueled a plague of abusive patent litigation.

The answer to this question is a matter of concern to every domestic corporate manufacturer, distributor, retailer, service provider, or end user that is potentially subject to suit for alleged patent infringement."

On the other side, Kraft urged the high court not to hear the case. The company noted that it actually makes products and isn't the kind of abusive patent litigant that concerns the business community. It also said the issue was one for Congress, not the courts, to sort out.

The high court is likely to hear the case in early 2017, with a decision expected by the end of June.

Leonard Davis, the former chief judge of the Eastern District of Texas who is now of counsel at Fish & Richardson, said that if, TC Heartland is overturned, much of the nation's patent litigation will shift to California, where major tech companies are incorporated.