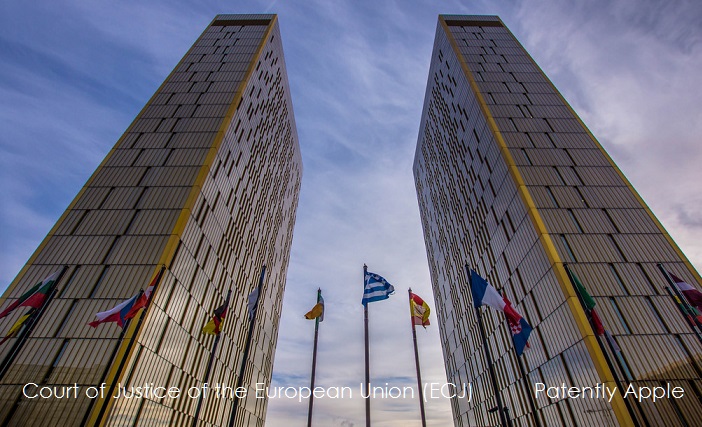 Patently Apple posted a report late last month titled "UK's Investigatory Powers Bill Surprisingly Given Fast Track Approval Giving the Government Extreme Spying Powers." The UK's Independent report stated that "Britain's intelligence services have officially been given the "most extreme spying powers ever seen." Today we're learning that even though Britain is leaving the European Union, the EU Court stepped in to rule that the new law is overreaching. The European Court of Justice ruled that EU laws forbid the "general and indiscriminate" retention of internet data."

The report notes that "A Home Office spokesman said: 'We are disappointed with the judgment from the European Court of Justice and will be considering its potential implications.'

'Given the importance of communications data to preventing and detecting crime, we will ensure plans are in place so that the police and other public authorities can continue to acquire such data in a way that is consistent with EU law and our obligation to protect the public.'"

The EU's fast ruling is likely to further anger those who voted for Brexit and see this as evidence of the EU's never-ending interference with UK sovereignty. But until the UK is finally out of the EU, they are bound by its courts and laws. For more on this, read the Telegraph's full report here.