Home Archives Contact Us Subscribe Twitter MeWe Facebook Patently Mobile
Apple Patent Reveals Apple Pencil Working with the iPhone and on a Wider Range of Applications
Oh, About the AirPods Being Ready to Ship now …. No. Delivery in Canada, China, the U.K and Elsewhere is Six Weeks 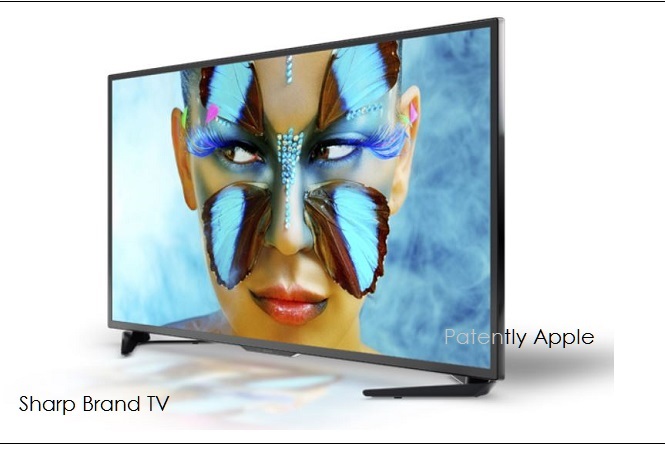 Taiwan's Hon Hai Precision Industry and Japanese subsidiary Sharp aim to take a huge leap in TV sales in 2018. In fact their goal is to double sales and in order to be able to do that Hon Hai has decided to tell Samsung that they have no interest in supplying LCD panels to them for TVs next year. That news has sent Samsung into a panic and is now trying to strike a deal with rival LG who has little incentive to assist a competitor that they're always at war with. That just goes to illustrate how hard Hon Hai's news has struck them.

Abandoning one's biggest customer is a gamble. But "we're fairly certain that we'll be able to replace our business with Samsung by selling to other customers and using panels in our TV sets," a Sharp official said.

Panel prices have risen lately amid growing demand for large TVs in emerging economies. With supply expected to remain tight next year, there is a good chance that Hon Hai and Sharp decided to ensure they will have sufficient quantities of panels to sell more Sharp-brand TVs in China and Southeast Asia, according to Hsieh.

Sharp has announced a goal of roughly doubling current global sales of its Aquos-brand LCD TVs to 10 million units in fiscal 2018. Furthermore, Hon Hai, which operates under the name Foxconn, is leading a project to build one of the world's biggest television LCD panel plants in China.

Hon Hai Chairman Terry Gou has said that his company, working with Sharp, will be able to beat Samsung. Since Gou's sense of rivalry against the South Korean electronics giant is well known, Taiwan's news media have reported Sakai Display's decision as a possible "declaration of war" against Samsung by the Foxconn group.

I think most Apple fans will give Foxconn's chairman Terry Gou two thumbs today up for having the courage to tell Samsung to go pound sand. Am I right?