It's being reported today that Samsung Electronics is planning to use direct touch flexible display technology beginning with the 5.5" Galaxy S8 (tentative name), which is set to be released in spring of 2017. Although Samsung first introduced this feature with the new Galaxy Note 7, its full display was not revealed due to a discontinuation of Galaxy Note 7.

Industry sources are now reporting that Samsung Electronics is planning to use Y-OCTA technology for its next strategic Smartphone called Galaxy S8. Main function of this technology is to implement a touch sensor during a process of manufacturing of a display.

Until now, Samsung Electronics had been using films to implement touch function on flexible displays. It formed electrodes on top of films that are made of plastic and used add-on method that attaches these onto displays.

Y-OCTA technology eliminates this add-on method and instead forms electrodes with touch function inside of a display (insulator film).

Apple calls this technology 'In-Cell' and has been using it for some time now. Apple has at least two patents on this (One and two) and one in particular is for OLED displays. Whether Apple will use this technology on their new OLED displays in 2017 is unknown at this time.

For the record, when Apple's VP of Worldwide Marketing Phil Schiller was introducing the iPhone 5 back in 2012 he stated that "The engineering team went much further. They've done some breakthrough work and have integrated touch sensors right into the display itself," referring to the next generation in-cell display. This makes the display 30% thinner than the iPhone 4S while making the image sharper with less glare in sunlight. It's truly the world's most advanced display."

So Samsung bringing this feature to market five years after Apple introduced it under a complex acronym 'Y-OCTA' that no one seems to know what it even stands for is a joke, not a breakthrough. With so many features in the Galaxy S8 copying Apple's iPhone 7, why not just call their next smartphone the 'Copycat 8'? 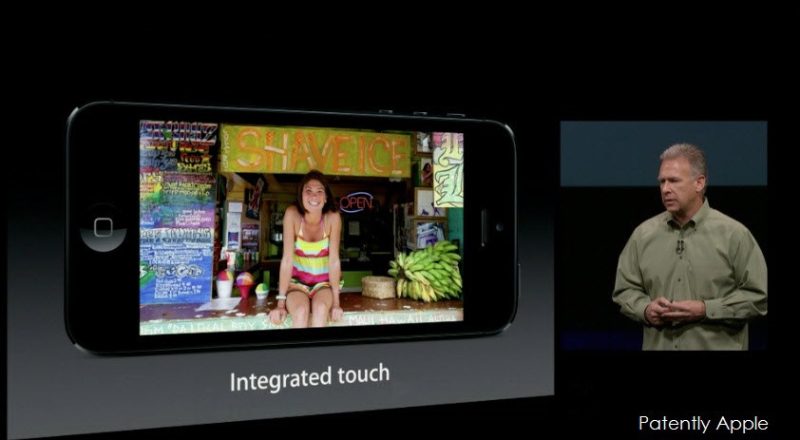