Retiring Lead Lawyer in the 2012 Apple v. Samsung Trial says that Apple is One of the Most Important Companies in the U.S. 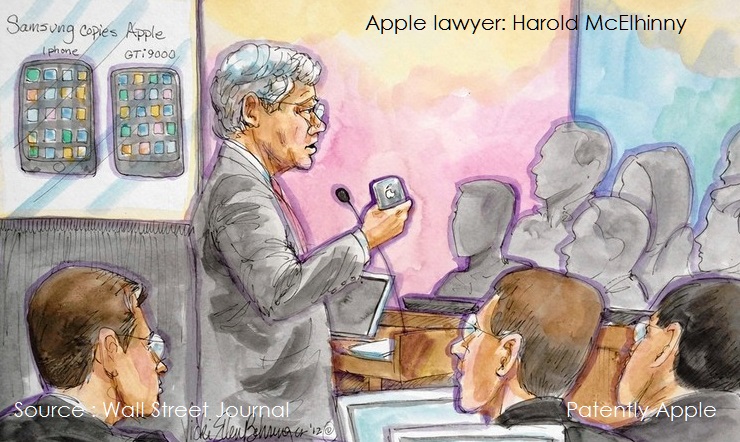 The IP litigator that led Apple's 2012 smartphone "trial of the century" has formally retired after 40 years with Morrison & Foerster. He officially began his retirement last night in Italy, according to sources.

McElhinny was "born into the one true law firm," as he calls it, after graduating from University of California, Berkeley law school in 1975. During the 1980s, MoFo's then-chairman, Robert Raven, steered him toward intellectual property cases, notably Fujitsu Ltd.'s defense of copyright claims by IBM Corp. The case was transformative: McElhinny battled with legendary IBM general counsel Nicholas Katzenbach and Cravath, Swaine & Moore partner Thomas Barr. He also gained entrée into MoFo's growing Japanese client base. Afterward McElhinny split his time between Tokyo and San Francisco.

McElhinny headed up MoFo's litigation department from 1996 to 1999. He co-chaired the firm's IP group from 2006 to 2009, then served as firmwide co-managing partner before taking the leading role for Apple in its 2012 patent trial against Samsung Electronics Co. That trial, which made him a big name in Silicon Valley, ended with $930 million in damages. He tried a second case between the same companies over different patents that produced a $119 million verdict in 2014.

Samsung has already paid Apple a little more than half the original $930 million verdict. But the U.S. Supreme Court put much of it back in play last month by tweaking the law of design patent damages. Both McElhinny and MoFo IP chief Michael Jacobs said they could not comment Tuesday on who would assume the leading role at any retrial on the design patents or the other handful of patents that remain scheduled for retrial before U.S. District Judge Lucy Koh of the Northern District of California.

"Apple is one of the most interesting, most important, most successful companies ever founded in this country," McElhinny said. "It's really an honor that they asked me to participate in those cases."