Oh, About the AirPods Being Ready to Ship now …. No. Delivery in Canada, China, the U.K and Elsewhere is Six Weeks 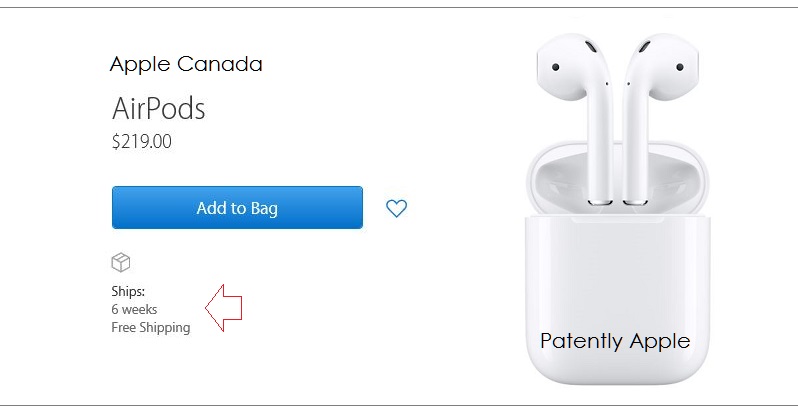 However, as our cover graphic shows, in Canada, the UK, Hong Kong and elsewhere shipping is "6 weeks." That of course confirms that they won't technically be ready for Christmas. Was Apple trying a PR stunt or is the information on all of their online stores outside of the US not updated? Something tells me it's 6 weeks and the won't be available for under the tree in time.

I'll go to my local store next week, prior to Christmas in the hopes that Apple will keep their word. I'm not really optimistic about my chances of getting them – but we'll see next week. In the end, I think our report stating that they would begin shipping in early 2017 stands as correct ... for most of the world.