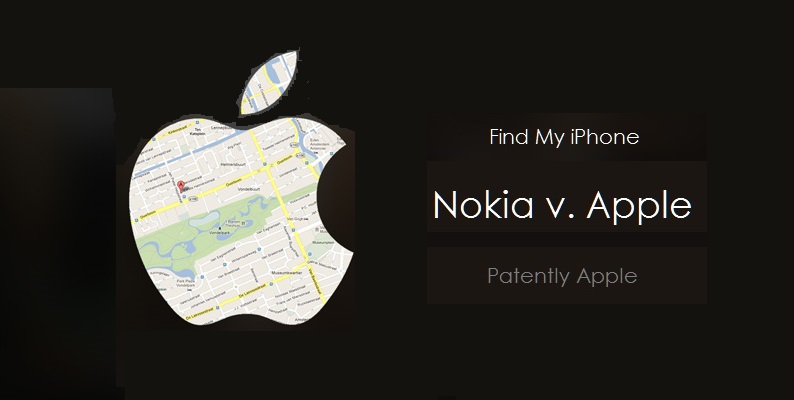 Yesterday Patently Apple posted a report titled "Part 1: Nokia Files an 8 Count Patent Infringement Case against Apple Primarily Focused on the H.264 Standard." In Part two I uncover a second patent infringement case that was filed by Nokia Technologies Oy and Alcatel-Lucent USA Inc. that contains a basket of ten patents referred to as Nokia's Patents-in-Suit. Unlike their first Infringement lawsuit that basically focused on the H.264 standard, their second lawsuit is a shotgun approach with every patent covering a different aspect of technology.

In this lawsuit Nokia attacks Apple on several technical fronts including the iPhone's use of RF technology from Qualcomm, various Siri services including "Find my iPhone" and the actual industrial design of the iPhone that includes the cutout for its backside camera.

Apple purchases specific parts for their iPhone 6s from Qualcomm and one such part that is highlighted in this case is presented to you further below in this report. Nokia basically claims in their filing that the technology that Qualcomm uses in their part infringes a Nokia patent. So why is Apple being sued for alleged patent infringement on a Qualcomm part? Shouldn't Nokia be suing Qualcomm first to make that determination a fact of law? To be sure this is an overreach by Nokia to be accusing Apple of this patent infringement rather than Qualcomm.

With a lawsuit overreaching as it is, you can understand why Apple decided to pull all Withings products from their retail and online stores out of retaliation. The Withings brand is now integrated into Nokia's Digital Health unit, according to MacRumors who broke the story on Friday.

In a partial highlight found in Nokia's lawsuit relating to Qualcomm's RF part found in the iPhone 6s Nokia notes that "For example, as shown below, the iPhone 6s includes a Qualcomm MDM9635M baseband processor that, on information and belief, includes a digital signal processor. On information and belief, the Qualcomm MDM9635M produces a digital baseband quadrature signal that represents the information to be transmitted via the Qualcomm WTR3925 RF transceiver.

It would appear that giving consumers the ability to make cellular phone calls on a cellular phone is owned by the Nokia gods. Their arrogance in making such an absurd claim is astounding. Don't they lock up people in rubber rooms for less?

Some of the other Apple features challenged by Nokia relate to Siri and Find my iPhone. Nokia even challenges the iPhone's shape and camera cut-out on the rear side of the iPhone as infringing their patent 9,473,602 as noted below. 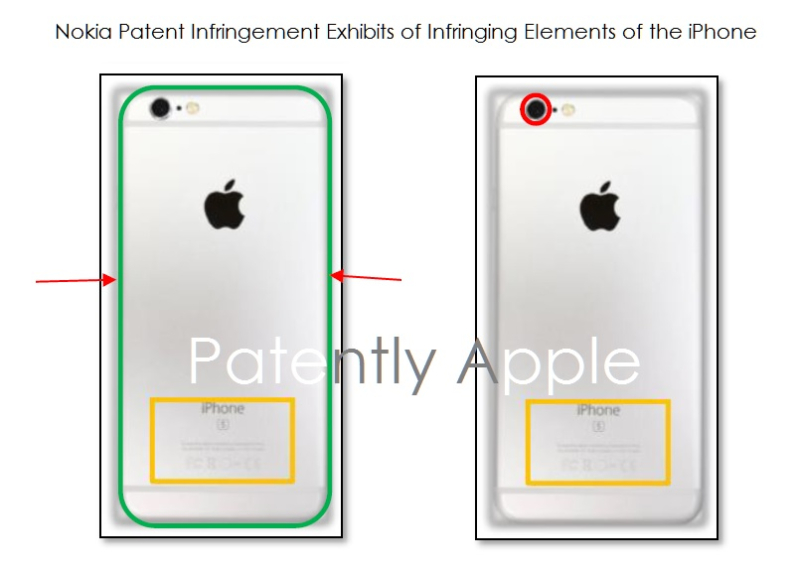 As for Siri, Nokia's lawsuit claims that many aspects of Siri services infringe their '294 patent. The filing specifically points out that Siri uses a series of processes that infringe Lucent Technology patents over the use of databases and tables that interact with web-based applications like music and mail. Overall, Nokia further claims that Apple's iOS 10 specifically infringes claim #7 of the '294 patent. 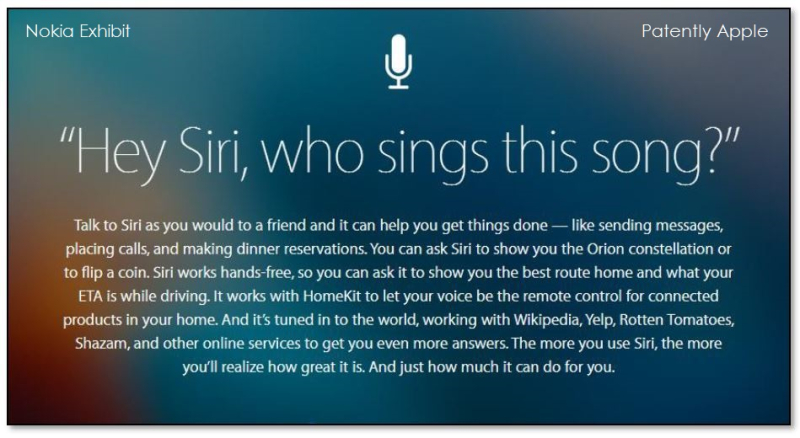 At the end of the day, to better understand this case from top to bottom requires that you review all of the materials available to you. Below are links to the patents that Nokia is using in this case and further below is a copy of the full patent lawsuit as was presented to the court in Texas. For the legal beagles and patent sleuths among us, enjoy.

The Ten Counts of Patent Infringement against Apple

In the end it's difficult to understand how one lawsuit can cover such a quantity of varying aspects of a smartphone to be argued at one time before a non-technical jury.

Perhaps Nokia's strategy is to completely overwhelm and frustrate a jury of non-technical members in the hopes that they'll just throw their hands up in the end and decide on a verdict by saying "Eeny, meeny, miny, moe" and give Nokia one or more wins out of sheer frustration to make it seem that they're fair jury members.

It's a crazy legal system and Apple is going to have to spend a lot of money and time to try and make this simple for a jury to digest. But in the end, I'm not sure that will suffice. They should move all patent cases out of patent troll friendly Texas and send them to Vegas – because it's really now become a game of playing the odds of an outcome of a trial rather than winning on the merits of the patents. It's a joke.

The patent infringement case 2:2016cv01441 presented in today's report was filed in the Texas Eastern District Court. The Presiding Judge in this case is noted as being Judge Rodney Gilstrap.

In case you missed it, see Part One: Nokia Files an 8 Count Patent Infringement Case against Apple Primarily Focused on the H.264 Standard