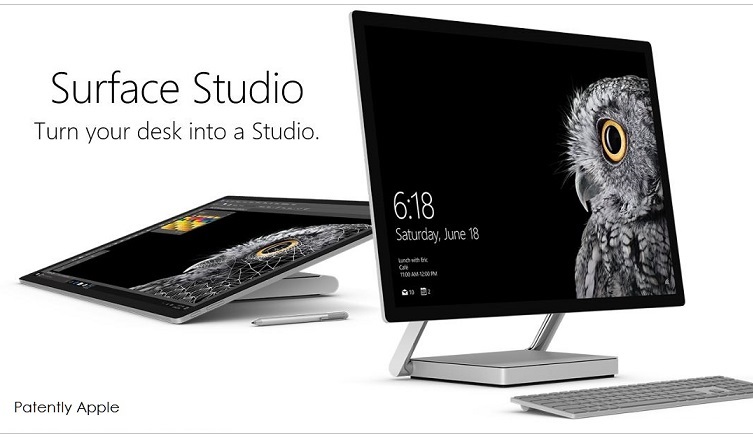 The week before Microsoft launched their Surface Studio all-in-one iMac challenger, the news that Microsoft's Surface tablets jumped 38% in its latest quarter was to pump up the Surface brand prior to their desktop event. I pointed out that their seemingly impressive statistic was actually miles from relevancy when compared to Apple's iPad sales. Microsoft's tablet sales added up to $926 million in contrast to Apple's $4.876 Billion. In reality, Surface tablets are miles from Apple's leading iPad.

The press went on to pump up Microsoft's event over Apple's MacBook event. MIT went so far as to say that Microsoft is looking like the New Apple. Earlier this month Microsoft's marketing VP boasted that they saw more MacBook switchers to Surface products ever due to the disappointing MacBook for Pros. Next month we'll see how both sides did in terms of sales and I'm sure that Apple will once again bury Microsoft's mild bump in Surface sales. But somehow the press will figure a way to show that the 'Big Mo' is on Microsoft's side.

While Microsoft's new Surface Studio is a sexy desktop, at the price that they're selling it for, it's clearly out of reach for average consumers. It's truly aimed at a tiny niche of Pros. With all the hoopla in the tech press about the new Surface Studio, you'd think that the end result would be selling about a million, being that it's the holiday season and all. But in reality, the initial estimates are almost laughable.

For the record, Apple ships about 3.5-4 million all-in-one iMacs a year and is the second-largest all-in-one PC vendor worldwide behind Lenovo. According to a new report published earlier today "Global shipments of Microsoft's top-end Surface Studio all-in-one PC during the fourth quarter were originally estimated at 15,000 units mainly because its prices of US$2,999, US$3,499 and US$4,199 are much higher than other AIO PCs', but actually may reach 30,000 units based on orders, and Microsoft has ordered 30,000 units to be shipped in the first quarter of 2017, according to sources.

So maybe they sold 30,000 units for Q4 2016. I'll say it again a little S L O W E R so that you don't miss this surprising if not sobering statistic: Microsoft may have sold 30,000 units for the quarter. Yet somehow that tiny amount will be overblown by the press and translated into some kind of staggering success proving that Microsoft is the New Apple. Do I laugh or cry at this Fake News perpetrated by a member of the mainstream press?

For now we await the financials of both Apple and Microsoft to see if we'll be able to find any proof that Mac Switchers to Surface even register on either of their balance sheets. Something tells me that Microsoft's VP of Marketing won't be able to prove his mythical claims while Apple's MacBook figures will likely be close to record breaking with numbers that Microsoft might be able to match by the year 2036 – if they're lucky.