Home Archives Contact Us Subscribe Twitter MeWe Patently Mobile
Frustration and Anger over the AirPods Delay Continue to Spill over to General Anger Aimed at Apple
Apple Invents a Virtual Ruler Tool for Future iWork Apps like Keynote, Pages, Numbers and Beyond 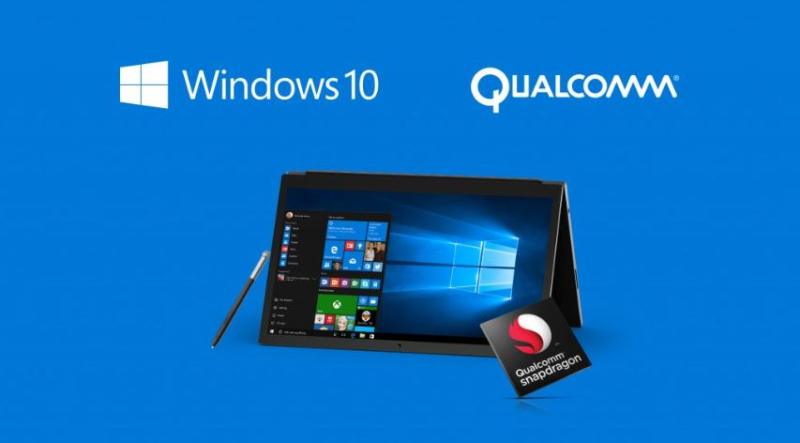 Patently Apple posted a report back in October titled "Microsoft's Big Boom in Surface Sales Last Quarter still Miles from Relevancy in Comparison to Apple's iPad." Microsoft's bump in sales still didn't get them unto the top five tablet vendors list. In 2017 Microsoft is going to put a big push on their next-gen Surface Book, because at the right price it could be a breakthrough product. But Microsoft isn't going to rely on just that tactic. No, this Thursday Microsoft is going to try and shake things up once again in the tablet space in an effort to break Apple's never-ending dominance in tablets.

While rumors point to Apple gearing up to introduce a new iPad Pro models in the first half of 2017 including new sizes, Microsoft is planning to take another twist for 2017 that could finally get more foreign OEM's behind Windows 10 based tablets, away from Android. Reportedly Huawei and Lenovo are going to release hybrid tablet notebooks in 2017 with Window 10 instead of Android – and you'll see why later in this report.

Yet the twist this week will be to introduce Windows for Qualcomm Snapdragon processors. The Wall Street Journal (subscription required) reports that Microsoft Corp. is working with Qualcomm Inc. to spawn a new breed of tablets and notebooks that promise to diversify the software giant's technology base and give the chip maker access to new markets. The partnership will result in an update of Windows 10 that runs on a chip in Qualcomm's widely used Snapdragon line of processors, the first Windows 10-Snapdragon pairing.

The collaboration, to be announced Thursday at the WinHEC hardware developer conference in Shenzhen, China, is meant to encourage hardware makers to build lightweight Windows devices that, unlike most tablets and laptops, have a cellular modem built-in.

That means users will be able to connect to cell networks smartphone-style, without the need for additional hardware, Microsoft said. In addition, the devices will offer longer battery life than most laptops.

Last year Patently Apple posted a patent report titled "To shake things Up, Apple may Add Cellular Voice Capabilities to the iPad via a new Wireless headset." The patent was originally filed in 2014. Yet once again it's Microsoft that will first run with that idea to market first. Microsoft cashed in on Apple's notebook-tablet hybrid with their Surface Book and a soft cover keyboard patent that they jumped on for their Surface line well ahead of the iPad Pro. Patently Apple also has a section dedicated to the Cellular MacBook here.

Microsoft's Terry Myerson, Executive Vice President, Windows and Devices Group, blogged this week stating that the next-generation of Windows called 'Windows 10 Creators' will empower a new wave of creativity, bringing 3D and mixed reality to everyone.

More importantly Meyers announced that Windows 10 is coming to ARM through our partnership with Qualcomm. For the first time ever, our customers will be able to experience the Windows they know with all the apps, peripherals, and enterprise capabilities they require, on a truly mobile, power efficient, always-connected cellular PC.

With Windows 10 on cellular PCs, we will help everyone make the most of the air around them. We look forward to seeing these new devices with integrated cellular connectivity and the great experiences people love like touch, pen and Windows Hello, in market as early as next year.

Qualcomm said in a statement that the first Windows 10 devices using its chip will be "commercially available in the second half of 2017."

Forrester Research Inc. analyst J.P. Gownder said that "If Microsoft is successful – it could make Windows tablets and notebooks more competitive with Apple's iPad Pro. It could even lead to new mobile computing form factors."

In late October Patently Apple posted a report titled "The Battle between Microsoft and Apple Events focused on the Pro Market Sets off a Firestorm." It seemed like it was Microsoft winning the innovation game this year if you read the vast majority of tech press reports outside of the Apple community. The buzz was that Microsoft was gaining the momentum with fresh ideas.

This Thursday Microsoft is going to shake things up once again to keep their momentum and buzz about Windows 10 at a peak. There's been a lot of energy coming out of Microsoft of late while Apple on the other hand is getting a bum rap from the media focusing in on the delayed AirPods, iPhone fire and power down issues, MacBook Pro graphics issues, the iPhone 6 Touch Disease and a lot of grumbling from critics over the MacBook Pro being a real yawner. You have to admit it's been a lousy quarter for Apple, media wise.

Yet let's not forget that at present it's Apple who is king of tablets, king of smartphone profits (by an obscene amount), offers the bestselling smartwatch (not that cheap fitness tracker band garbage) and has the most profitable App Store by a country mile. So while it wasn't an exciting year for Apple in terms of new products that won over the critics little hearts, let's not lose focus here. When it comes to making profits, Apple's competition still has a lot to learn - and that's the bottom line. Though admittedly, a little excitement thrown our way in 2017 wouldn't hurt, that's for sure.