In July Patently Apple posted a report titled "Apple Supplier LG Racing to Develop Foldable Displays for Future Smartphones and Tablets." The report noted that LG had begun work on commercializing foldable displays for smartphones that could fold out and have a display as large as a tablet. LG was working on both fold-in and fold-out designs. A fold-out prototype design from Lenovo is noted below. China's Oppo is also experimenting with foldable smartphones and Samsung is actually to launch a design or two in 2017 in a limited run to test out its popularity in the market. LG was working with Canadian company Ignis Innovation who at the time said that foldable smartphone were still a few years away. Evidently a few years away is likely to translate to 2018, if a new Korean tech report is correct. The new report wildly speculates that LG is currently working with Apple, Google and Microsoft on 'folded-out' smartphones. 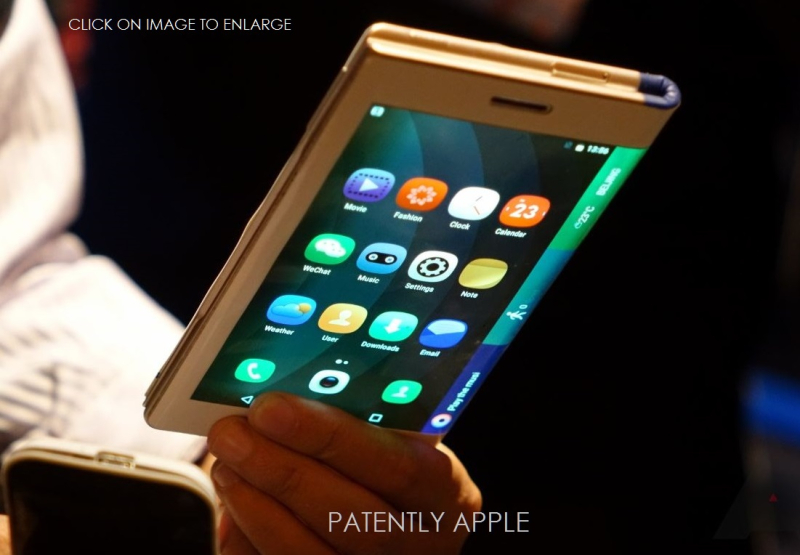 The Korean report blindly mentions LG working with an "outside business" which we have identified as Ignis Innovation.

While Apple has many patents regarding foldable devices, the Korean report makes quite the speculative leap that Apple will introduce iPhones with flexible/foldable OLEDs starting from 2017 that are to compete with foldable smartphone and tablets from Samsung. 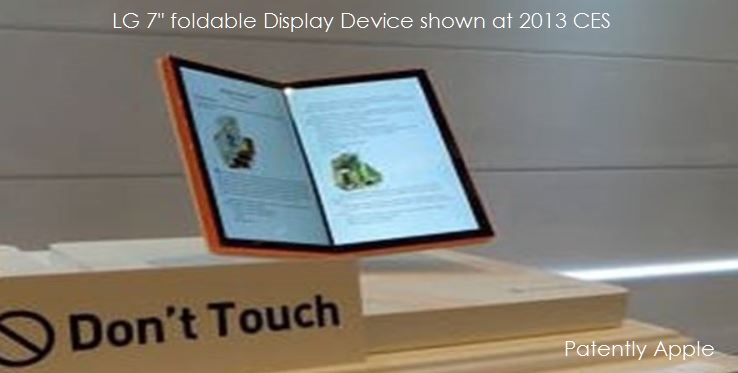 At the end of the day the report from Korea's ETNews is really more of a propaganda piece promoting the superiority of Korean display makers over their Chinese competitors. We noted in a report this week that a sea of new OLED display makers will be in production over the next 18-24 months which will put pricing pressure on both LG and Samsung.

The Korean report notes that "Industries predict that South Korean companies will be the ones to compete for top positions again within markets for foldable panels. Although Chinese manufacturers such as Lenovo and Oppo introduced prototypes of foldable panels, level of perfection of their technologies is very low. Their major technologies such as parts of a panel that are able to be bent and films that replace cover glasses are not near being commercialized." So wildly claiming that Apple, Google and Microsoft are choosing Korean display over any Chinese supplier is more of propaganda piece.

While it may be true that Apple, Google and Microsoft are eyeing the foldable phone and/or tablet market, I don't believe that all three US tech companies are on the verge of commercializing one anytime soon. Yet with Samsung and LG being leaders in display technology you can never say never.

The one report that still holds water is that Samsung is likely to be first with a working model of a foldable device in 2017. Their success or failure in delivering such a device next year will set the tone for the industry to hold back or move full steam ahead.