It's Crunch Time: Will Samsung Pull the Trigger and Launch a Foldable Smartphone in 2017 or Chicken Out? 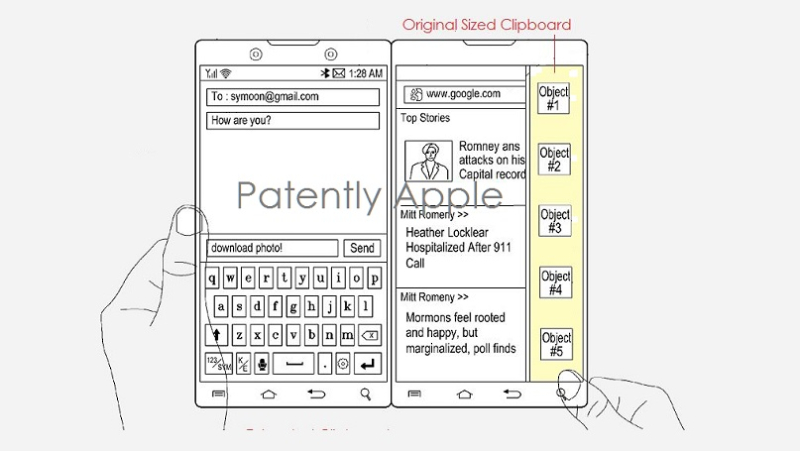 In early October Patently Apple posted a report titled "Copycat Samsung to Introduce Galaxy S8 in Q1 2017 with Dual Cameras and No Home Button." The report had an extra segment sub-titled "A 2017 Surprise: A First to Market Smartphone." We noted that a Korean press report had claimed that Samsung was hinting they would introduce a new smartphone never seen before at the 2017 Mobile World Congress event. It was suggested that it could be related to a foldable smartphone, part of 'Project Valley.'

Today the rumor has resurfaced in South Korea, coincidentally on a day when a published patent application from Apple revealed another foldable device invention.

According to the Korean report, Samsung is currently working on a two track approach to a foldable smartphone. On the first track, they're working on a device that provides two separate displays that are able to fold over. Some designs have a hinge and others don't. 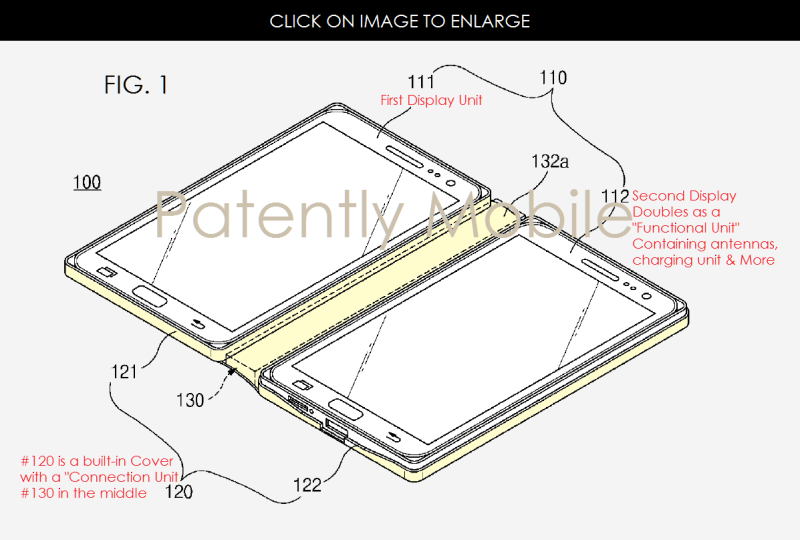 The second track covers a larger display that could actually fold over without the need of a hinge. These designs have been covered extensively by our Patently Mobile IP blog and archived here. Some of the more popular reports on this subject are covered here: one, two and three.

The report says that Samsung will experiment or test the new category of smartphone to gauge response. Samsung did this with their first generation of their Edge styled phones. They couldn't keep up with demand which encouraged them to go full tilt the following year with their two sided Galaxy S7 edge. 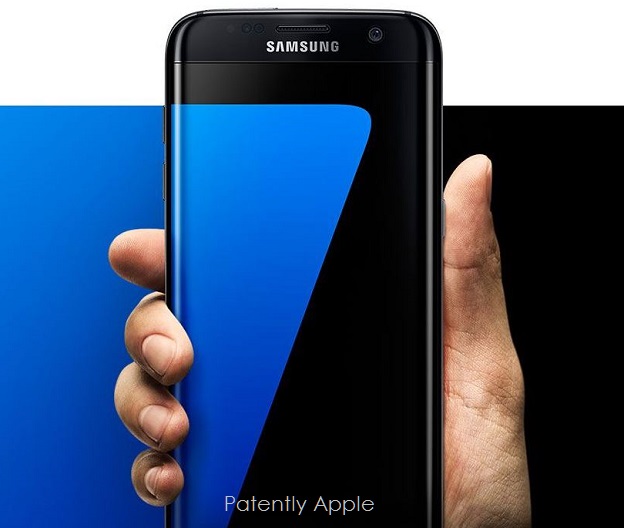 Samsung who had the foldable smartphone lead in theory, due to their many patents, now has to get it out to market because competitors are already showing prototypes of their designs at trade shows. One such prototype is from Lenovo as noted below. This is considered a 'Fold-Out' design. Reportedly China's Oppo is also working on such a smartphone with Japan's JDI. That design is based on a dual display. While Apple has some time to push for their own prototyping phase, it's clear that Samsung, Lenovo and Oppo are pushing the envelope to get ahead of Apple for good. At present the Chinese OEMs are catching up to Apple in global smartphone shipments. A killer iPhone category leaving Apple in the dust could pose a problem for Apple if the design proves to be popular.

Because of the Note7 disaster, Samsung is hesitant to launch a foldable smartphone in any great quantity to ensure quality issues could be dealt with. Another recall or discontinuation of a next-gen smartphone could a bullet in Samsung's head. On the flip side, getting a leap in a new category could be what they need to put them back in the driver's seat. Samsung once ruled the market with their phablets and then got crushed once Apple's iPhone 6 debuted.

The good news is that this isn't about patent drawings any longer. The prototype phase is now in full bloom and that's the starting flag to a new race in a new category of mobile devices and perhaps the next evolutionary stage of the smartphone. Today's Apple's patent filing at least puts them in the running. But Apple may not want to take the lead on this front. They may wait to see what works and what doesn't and then put their own spin on such a product if it proves there's a market for such a device.

For now, the next move is in Samsung's court. Will they take the gamble and test drive one or two models of a folding smartphone as the new Korean report suggests or will they chicken out because of the Note7 disaster being too fresh in their minds? Tick-tock ... tick-tock, I guess we'll see what happens in Madrid in February.